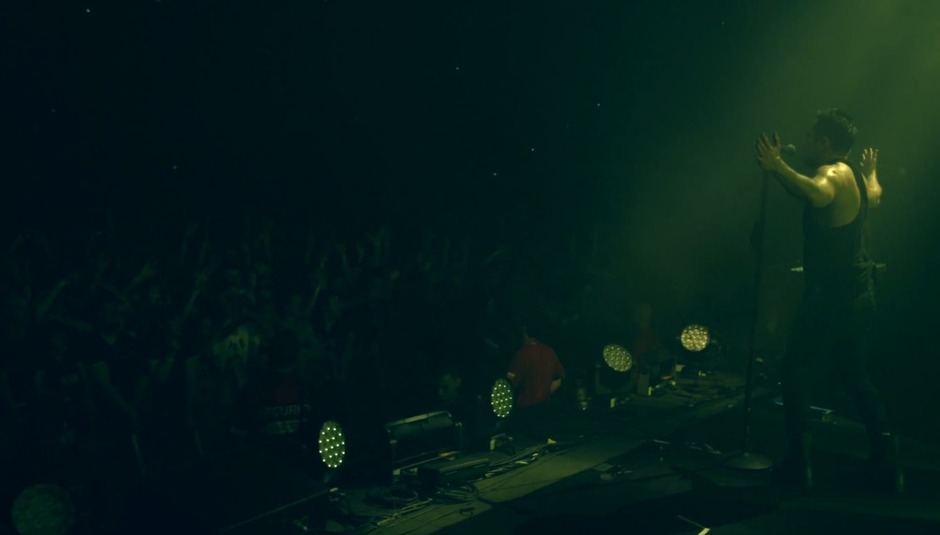 Ahead of Nine Inch Nails' UK tour in May, DiS is pleased to premiere this incredible live footage from their show in Melbourne last week at the Rod Laver Arena.

If there was ever any doubt that the band have gotten better and more intense with age, click play on this live footage of 'March of the Pigs' (Recommended: go full-screen as it is 4K ultra-HD):

If after that your appetite is whetted, you'll be relieved to know that a few tickets remain for their upcoming UK dates. Grab your tickets here. Dates are as follows: 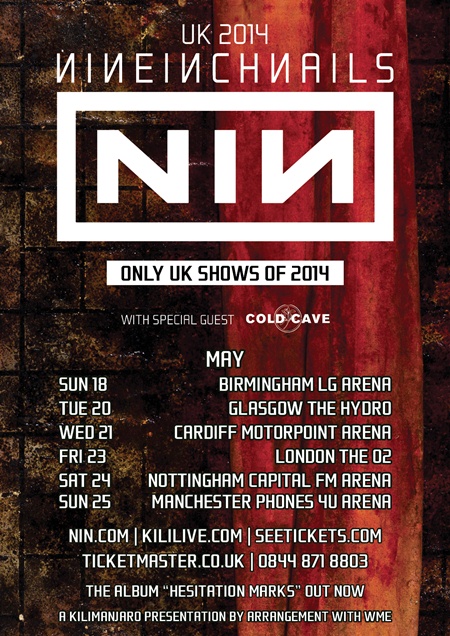 More dates across the world up on tour.nin.com.

NiN's new album Hesitation Marks is out now (9/10 Review). They also recently released a remix record with Coil, read about it over on TheQuietus.

From the Archive: DiS meets Trent Reznor to discuss the soundtrack to The Social Network and finds out why Facebook "sucks".

Nine Inch Nails: Tension, an expanded Blu-ray/DVD/digital release, is coming in Spring 2014 with tons of extra content, 5.1 surround sound, and more. Sign up at http://www.nin.com/pub/tension to be notified as soon as pre-orders go live.

Setlist:
copy of a
march of the pigs
piggy
all time low
disappointed
came back haunted
sanctified
in two
the big come down
the hand that feeds
head like a hole
even deeper
while i'm still here
hurt