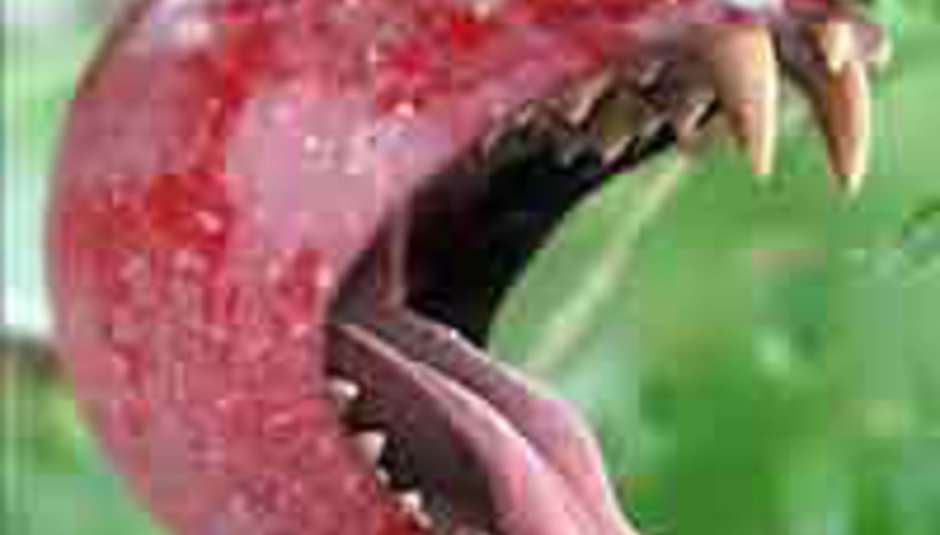 CMJ: Murmuring and myths at an American college rock festival

CMJ: Murmuring and myths at an American college rock festival

New York City is a tunnel of thieves and vagabonds; a nauseous tale of debauchery told through the medium of billboard advertising and raucous taverns. The smell of angst signals the desperation of the locals to ransack, purge and rape any hint of cultural improvement. But once the rock star hipsters become easy to spot, the day-to-day challenge of reporting the truth can begin.

I've been told to head for thebigapple to see if I can get the juicy on the gang of gajin talking Yo La Tengo at a shindig called CMJ.

CMJ is a devilish collection of industry narcs, two-bit bar band bozos and chili hot dog vendors, all hoping to stand close enough to 2005's collection of great white hopes to trade it in for sexual favours and popularity back home. There is much murmur of myth and manic dashes across the long, cavernous city to attend a variety of trophy shows and dancing queen competitions. The Kentucky Derby, this is not.

But, at least the bastards have a sense of humour; they've sent the nefarious indie farm boys to the Lincoln Center, one of the city's most notorious establishments for traveling politicians and evil operatics. In the middle of the hall, more used to camera crazy Japanese students and ol' folk, hordes of rambling, haughty young dope fiends seek permission to be cool. The scene resembles a Myspace hot tub; punk rock kids drinking Pabst and college rock mamas with too many laminates to start fires meet in an unholy environment that doesn't quite feel real. An afternoon of this humid cookie baking hospitality is enough to send any cracker crazy.

As I make my way to the first set of noisy encounters, I spy Hilly Kristal, Jerry Garcia look alike and owner of punk dump CBGB, murmuring about the homeless and the power struggle with the Republican mayoral office. "What do you think about the bands?" I ask. "The first rule of trophy shows," he screams, "is that you don't talk about trophy shows. And anyway there's only so many Flipper reunions we can handle."

In spite of this, I bring you a list, in no way definitive or appeasing, of all of the bands, artists and drag queens that were involved in some way.

Top hot dang performance of the week was operated by Hockey Night, five chisel chinned chaps from Minneapolis. Flop haired '90s indie rock meets Elton John endorsed classic '70s arena magic. It's Pavement knocking on Led Zeppelin's door, ignoring the faux nods to British cool of the former and the extenuated Hammond organ breaks of the latter. Two drummers share the stage, one of whom would do well to hang out with the Les Incomp boys and show them that while cowbells are fun, steel stools make for better sticks. Hockey Night's angle-pop will be rewarded with increased social status soon.

De Novo Dahl are a world of pink flying robots and Norwegian girlfriends. A gang of bearded Norse-like brothers and sister – possibly not related - from Nashville Tennessee, play the day shift of a prison break out movie. Kitted out in tight stripy pajamas, it's rambling Trout Mask Replica records on a Flaming Lips storyboard.

The King of France show up with Boston piano romps that peg them somewhere near Folds/Malkmus land. Chug pop sits neatly with a somewhat British sense of indie cred and a Jerry Seinfeld world of characteristics. Note: Drummer Michael Azzerad is responsible for 'Our Band Could Be Your Life: Scenes From The American Underground 1981 – 1991', the most devilish tale of protoindiepunkrock bands in print.

In a recording studio at 3am, nearly naked and nasty, the Mean Reds are a boy band Blood Brothers clusterfuck. Balloons pop and hipsters shake, dancing to silence and Refused fused noise in equal measures. If the songs can be recorded, they've got some Icarus Line living up to do.

Cajun Gems are a ramshackle bluegrass Bright Eyes, all acoustic guitars and excuses. The steam of Chinatown's underbelly is making it unsafe to walk the street much later, but we have to get out of the doom before Robert Johnson turns up with his pals and makes us sign a pact.

We Are Wolves are serious guys; all droopy head dribblings and shoegazing charm. Electric pianos and suicide synths crash bang wallop against the walls of the dilapidated biscuit factory that is housing the shindig. It resembles Sigur Ros accepting the commercial viability of their product and signing the goddamn McDonalds sponsorship deal.

The Capes are British. Friends of those scallions, The Koreans. We're confused that they're playing their riverscuomo meets The Anniversary pop gonk in New York and not at the Brixton Windmill.

Kind Of Like Spitting is a quiet surprise; the big Thermals meets ATD-I emo that was expected is replaced with a lone folk pop that is one half Dashboard and one half Phil Ochs.

Girl on boy/girl action is underrepresented in the misogynistic world of the indie band camp, but The Reputation deal and shuffle their female Alkaline Trio boozy punk deck well enough to escape.

More noise: Fatal Flying Guillotines hang out in Your Enemies Friends part of town – big scabby guitars and fat guys screaming. It's got potential, but only once they get rid of the chubby cockguzzler talking Hydroxycut and stop bitching about how the major label record companies are avoiding them. Deal.

They may be balls, but at least they ain't Test Icicles. London’s trash scenesters manage to clear an empty room with their greasy gimmick shouting and blown-dry hairdos. Their tailored t-shirts and faux metal 'tudes are more Tenacious D than even the Towers Of London's tired schtick. Relying on fuzzed out backing tracks and poor J(ohnny)R(otten) impressions, it could have been electrifying rather than vulgar. Even Steve Lamacq was embarrassed at the back, as the churlish swirl of karaoke childishness stopped him getting his mack on.