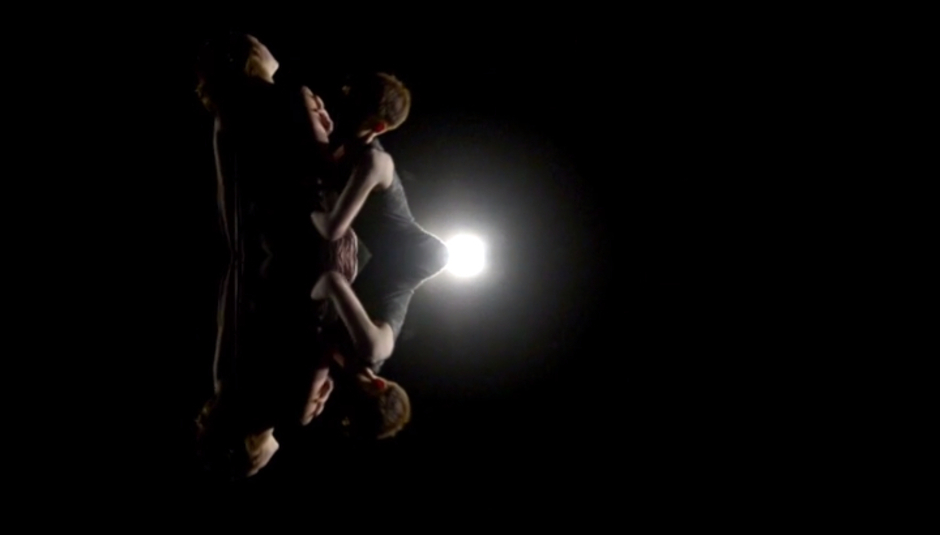 CUTS are the latest signing to Geoff Barrow from Portishead's label. They will play at a DiS show headlined by The Twilight Sad on July 25th 2014.

Much-like Fuck Buttons, whom they supported earlier this year (they've only played one other gig and that was with BEAK>), CUTS create those slowly evolving dark, desolate, disco-drones. Despite the handy alliteration, disco really isn't the right word for these these bleak synths, but then whenever I hear Chromatics' 'Tick of the Clock' (from the Drive soundtrack, which Invada released in the UK) or Factory Floor I can't stop thinking about Donna Summer's 'I Feel Love' playing in a multi-story car park at 3am.

They describe themselves as "an audio-visual band / project" and every song they produce is accompanied by a short film (this also happens at their live performances too). There have been 4 videos so far, and here is the 5th:

Invada, who will be the band's label if any album is released, promise that "more films / videos announced over the next few months" so keep an eye on cutsmusic.co.uk (where you can also see the 4 previous videos) or follow the band on Twitter as @cutsmusic.