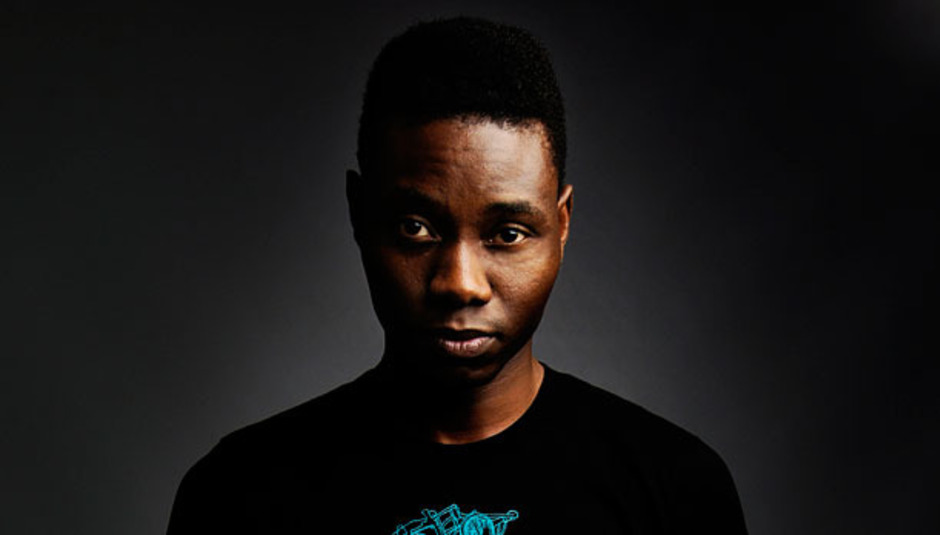 On Monday, Olugbenga (of Metronomy and DiS messageboard fame) releases Epic & Blues, which he explains "is comprised of wordless versions of remixes I've done in the last couple of years along with a couple of new original tracks," and he is "giving it away for free, but in a way it feels like my first proper release."

Before that Epic & Blues record drops on his Facebook on Monday, we have an exclusive stream of one of the tracks from the record, but first, we wanted to find out what the remix means to him...

In 1997 a gospel music group topped the Billboard R&B/Hip-Hop chart for the first time and they did it off the back of a remix. I was 14 years old and living in Nigeria. It wasn't the first time I'd ever heard of a remix but I think it was the first time that I got the concept. Kirk Franklin & God's Property had recorded a song called 'Stomp'. Their album was complete and Stomp had been chosen as a lead single. They commissioned a hip-hop remix. Then Salt from Salt N Pepa jumped on it and added a verse. All of a sudden the remix got upgraded to the main version of the track and the original version was relegated to the end of the album.

Observing this happen framed my understanding of remixes as genre-specific alternative versions of a song, designed to catch the ears of people who might never hear the original version otherwise. It also showed me that sometimes a remix can just be another version of a song that doesn't require knowledge of the original to justify its existence. Almost like a cover, but not quite.

When I moved to North London in the mid-2000s after finishing university, two things happened that had a further effect on the way I viewed remixes (and electronic music in general). First, I heard the Minotaur Shock remix of a Bloc Party b-side called 'Tulips' - a watershed moment for a lot of guitar music fans. Then I met a guy called Ian Carter who was then producing as part of Various Production, a sorta-dubstep outfit known for their no-holds-barred approach to remixes. Ian recorded a couple of EPs for my old band Akira. We had a song called 'Soho (Was Always There For Me)' which Ian remixed and mutated into another song entirely called 'Soho', which ended up on the one album Various released for XL Records.

Working with Various gave me my first opportunity to actually see someone making a remix. My knowledge of music software was still pretty limited and prior to this my only experience of studios was brief one or two day visits with bands to record demos. Ian showed me the basics on some of the programs, perhaps most significantly on Ableton Live which is now my go-to for production and DJing. Some producers around this time never even really listened to the original version of a track they remixed because they wanted to start work with as blank a canvas as possible. They just took the vocal and went from there. I tried this myself with mixed results. These days I never go quite that far, but I think elements of that approach have certainly stayed with me.

We live in a time now where remixes can sometimes outnumber original songs twelve-to-one. If you don't believe me, take a look at how many versions there are of 'Reckless With Your Love' out there. With this proliferation comes some uncertainty on the part of listeners about their status. If a remix isn’t for the club, what’s it for? I’d point to the plethora of terms to describe them (refit, re-rub, refix, rework, version, edit, etc) as evidence of this anxiety on the part of producers too. In a way, I think a lot of us don't want to finish something a track and realise it's just another remix.

I don’t let that bother me too much. Ten years ago I might have said that there are two kinds of remixes - ones for clubs and then all the other ones. Now I guess I’d say there are just good ones and bad ones. Who cares what they’re for?

"This was one of those tracks that came together quite quickly because I was up against a deadline. I was so up against it that when the vocal ideas came into my head, I had to record them on my laptop's built-in microphone - I didn't have anything better at home and didn't have time to go out and get a cheap mic.

Juxtaposition is a big part of what I do, and here the idea was taking a recording of someone speaking in tongues (one of the fruits of the Holy Spirit if you're an Evangelical Christian) and embedding it into this white noise-infused not-quite-hiphop track. That and all the pitch-shifted vocals (another big part of my style) give the whole thing a slightly eerie quality that I like."

Epic & Blues an instrumental EP of remixes and original material will be available to download for free on his Facebook page on the 23rd July.

You can catch Olugbenga Djing at the following shows