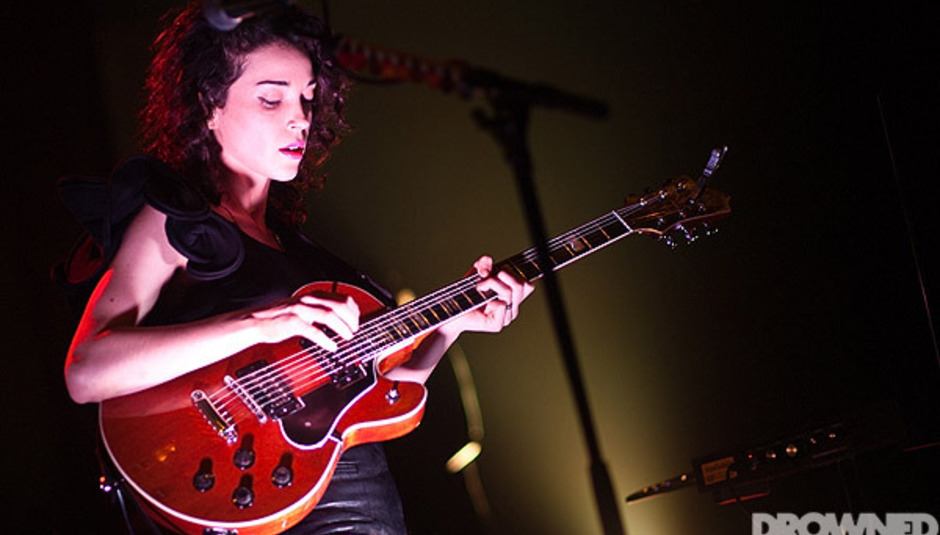 DiS' countdown to Latitude continues with three of our favourite acts...

Today's three picks, which you can should see at Henham Park near Sothwold in Suffolk between the 12th and 15th July 2012, probably need little in the way of introduction to folks who come to DiS often, but we thought it would be remiss to do this list without mentioning them... DiS' love of Belgian art-rockers dEUS spans back decades. For many of our readers it was catching them on Mtv's 120 Minutes, for others it was reading about them in Melody Maker. For me, it was hearing the distillation of every summery feeling trapped in my bones in the form of the track 'Little Arithmetics' on Radio1's Evening Session. Every giddy emotion that a vitamin D overdose can induce was met with this cool (in all senses of the word) breeze of being, like, skint. The drums sounded like skittering bugs and the squall of noise that ends it blew my young mind. Flip forward to now and I've come to love everything about their blistering mix of Sonic Youth's howlin' guitars, Prince's funky but bruised basslines and Tom Barman's ability to scrunch his lyrics into these obtuse, off-kilter and weird (but wonderful) little pellets in ways that only a few people, like, Dylan and Waits and maybe Jonathan Donahue, Mark Linkous, Wayne Coyne, Beck and maybe some others do.

Live, dEUS are a beast of discordance and rhythms that soar and soar then sucker-punch you with a glorious anti-climax. Ear-worms abound, so I pretty much promise you will be whistling their melodies for the days and weeks to come. If you've not fallen under their spell (we'll let you off because there seems to have been some sort of media conspiracy to deny this band their moment in the sun), get their back catalogue on, pronto.

Oh Annie Clark... I'm sure you don't need me to tell you she's one of the finest guitarists in the world right now. You probably don't need to be reminded that she's doing water-ski tricks on a wake of critical praise and that she has an album on the way with David Byrne. Live, expect evil guitars, glamour, graceful guitars, a voice that entrances hearts and hell-raising riffs...and maybe a just a little bit of crowd-surfing. The makers of DiS' album of the year 2011 probably need no more praise around here...we could at one time or another have renamed the site drownedinantlers.com and no-one woulda bat an eyelid. So I'll skip the pleasantries and just let their gorgeous new track and the links to bits in our archive do the talking...