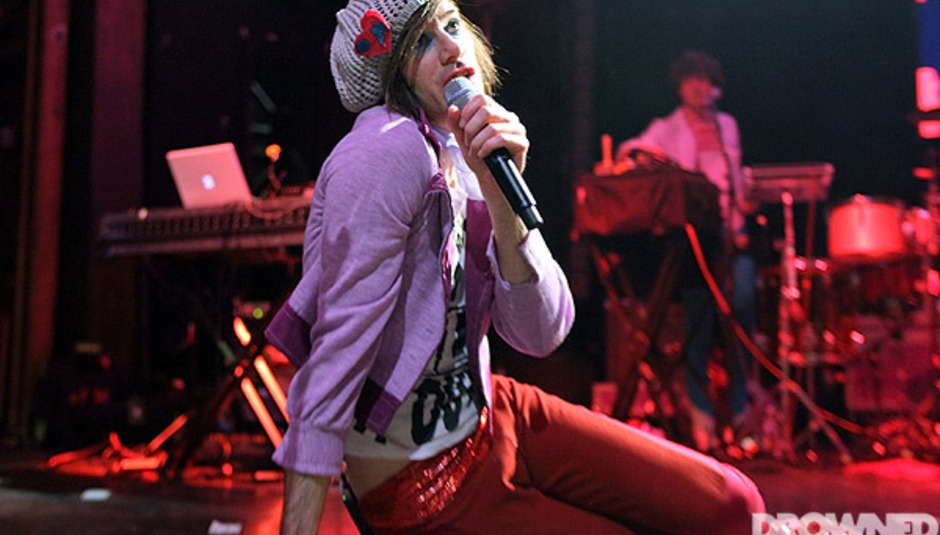 Kevin Barnes shares a mixtape of some of his favourite tunes, ahead of Of Montreal's European tour.

The UK dates began last night in Manchester, and continue as follows:

And then they head off to France, Spain and Italy, before returning to the UK for Green Man Festival in August.

Not picked up Of Montreal's new album Paralytic Stalks yet? Listen to it in full right here:

D'Angelo "Untitled (How Does It Feel)"

I recently revisited 'Voodoo' and it still stands up. I love the vocal arrangements and the odd grooves.

Brandy "The Boy Is Mine"

This is a duet with Monica, i guess I've been on a bit of a 90's kick as of late, the production on this track is badass.

Best intro to any live album ever, the backing band is crazy good and Blowfly just might be a genius.

Great diss song, Left Eye was too wild for this world.

I love Caroline's vocals, this song sounds like a great lost classic from the early 90's.

I first fell in love with Yukimi when I heard her on a Gorillaz track. I would describe this as music for sex in airports.

One of their more poppier tracks, I love 'Faust IV' and basically everything I've ever heard of theirs. The album '71 minutes of' is highly recommended as well.

Another debut album that hasn't gotten enough respect over the years. There are tons of classic songs on it, 'Live Wire' and 'Public Enemy #1' are other stand out tracks.

The Creatures "So Unreal"

I haven't listened to a lot of Siouxsie and the Banshees but this side project by members Siouxsie Sioux and Budgie was great.