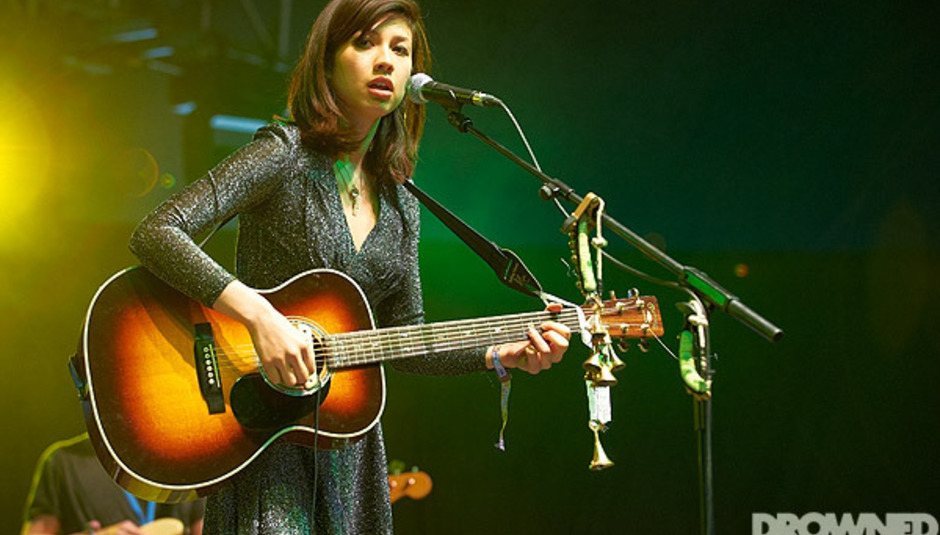 On the 7th of May, post-anti-folkster Emmy the Great releases a brand new single entitled 'God of Loneliness'. This is not just any ol' single, it has a series of remixes and a series of online comic strips. And a short film. And stuff.

There is fair bit to cover here, so let's break it down and start with what we have to premiere right here, right now, on DiS. First the remix by furban (or post-urban-folk, as you may know it) maker of beats Dan Le Sac which goes a little summat like dis...

Next up, while you're listening to that, have a gander at the the comic strip: If you missed the first in the series of comic strips and remixes, the first mix was by Banjo or Freakout (which you can hear in the Soundcloud player below) or you'll find that over on TheLineofBestFit.

As for the single... 'God of Loneliness' is set for release on on 07/05/12 via Close Harbour. It's a brand new tune, which didn't feature on Emmy's fiancé-frying second album Virtue. It's backed by a cover of the Mazzy Star classic 'Fade Into You'. If you don't know that beautiful heart-bending song, it sounded exactly like this:

There is also a 'God of Loneliness' video/short film coming soon, which stars Isy Suttie (Peep Show) and Shazad Latif (Spooks). It was directed by Chris Boyle, and was set in her favourite Brutalist tower block, west London’s Trellick Tower. Emmy has described it as a 'horror rom-com'. Oh, and there are more remixes to follow too from Dems and CSS.

Emmy just finished a UK tour with Noah & The Whale, and is currently somewhere in Germania with Ben Howard. For more further news visit emmythegreat.com or you can stalk Emmy on Twitter using this magic button:

Listen to Emmy the Great