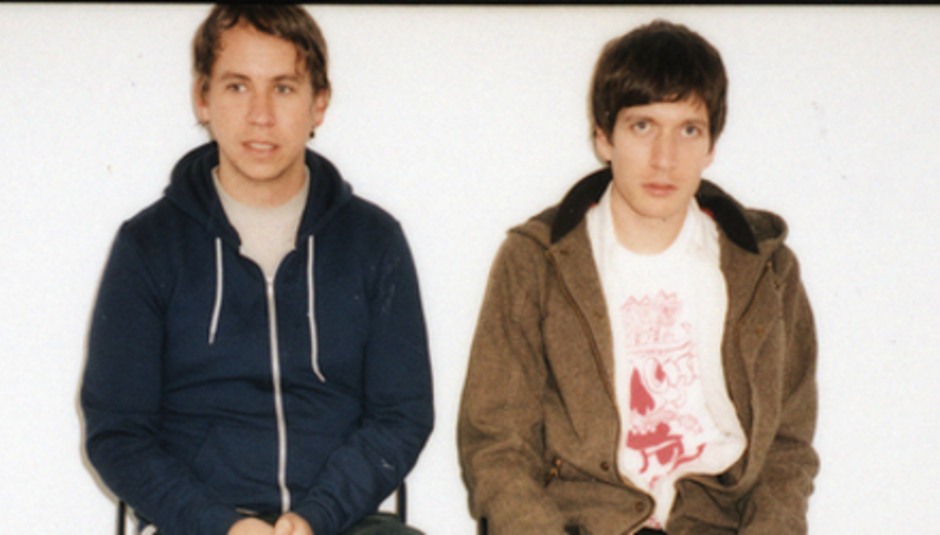 Los Angeles noisy-duo No Age release their new LP very soon indeed. It's called Everything In Between and comes out through that indie label of much repute, Sub Pop. You can also now stream it over at The Guardian. We did toy with stealing the code and posting it ourselves but that would have been against the spirit of internet exclusives, wouldn't it?

The best thing to do, then, would be to head over here and read Rosie Swash's thoughts on the record as they are 99.9% likely to be more coherent and sensible than anything I could come up with. Here's what the album art looks like, though...should you be interested. You can also read our review of the record here. And, we should remind you, that No Age play a special Drowned in Sound 10th anniversary celebration show on October 8 in Sheffield. More details about that here.