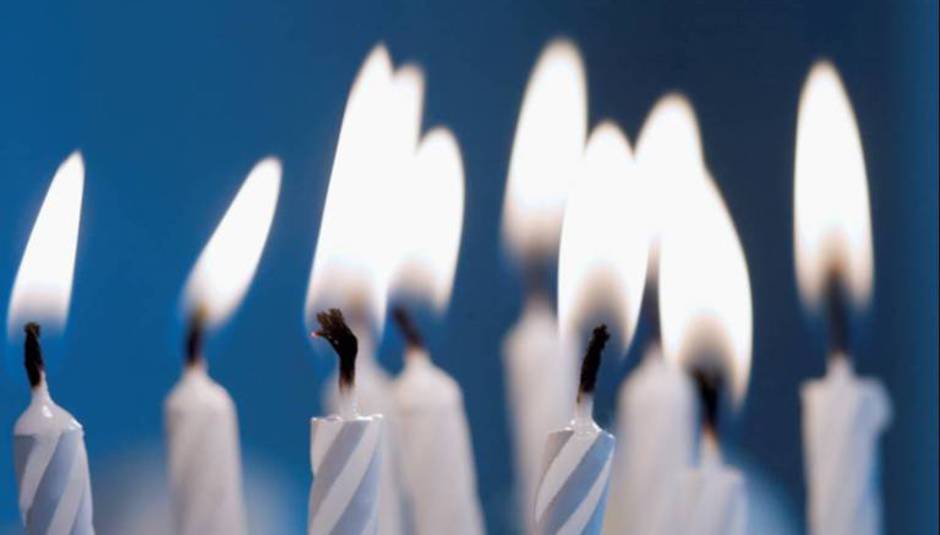 We're nearly 10. We're gonna party. Consider this your invite to join us.

It's little coincidence that 10 years ago, almost to the day, At the Drive-in released Relationship of Command. 'One Armed Scissor' was a mind-altering rally call to arms, limbs and lungs. With its lines about feeling like half of a pair, political deception and miscommunication, it's an odd song to consider as our Year Zero-like foundation from which DiS grew. It was that song and a hand-full of guitar-wielding guys with crazy eyes, that led to the emails which I sent around and messageboards which I, ahem, 'spammed', in the search for like-minded contributors, looking to express their love for music such as this. These tranmissions were mere echoes of that thrusting, jagged, punk rock but somehow, with no clue what we were doing and surviving a tenure on Murdoch's watch, we're still here and appearing on nearly half a million monitors a month.

I might be over-stating the impact of ATDI but I can think of only a few other reasons DiS kicked off (the death of Melody Maker and the fact this new internet thing meant we 'could' have a website, being the other main reasons) but thousands of articles, millions of threads and enough years to add up to a decade, here we are, still bashing at keys and gazing at screens, with headphones on and an unhealthy love for music in our hearts. We hope you've not hated every minute of it and that you might like to join us to commemorate?

So, how on earth do or should we 'celebrate' a website such as this reaching a 10 year landmark? We considered some real-world trolling with biiiig events but it felt more like trying to impress a few media oiks from London town, rather than doing something defiantly DiS. What we have put together for ourselves as much as for you, is a series of very-DiS events in the UK, in our "birthday month" of October, with bands we love. We're trying to cover the whole country but for now we can announce events in London, Sheffield and Manchester. These 'parties' will take place in warehouses, on roller-skate rinks and in traditional venues. They will feature bands you know, alongside names you possibly won't (yet).

We're very excited that our (guess I can't really speak for everyone and that should be "my") favourite live band of the past 10 years: No Age are coming over to paaartay. Dean & Randy will be heading over from LA and joining us in both Sheffield and Manchester, blasting, looping, shouting, and synth-soothing, in the ways we've all come to love. Oh and did we mention a roller-skate rink is involved?

Speaking of duos, that Blood Red Shoes two-some, currently all over daytime Radio1, whom once released a single via DiS Records are gonna 'fuck shit up' with us too. They're playing a sold out London show on October 7th, so we're throwing their afters party. It will take place at the Camden Barfly, home to many of the DiS events of yore, including that time utterly surreal time when all the members of Five turned up and danced to Les Savy Fav, Bjork and The Rapture then stood on tables singing 'Slam Dunk (Da Funk)' when we put on the karaoke version. A real DiS history highlight... It was also where our 5th Birthday celebrations took place, which had a hugely popular pirate theme. This time, we've decided on a "grunge" theme, seeing as it's the genre from which so much of what we love has grown. Plus girls dressed like Courtney or Blossom is not bad thing. Also, because we're expecting to be a bit sick of the past 10 years come Oct 7th but mostly because Laura-Mary promises to play all the best bits of the Kill Rock Stars catalogue, we thought it maketh the sense.

And that's not all we've got lined up. Without further ado, here's the where 'n' whens, so you can come raise a glass and shake your ass, in the coming weeks.

1st - East London Warehouse Party
Full details will be announced soon. This will be an invite-only event for contributors, friends, foes and all those who've posted threads that have made us laugh.

That's all we can announce for now. On Monday we'll have a special mixtape and more explanation for who all these acts are.