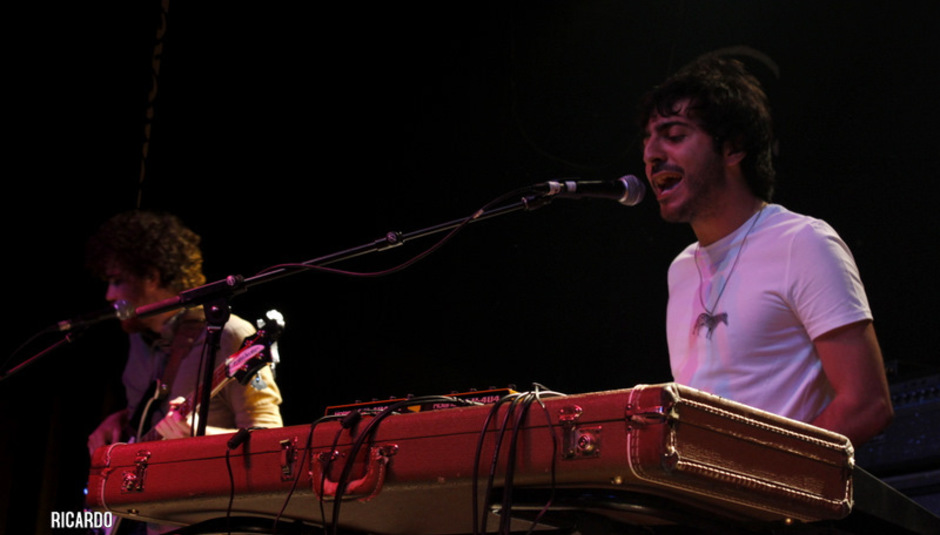 Hola! Nuevo El Guincho! Hoy! Etc. Yesterday the Canarian psych-pop-wave master announced that he'd be releasing a new series of EPs, with a slight difference. They'd be EPs of covers. With even more of a difference - each EP would be reinterpretations and reworkings of traditional and standard South American songs, as well as a few "lost" ones.

The collection will be called Piratas de Sudamerica and Vol. I is available to stream via SoundCloud right now. The first EP will be released via Young Turks on July 12, and the rest will follow. Check it all out below. Artwork also down there somewhere. El Guincho is also over here to play a couple of dates, including one at The Lexington in London on August 5. See you there?