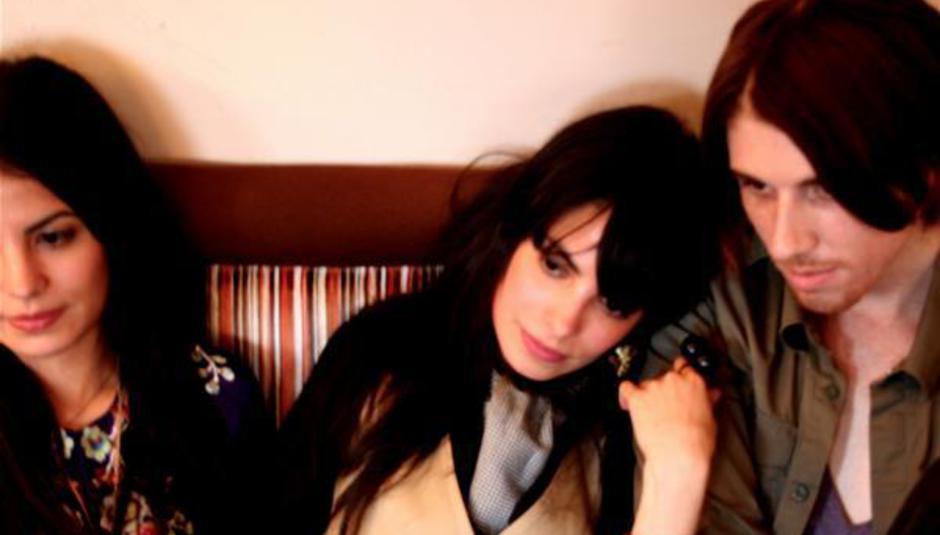 Brooklyn trio School Of Seven Bells have announced the release date and title of their forthcoming second record, the follow-up to 2008's Alpimisms, a record which we liked very, very much. So, needless to say that we've got high hopes. Please don't disappoint (via OneThirtyBPM).

The news that you're looking for is that the album will be released on July 13 through Vagrant/Ghostly International, but that's in America so expect a day earlier (hopefully) and a different label. But just to give you a ballpark date. The work itself is called Disconnect From Desire and the sleeve for it can be seen below, along with a fairly old video for a single from the first record. Enjoy. The LP has been produced by band member Benjamin Curtis and has been mixed by Joseph Puig. It was recorded in the band's home studio and mixed in LA. Curtis says, of the whole experience:

"From the start, we knew we wanted to make a record that connected on more of a direct and personal level than we ever had before. It's a complete account of our lives this past year, and it's crazy how taking an honest look at yourself can tell you the most about the world around you."

School of Seven Bells - "My Cabal" from Ghostly International on Vimeo.