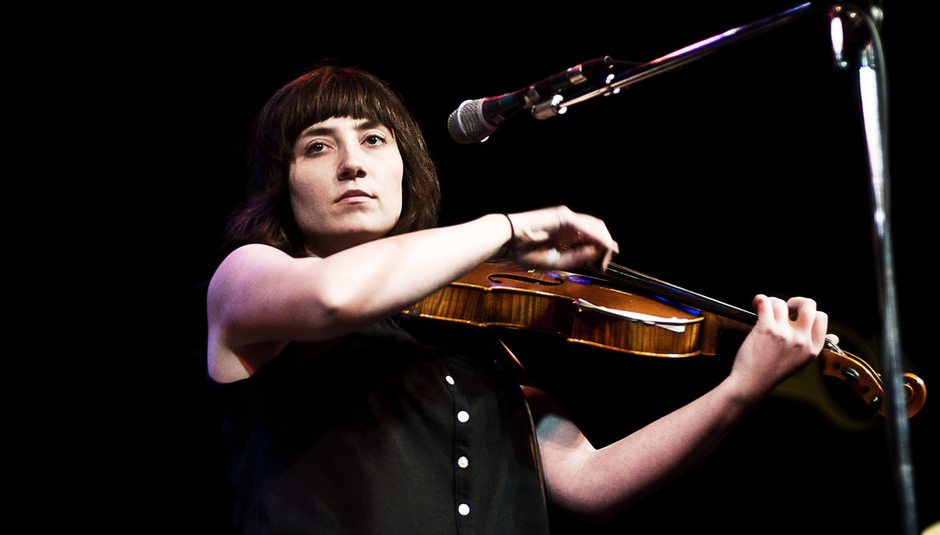 Viola-wielding wunderkind (of sorts) Anni Rossi has already released an EP and a fullish-length record through that marvellous label 4AD. We were told that her new album on the same label will be coming out this year but there has been little update on progress since that initial announcement.

The first slice from Ms. Rossi's recording studio has been made available to anyone with an internet connection - through the 4AD website. You can get the new track 'Crushing Limbs' by visiting here or simply clicking here and letting Flash do all the hard work.

Thoughts? Well, it's a bit more 'conventional pop' than her previous output and I'm not sure if there's any viola involved, though my ears may very well be deceiving me. Oh wait, there it is. Anyway, it has a distinctly summery feel, which is apt, as the new record comes out then. Still in love with her chord progressions and movement from the verse to the chorus, though.

Rossi has this to say on the track:

"I started using analog synthesizers alongside the viola when I demoed this song. It sparked my interest in making pop songs that initially feel upbeat and bright, but when you listen closely there is a darkness in the lyrics and the sounds that reveal themselves as you get to know the song better."

We'll keep you informed on any details of the new record and any new shows which may accompany it. I'm sure those of you at the Matt Groening curated ATP will get a chance to listen to the new material, should you so wish.