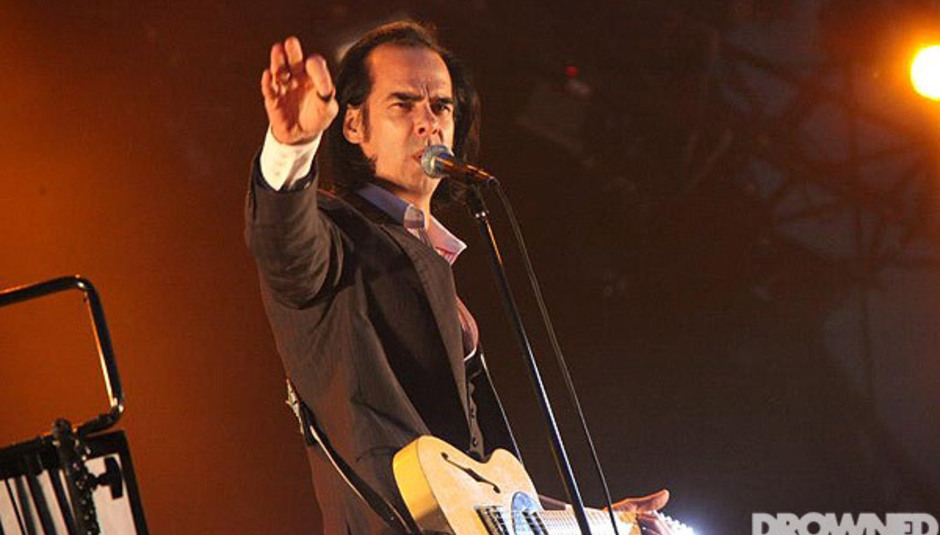 You should have noticed that on our front page there is a trio of reviews of Nick Cave & The Bad Seeds records, they being Henry's Dream, Tender Prey and The Good Son, along with a photo of Imelda Marcos. That's because they've been remastered and re-issued, along with a few others done in the past.

To celebrate these re-releases, we're giving them away in CD format thanks to the kindness of Mute. Before you enter this competition, however, you might want to read each of the reviews, here, here and here. Each deluxe edition contains the re-mastered album in stereo, the new surround mix, a super specially commissioned short film by Ian Forsyth and Jane Pollard, as well as the usual sort of thing: b-sides, videos and sleeve notes.

To be in with a chance of winning this bundle of Bad Seeds goodies then answer the following question in the comments section below. Facebook answers will be accepted, so don't be surprised if you get a message from a strange man (me).

Q: Which of the three current re-issues was released first, originally?

Competition will close a week today, at 1800 hours Friday April 16. Winners will be notified either via this website or Facebook. You can live anywhere in the world for this, no postal restrictions. Look below for the cover art of all three. Lovely.