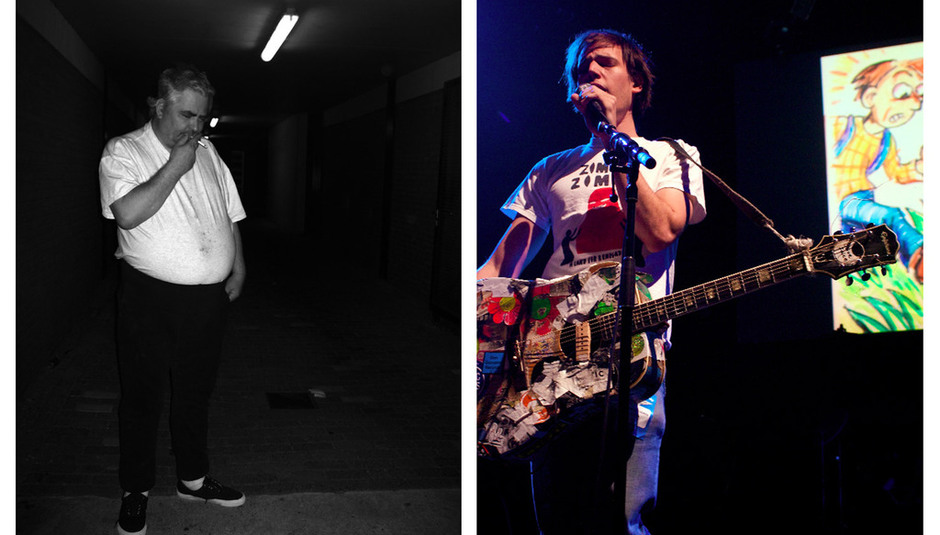 Daniel Johnston and Jeffrey Lewis have announced a show together at the Troxy on Friday 2nd April. Johnston is playing the East London venue as part of a European tour and will be backed by BEAM, an 11-piece orchestra from The Netherlands. Lewis will only be joining him for the London leg before meeting up with Kimya Dawson, Anders Griffen and brother Jack for their first UK tour as The Bundles.

If the sound of Daniel Johnston backed by classically-trained Dutchmen has piqued your interest, there’s an additional curio in the shape of their accompanying album. Beam Me Up features a smattering of new tracks alongside orchestral reworkings of cult classics like ‘Devil Town’, ‘Walking The Cow’ and ‘The Beatles’.

Tickets for the Troxy show will set you back £16.50 plus whatever the whims of your ticket agency of choice deem appropriate.

Johnston’s ‘Beam me up Daniel’ tour takes in these places:

The tour also has a trailer. Do tours have trailers these days? This one does. Like a film.