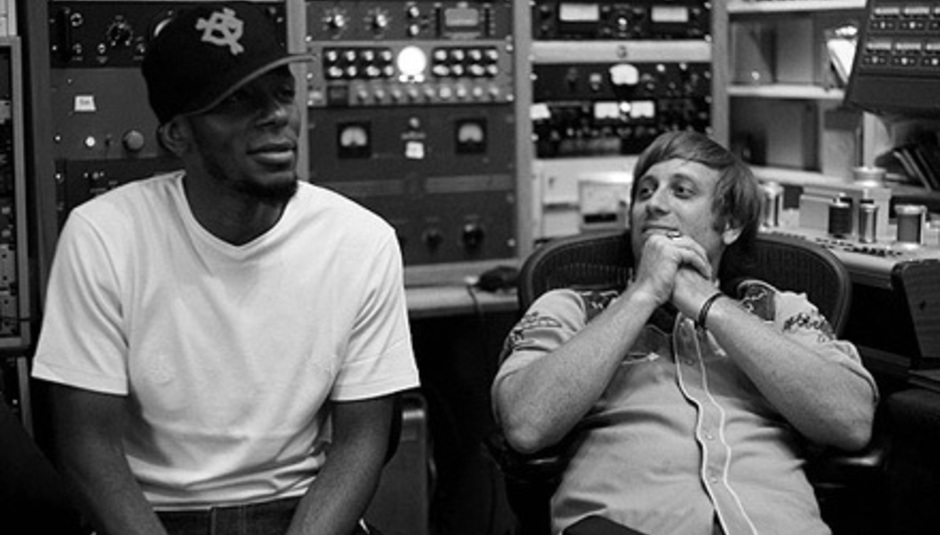 Yet more intriguing details have emerged of The Black Keys' new hip-hop collaboration project which, operating under the name BLAKROC and featuring some of the most revered and respected names in the whole industry.

The Black Keys team up with Mos Def, RZA, Q-Tip, Raekwon, ODB, Pharoahe Monch, Ludacris, Jim Jones, Nicole Wray, NOE and Billy Danze from M.O.P. In fact, probably the only hip-hop luminary that isn't involved in this project is GZA, who appears to have his basket full of eggs anyway. Yes, we do realise that ODB is in fact VERY dead, but that, in hip-hop circles, is pretty irrelevant.

BLAKROC is set to be released on November 30 on V2 in the UK, following the independent US release three days earlier. The record is ALL live, no samples, no electronic messing, just LIVE MUSIC, man.

Here's what some of the main men had to say for themselves about the project:

"It was fun and refreshing to work with The Black Keys on the project… We all had one common denominator - The Love of Music."

"Experimenting with different sounds and genres of music has always been important to me. While collaborating in the studio with The Black Keys and Damon Dash may seem like an unusual fit, it felt natural. We were able to bring our own unique strengths and experiences together, that signifies the true artistry of music. I think this is something that all fans of music will appreciate."

"What it meant to me was something I always knew; great rock music and great hip-hop music fused together can create undeniable greatness."

Sessions for the record started earlier in the year in Brooklyn, NYC, with the artists, piece by piece, spitting their stuff one by one. Visit the official website for more information and video clips, or watch the first webisode below: