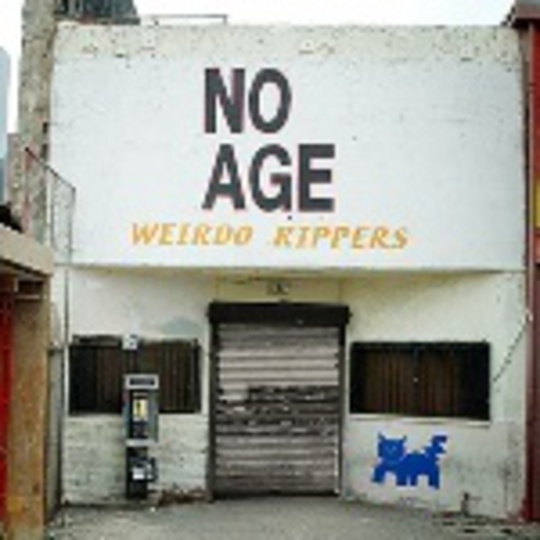 Whereas Wives caught you in the jaw with a knee as you fell, No Age just let you drop. Ridden with distortion, Weirdo Rippers is a noise record. But as off-putting as that tag can often be, rarely does such an esoteric noise-mongering album incorporate such a raucous pop sensibility.

Made up of parts pieced together from five EPs simultaneously released on various labels back in March, Weirdo Rippers is a remarkably cohesive record that not only marks the transition Los Angeles duo Dean Spunt and Randy Randall have undergone since the demise of their former incarnation – that’ll be Wives, then – but coincides with No Age's recent proclamation that they wanted to write "the most beautiful noise pop song". Increasingly delving into the LA D.I.Y. scene that they have long been affiliated with (Spunt continues to run the label PPM), there is a craftsmanship to this record that suggests that No Age are far from the brief affair Wives proved to be. Whilst such compilations have a habit of clumsily sacrificing certain subtleties, this – the pair’s first long-play outing – is neatly interwoven to afford several tracks a new lease of life. For example, the seamless manner in which ‘Sun Spots’ cuts into ‘Loosen This Job’ furthers the sense of disorientation the original recordings purported.

Tracks splinter in unusual directions: the irresistible punk of Wives’ sole LP Erect The Youth Problem is constantly on the cusp of breaking into Weirdo Rippers, but has been washed out with ambient bouts of vacuous drone akin to that which Liars applied to Drum’s Not Dead. This is a record as equally indebted to My Bloody Valentine as it is to Fennesz. As soon as opener 'Every Artist Needs A Tragedy''s shore-side distortion is interrupted, a pattern begins: throughout, the ambient and riotous aspects of the album contest with one another.

Both 'Everybody's Down' and 'My Life's Alright Without You' (“Well I hate you, we all hate you, my life is alright without you”) share the same dulled sense of resilience, in keeping with the reputation they have recently received alongside comparatively-mannered Atlanta quintet Deerhunter. No Age share the detailed abstract no-wave of said act’s Cryptograms album, released to similar acclaim earlier this year.

From the retiring ‘I Wanna Sleep’ to the arresting mechanical swamp of 'Boy Void', Weirdo Rippers reeks of a D.I.Y. ethic that embroils their records and beyond, from their flagship merchandise bandanas to the bedroom lo-fi of the recording quality. Though 'Neck Escaper' is a standout moment – with tape loops giving the track a comfortably worn sound; the crippled remains of a glorious pop structure – this collection of tracks, peculiarly, work remarkably well as a whole album.

Though Weirdo Rippers lacks the arresting malice evident in No Age’s previous incarnation, a retiring focus has developed. Given the tracks' previous manifestation on the various EPs, this record sounds remarkably complete. ‘Escarpment’ is something of a fitting conclusion: taking its title from a geological term for one rock plate lapping over another, the song seems an appropriate description for the layered manner to No Age's contrasting sides. Struggling to resemble a tune, it reiterates the duo’s noise credentials and, to the record’s ultimate benefit, it fails to truly peak. Instead it peters out, a suitably understated force, like a comfortably burned out volcano.