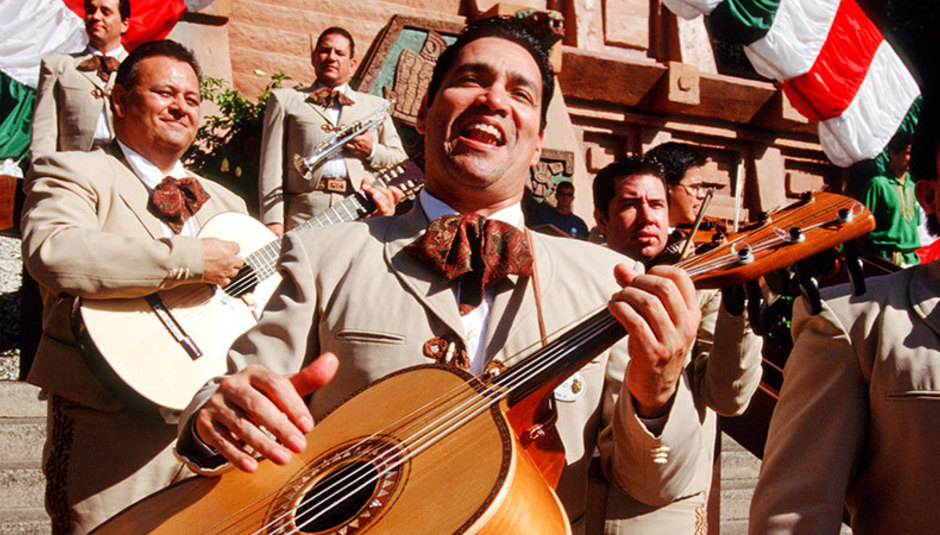 Spotifriday #12 - This week on DiS as a playlist

You know the drill by now. Friday on DiS = Spotifriday. To listen to this playlist you'll need the ever-popular music streaming service, which you can get from here. Click here for this week's playlist.

That Thom Yorke. What a bloody card, eh? If he's not writing songs about recently deceased WWI veterans then he's teasing us all with claims that Radiohead may not make another album. Perhaps best not to hold your breath, though. Very much a song in two parts, 'Trans-Atlantic Drawl' is a stonking way to kick off this week's Spotifriday.

It's been múm week on DiS this week. You may have noticed. We sincerely hope you enjoyed it, there was plenty of great stuff from the Icelanders. This one is aptly titled as, it does sound like a rock weeping for much of the duration. Oh, the barnacles!

The National played The Royal Festival Hall this week. DiS scribe Sean Thomas liked it muchly. If there's been one thread about The National being brilliant on our forums, there's been 7762. And they are brilliant, look no further than here for proof.

Owen Pallett, A.K.A Final Fantasy signed to Domino this week. He also announced his new album at the same time, in one fell swoop. Despite the questionable title, this characteristically stringy FF piece is lovely stuff indeed.

There's been a lotta fuss around this band, and this delicately clicky, pitter-patter percussion laden laid back track makes me wish I had a back garden so I could get the sun lounger out, lie on it, and just leave this on repeat for a few hours. Read Wendy Roby's review of this week's singles, ft. The XX here.

This starts off sounding like the theme song to 'Rawhide'. It carries on for a bit but then deviates from dipping further into that sort of thing. Read our interview with the Sian Alice Group here.

Another one from our weekly singles round-up. Far from my area of expertise, I'd describe this effort as "wibbly-wobbly". In a purely good way, of course.

We had a sneaky listen to Mr. Rascal's new one, Tongue N Cheek. Read that here. This one may remind you of Dead Prez. For about half a minute, that is, before it turns into something unmistakably Dizzee.

Says Wendy Roby of this particular tune: " 'Animal' is, if you can imagine it, Synchronicity-era The Police as sung by Peter Gabriel, except Swedish, and filtered through the sort of modern technological twinkliness that makes it sound no worse for either influence. Brills."

Again, another one from the singlezzz collection. Lovvers are a band who are quite unapologetic in their rockin' ness, seemingly using the same microphones that the Beastie Boys used during the recording of Ill Communication. They may as well be singing in Cantonese. Fuck it, they may well be. But do we care? Hell. No.

Single Of The Week here. Probably not a turn we expected The Bronx to make, but one which we can all appreciate. Especially if you happen to like bellowing brass. We also reviewed their album, too.

As well as Dizzee's new one, we gave Sheffield's finest export's upcoming record a quick listen. Conclusion: "Humbug sounds resolutely head and shoulders above most indie-rock records released this year and is certainly the sound of a band doing as they please." So says Sean Adams. The bassline is certainly rude enough and rotten.

Says Brianna Saraceno of lead singer Jessica Larribee: "She has amazing control over her vocals, able to simultaneously be fiery and reserved, seductive and vaguely crude – her voice is what breathlessly invites you into their dingy world." Judge for yourself, but you may very well end up finding yourself agreeing.

Twinkly and shimmering effort of a Cure cover from Miss Busch. Her vocals may not be for everyone, but there's more than enough merit in her music overall. If you like synths. Read our review of Pilfershere Lane here.

16.Perry Como – 'Sunrise, Sunset' (From the Broadway Musical "Fiddler On The Roof")

An unlikely choice from múm's mixtape of songs to drown in a lake to, we can all relate to fiddling on the roof every now and then, can't we?