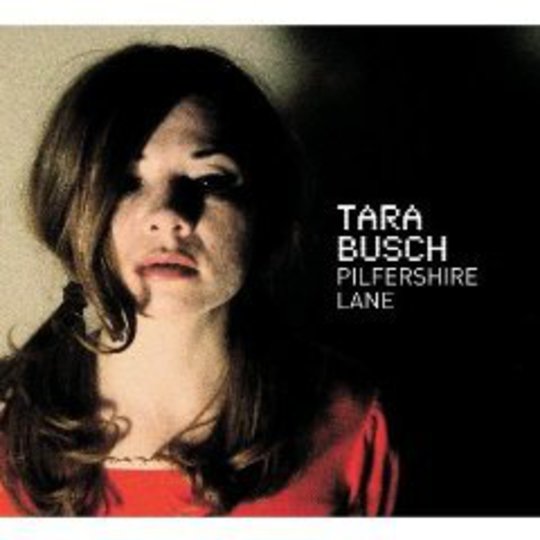 Plenty of things have been aggravating about the praise heaped on this year’s New Young Industry Puppets – too many to get into, here – but one thing that’s been bemusing, rather than aggravating, is the way Kate Bush has been everywhere in the comparisons elephant-gunned at pop performers, female and male, and precisely nowhere if you’re expecting banshee vocal stylings, loopy arrangements, or even a nebulous-sense-of-idiosyncrasy.

Then there’s Tara Busch. 1970s prog fan. Self-confessed studio geek. Youngest child of bourgeois family with too much time on her hands. Owner of a lonely heart… and an optigan, a minimoog, polymoog, mellotron; countless other analogue synths. Years of gruelling experience as a session player.

To be fair, Tara Busch never namechecks her near-namesake… she just earns the comparison by throwing a helluvalot into the mix that no-one else would consider commercial or even feasible, assuming they imagined it. In fact, Pilfershire Lane opens barkingly, with a heart-on-sleeve homage to Major Tom – the gleeful lyric skipping heavenward like sky rockets in flight… although you don’t have to be a Mojo-reader to figure out why she identifies with the eponymous spaceman, floating in his tin-can… or, for that matter, Brian Wilson (sitting in his sandbox) in the Pet Sounds referencing booms of reverbed drums, or the occasional whoop of theremin.

Like Mark “E” Everett’s now-permanent grimace, wistfulness permeates the whole of Tara Busch’s album, even as her vocal melodies change direction on a dime (but rarely change key, or volume… differentiating her from all of those New Young Industry Puppets, so desperate for you to have a good time). Fizzing with musical ideas, every track is multi-layered, and multi-segmented, with multiple personalities suggested by the warbling, whispering, and burbling vocals (seemingly underwater). Still, the idea of actually having 'Superfriends' (on the song of that name) sounds more than a little sad, for being convinced that, in her own way, Tara does have a superpower, or two. For those who know Todd Rundgren’s A Wizard, a True Star, even if only by reputation, listening to the lyrics of Pilfershire Lane is like pulling back the curtain on the Prodigious Producer of Oz, and seeing how much solitude goes into crafting a psychedelic classic.

Elsewhere, you can hear Peter Gabriel-era Genesis, or Waters & Gilmour-era Pink Floyd – or rather, you can imagine Tara Busch looking out much the same windows they did, and trying to see Pilfershire Lane (the actual place) the way the name sounds (retro, English, sampler-delic). Yes, "she grew up in the hills of Simsbury, Connecticut" but you can feel the same green and drizzly countryside surrounding. Shorthand for all of the above: Kate Bush, on The Dreaming… or the tradition of over-educated English eccentrics lying before her, with very few traces of what came after. An impressive debut, of course. If Tara ever produces the next Meat Loaf (like Todd Rundgren), or the next Kate Bush (like David Gilmour), we’ll be listening, but until then, she remains an acquired taste.