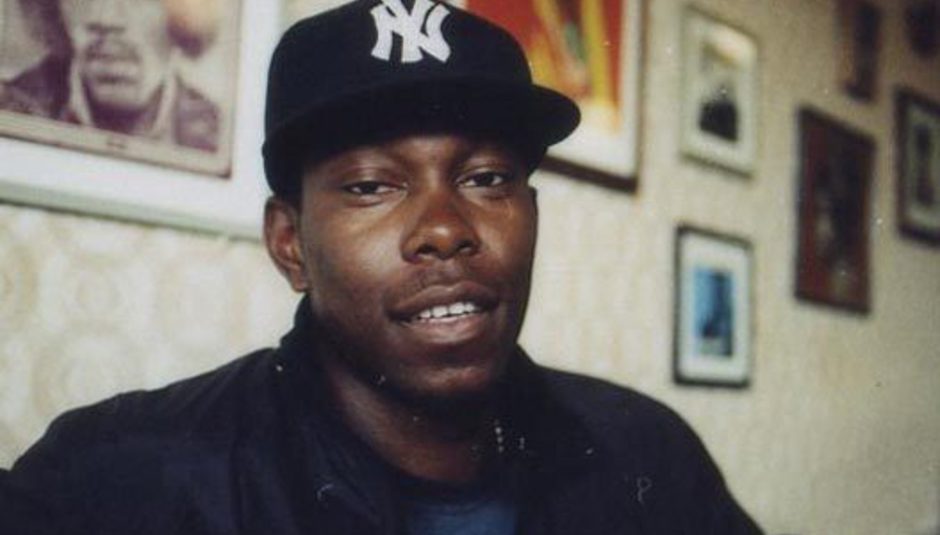 No longer the Boy In Da Corner, Dizzee Rascal’s chart-topping success with huge singles ‘Dance Wiv Me’ and ‘Bonkers’ has added extra spotlight to his next album, Tongue N Cheek, due September 21 on his Dirtee Stank label.

DiS headed south of the river to Dizzee’s London studio complex to grab a deafening first listen to the record, pausing from furious in-track scribbling only to say a brief hello to the man himself. Moving further away from grimy roots toward pop pastures, here’s what we made of it...

The summer’s ubiquitous hit, not least at every other festival this side of Sonisphere; frankly, if you don’t know already, you probably won’t give a flying one anyway. Armand Van Helden justifies his continued existence; huge fields/clubs full of people dance. The end.

After a succinct greeting of “Fuckin’ pussyole / Yeah fuck you too”, this is a definite return to the vibe of preceding album Maths + English. In a nutshell, ‘Pussyole (Old Skool)’ with bats replaced by motors, Dizzee is jacking his own refrain and taping over the words "old skool" with threats of "road rage". Baltimore club producer Aaron LaCrate provides the heavy beat and, displaying faultless timing, walks in mid-tune sporting an expression equal parts embarrassment and bemusement.

A la ‘Bonkers’, this probably needs no introduction, getting jiggy with Calvin Harris in possibly this writer’s least favourite Diz’ tune to date. We do, however, consent on the basis it propelled the boy to number one artist status.

Dizzee turns his attentions toward the bedroom, thankfully ensuring the backing is hard too, assuring the ladies he’s a freaky, nasty lover, recalling “She was sucking my dick / You shoulda seen it” with teenager-level glee. If you’re a guy, this is saved by the beat, but also includes reference to a girl who’s “always up for a bonk”, lending new potential meaning to his last chart-topper...

In terms of keeping it real, chilling is something Dizzee is doubtless less accustomed to nowadays. Whatever, his lyricism is similarly relaxed, dropping in references to cheese, smoking weed, arguing about the football and playing the discerning gamer’s footy title of choice Pro Evolution Soccer, gaining salvation via hanging with mates. One of his most laidback tracks ever, the endearing, airy outro and final bass slappage could, in an alternate universe, accompany the end of a ’60s soul record. Dare we call it his Otis Redding moment?

Provisionally the next single after ‘Holiday’, this is one of the biggest tunes of the album, no messing. Riding off the “money talks” sample from Adventures Of Stevie V’s early ’90s clubland-slaying single ‘Dirty Cash’ and already previewed live this summer, the original’s rave-lite instrumentation is largely left en tact beneath surprisingly harsh thundering beats and relentless signature wordplay. Future hit, guaranteed.

More wonga chat, co-produced by Dizzee with his in-house man Cage (architect of most of the record’s beats). Triumphant cries of “Can’t stop grinning / Because I can’t stop winning” reflect recent successes over a brash beat, name-checking “Jeremy Paxman on the news” in cheeky reference to Dizzee's infamous, occasionally painful-to-watch Newsnight interview concerning Barack Obama (classic Paxman quote “Mr Rascal, do you feel yourself to be British?” tragically isn’t sampled). Slightly undoes some of the worldly-wise work of ‘Dirtee Cash’ by boasting about flying first class and blowing his presumably not inconsiderable stash.

With a dark, cinematic beat sprawling across the verses in stark contrast with more cheery chorus melodies, ‘Leisure’ screams “album track” on a record otherwise rammed with actual and potential hit singles. “I make it look easy / I do it at my leisure” is the sentiment, betraying that Dizzee is barely trying here.

Reprising the Calvin Harris/Chrome dream team from ‘Dance Wiv Me’, ‘Holiday’ is already all over the airwaves with its seasonal trance synth stabs, sunny refrain and hands-in-the-air Ibiza atmos. As close to ‘Encore Une Fois' as Dizzee is ever likely to tread, whether you view that as a recommendation or insult, kudos for the “Are you really too busy for a suntan?” chat-up line. One for the arsenal, that, gents.

Bonus cut: The missing piece to Tongue N Cheek wasn’t quite complete for our listening pleasure, but in the name of completeness, it’s another stride into the dance world: ‘Bad Behaviour’, featuring superstar DJ of some repute, Tiësto. It’s on an electro-house tip, apparently, Dizzee adding it’s “probably one where I’ve gone the hardest lyrically for a while. Not hard as in fuckin’ Mobb Deep hard, but I’m attacking the beat. It’s proper up-tempo, bubbly, reminiscent of Boy In Da Corner. It’s a really big tune”. So now you know...