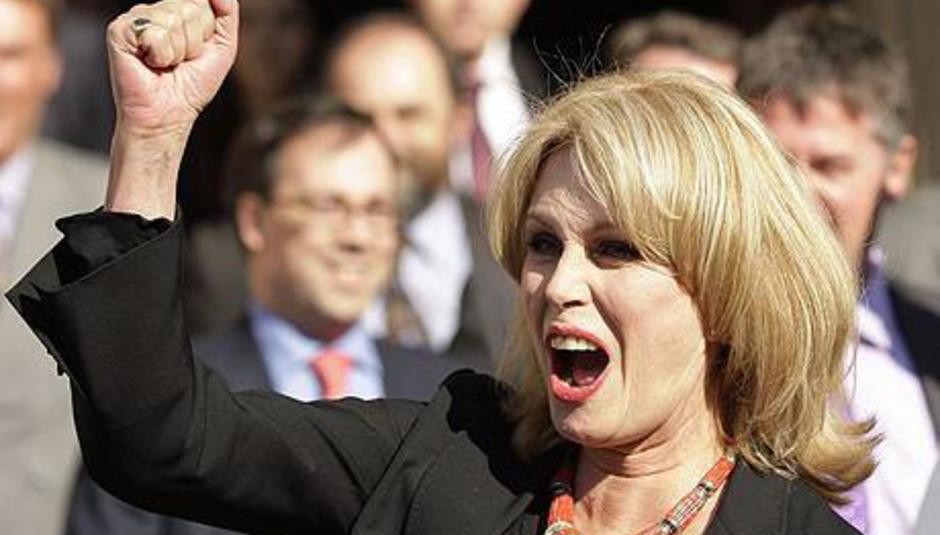 Spotifriday #4 - This Week on DiS in a playlist

This week has been a frustrating one for Spotify users. Playlists have been playing up and Adam from Spotify has been putting on his best radio voice for us all. Everyone loves music though, so here's our fourth gift to you in the form of a playlist - taking in the highlights of the last week in terms of content and the odd board thread...

Taken from The Cowardly Traveller Pays His Toll which is being re-issued by Team Love. John Peel played that record from start to finish in one go on his radio show. This is the opening track. It is awesome.

Why? - 'These Few Presidents'

Anticon label dudes Why? will play Brighton and London on their European Tour. Some people pointed out that this wasn't very useful if you happened to live in the North...

Read Part 1 of our interview with electro-folk sensation Patrick Wolf about his upcoming album The Bachelor. Read where Patrick talks about Bjork and Joni Mitchell here.

A serenely solemn number from BSP - taken from the soundtracking to the 1934 film Man Of Aran and their album of the same name. You can watch the video for 'Come Wander With Me' here.

Ohio's noise and fuzz merchants take discord and distortion to previously unheard levels. This one has quite a nice melody, though. View and read our In Photos and 'in words' review of their show at Jamboree, last week.

Wisp is a frustrating artist, with a handful of top-notch material and a few too many bags of lower-grade goods, his albums are always a bit hit and miss. See what Chris Power thought of his new LP The Shimmering Hour. You probably won't be that surprised...

As you can probably see from that ad banner up above Manners is a "brilliant début album". Andrzej Lukowski thought it was worth 7/10 saying "‘Little Secrets’ not only lurches in on the type of joyously processed squelch and clatter that suggests the band spent a fair while trolling Boston’s highest-NRG gay nights researching the appropriate ambience." Cool.

Announced to play the DiS Stage at Summer Sundae, this bass heavy number switches between the euphoric and haunting. It should also make you want to dance very hard.

And on that same Summer Sundae stage these guys will be headlining. We're a sucker for all things Nordic at DiS mum are one of Graham Linehan's fave bands. I wonder if he'll be coming...

The first in a run of four bands who featured at the Breeders ATP. This one features some prominently slinky bass.

Mr Lif also played at ATP and, though his superb I, Phantom isn't on Spotify, this song about the American Prez is. Lif is excited but has some reservations about Obama's election.

From Obama to bananas. Obamarama! Melt Obama! One of the few Melt Banana songs which lasts longer than it takes you to sneeze.

Another ATP artist added to the list. The general consensus was that these guys were THE BOMB. If this one doesn't induce a euphoric fist pump...

A random selection from Chris Power's 'Armchair Dancefloor' column. I hope it's good...it's quite bleepy.

Owen Ashworth's latest record (vs. Children) scored 8/10 in our most recent Drowned-Up. Taken from his finest record to date, Etiquette, this one sounds a bit like The Walkmen's 'The Rat' but it still great.

Stuart Murdoch from Belle & Sebastian's side-project. This one is a delightful female-led ditty. Click here to read Alexander Tudor's fantastic in-depth analysis of the full album.

The BSS collective are in the studio recording material for their new album. Let's only hope that they cover more children's songs. Perhaps 'Two Little Boys'?

LOLZ. This was ultimately prompted by this thread from the boards. Is contemporary jazz the lamest music ever? Well, is it? IS IT? No - but if you can stand more than a minute of this you are more strong willed than I.

The bassist from this Norwegian band is about eight feet tall and features on the thread 'Which five musicians would you like to sleep with?'. Plus, Norway won Eurovision, somehow beating the vastly superior Moldovan entry. Aboo.