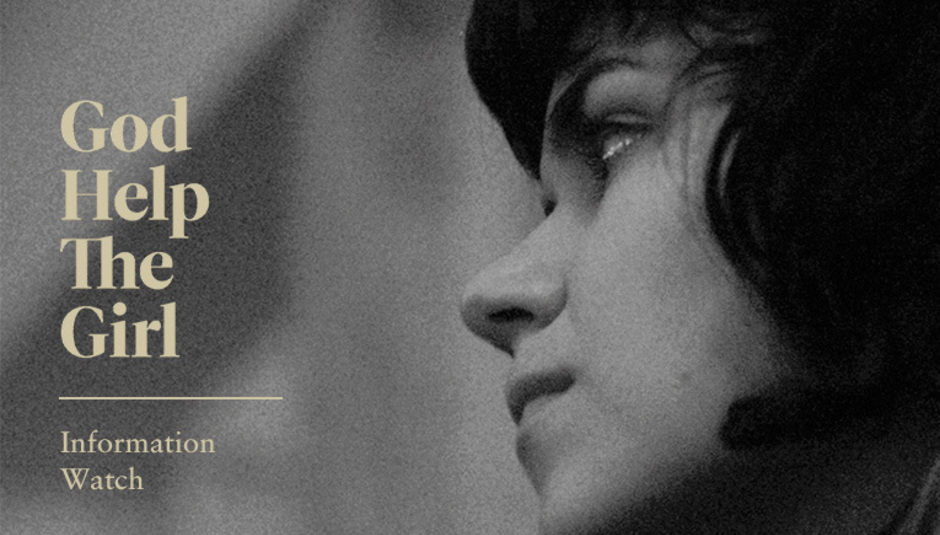 “Are you still into the same things you were into ten years ago?” (Stuart Murdoch, 2007)

Promoting the most recent Belle & Sebastian album, Stuart Murdoch complained about criticism of their new directions, since the over-orchestrated, but otherwise business-as-usual, Fold Your Hands, Child… (2001). With its Trevor Horn production, Dear Catastrophe Waitress (2003) is oft-maligned, but arguably magnificent, and it was only on The Life Pursuit (2006) that the songwriting substantially changed, in homage to the mainstream pop of the 60s and 70s. Even there, the most accessible songs echoed B&S classics.

Like it or not, this is another step backwards. While touring the last record, Stuart began putting aside songs for a new project, and recruiting female singers from around the world. With respect for his argument, then, and the fact B&S have shed two key members since their undisputed classics, it seems appropriate to at least TRY to start this review by treating this as the work of a new band…

Nodding to 1960s girl-groups and orchestral pop, but with a lightness of instrumentation and mixing that brings the lyrics to the fore, God Help the Girl seems ambivalent about whether it’s a concept-album, or a (simulated) cast recording of a musical. There are subtle hooks and refrains, but many of the “songs” could be called rhyming monologues with a spring in their step… albeit not always much of a spring. The first time we meet our heroine, she’s bored. She’s singing a (semi-familiar) song called ‘Act of the Apostle’, in which she proclaims her genius (although she doesn’t display much wit doing it). She hints at a dysfunctional family (who don’t resurface in the plot), and she prays for excitement in a way that’s slightly more than a secular metaphor. As a prayer, it’s still well below God’s radar, given that she never contemplates becoming a bad girl to get any action (cf. Grease), or has any real cross to bear (cf. Kylie Minogue, ‘Confide in Me’), and no angels are listening in, as you might expect in a musical or melodrama. It’s not the most dramatic start.

Over the course of 14 tracks (10 new songs; 2 old; 2 pointless instrumentals) our heroine and her minimally differentiated friends struggle to come up with a solution to their ennui. The key track could be ‘Musician, Please Take Heed’, which manages to be true to life – music is as vital as a breath of fresh air, if you’re feeling… morose – whilst loading up on reflexive / metafictive puns that it seems to be the main purpose of the song to parade, without any secondary purpose (i.e. it’s indicated that the singer is a fictitious character, but not that her purpose is to entertain / to represent an ideal or abstract concept / to blah-blah-blah, all of which purposes the reflexivity would then undercut or problematize). This is the song’s opening, over darkly brooding strings:

To taste the air beside the river
I pick the soundtrack with immaculate care
Such a lot rests upon it
My life upon a song
You don’t know how much I need
Musician, please take heed

Then, like The Shadows (or an old song called ‘Belle & Sebastian’, in a minor key), a bassline appears, driving the song along:

I thought I might just write a letter
Anything to stay awake
From books and lessons today
Besides, it’s part of my induction
Into the literate world
I am a literate girl
I string the words together softly
I lay my love upon you, with each line
A gift of improvising
Removes me from revising
I made a daisy chain from
Phrase, verse, and punctuation…

…and so on. Note how she’s “a literate girl” in “a literate world” – y’know: made out of letters, ’cos she’s been made-up. The music’s not bad, but if you overdosed on metafiction as an undergraduate, this kind of thing’s eye-rollingly irritating. As an opening track, it might have justifiably prefaced said-girl inventing a whole load of imaginary friends… and some of us might have shed a tear had the plot ended with her finding spiritual redemption by – I dunno – entertaining her crippled friend, struck down by Chronic Fatigue Syndrome for seven years, say, and barely able to lift a guitar. This is the centrepiece, though – track 8 of 14 – and not the first (or last) time you’ll be thinking “So what?” Later in the same song, with clunkiness worthy of Abba (who the delivery resembles, come to think of it), we do get some personal details – “they say I’m getting thin, from a lack of meat in my diet / as a rule, but I don’t buy it” – and then our heroine considers procuring a “hallucinogen” from a “hooligan”, but finally curls up with a friend to watch Minder. Lazy Line Painter Jane’s clarion call for Sapphic experimentation this ain’t – nor is it the fun & frolics of innocent mixed bathing in ‘String Bean Jean’.

There’s no other way, is there? No other way, than to treat this as a Belle & Sebastian album – and a regurgitated one at that. For starters: the heroine’s bored. Take a look at the cover of If You’re Feeling Sinister (1996) and what you see immediately is ennui, followed by the copy of The Trial in the background, anchoring it to a specific breed of teenage existentialism. Stuart Murdoch doesn’t have to be literary or idealizing teenagers to be good… but you can’t shed specificity. In the title-track from that earlier album: “Hilary went to her death because she couldn’t think of anything to say”, and a thousand hearts were won by lines like “Hilary was into S&M and Bible Studies / Not everyone’s cup of tea she would admit to me…” By contrast, ‘Come Monday Night’ –

Come Monday night, we’re in a state of grace
If the weekend promised much
Well, then it failed on every count…

…and there’s no need to quote any more. What IS interesting about this album – albeit in a prurient way – is that it highlights Stuart’s fascination with getting under a girl’s skin, as never before. It’s obvious that Belle & Sebastian are a cult band because they’re girl-friendly, boy-friendly, and gay-friendly, but it’s less rarely stated that they could be the most LGBT-friendly band going. Whatever your lifestyle choice, or difficulty in choosing, B&S spoke to the flux of gender and sexuality in a way that transcends teenage confusion. On a (brilliant) song like ‘Dress Up in You’ (from The Life Pursuit) Stuart nailed the sadness of wanting someone else’s life – whoever you are – with the double-coding that he might also have been singing about a boy wanting a girl’s life, with all the fun (or necessary escapism) of putting on new identities, and the comparative ease of erotic experimentation. On ‘Pretty Eve in the Tub’ (from the new album) Stuart starts to sound creepy and Humbert Humbert-like, as never before, making one of his two appearances to sing: “…please allow me to rub / please allow me to scrub…” That’s the worst moment by far, but it casts light on other moments of simulated intimacy that seem to fetishize girls in various states of dress and undress as much as they might be said to console them at their most vulnerable.

You might think this emphasis on a few examples disguises some good material. Fact is, at least half the songs here simply don’t stand up beside most B&S album-filler, or Camera Obscura for that matter (on paper, this whole project should have sounded like Camera Obscura, but has none of their lushness, in case you were wondering). The weakness of the first half would probably put you off before you get to the better songs on the second side. Although its new arrangement has more punch than most, the single that preceded the last album – ‘Funny Little Frog’ (track 6) – is awful here, sung by someone wanting to be a soul diva, when the title alone should tell you it’s a cute song by a weird person for the cute/weird person in their life.

Immediately after that, comes a song about a conversation with a dog that the singer wishes had all the answers, but doesn’t, and not in a comical way, either (please let this not be an ironic inversion of a conversation with God…) Still, the album’s best moment, without doubt, is ‘Perfection as a Helper’ (track 8), on which Neil Hannon reins in his high camp, and provides a perfect counterpoint to the female soloist, and backing vocalists. Replete with hooks in the verse, and the supremely quotable “I wouldn’t waste time dreaming about me” in the chorus, it’s splendid, and catchy, and over too soon, whilst hinting at what the album should have been like.

Odd-one-out, and another gem, is ‘I Just Want Your Jeans’ (track 12). With its dusky vocals and mellotron-part recalling Cyann & Ben, the song would have been a fine introduction to distinguish a minor character in the double-album retro-pop-opera this could have been… but also comes too late. Almost at the end, ‘I’ll Have to Dance with Cassie’ shows off the first unalloyed joy the album’s seen so far, in a similar mood to recent B&S numbers ‘White Collar Boy’ or ‘The Blues Are Still Blue’. (It also has a similar cringe-factor in the line “and she dances like a box-ing kang-a-roo”). Is this the climax, though? Our heroine learns to have fun dancing, with or without a boy? Did that really require a whole album to build up to? Ending the album, ‘A Down and Dusky Blonde’ unites all the female vocalists for a gentle stroll through all the elements Belle & Sebastian have thrown into their sound, over the years: Felt-like twangly guitars, strings that should be backing Nick Drake, a sparse but functional rhythm section, like the Velvets. Again, it’s only at the end that it becomes fully apparent how the album could have worked: contrasting the female vocalists for the sake of their idiosyncrasies alleviates the pressure to give a killer performance, individually, and to fully convey the meaning of a song when someone else is putting the words in your mouth.

Let’s not speculate about the future. In the mid-90s, Stuart Murdoch created characters to make up for a miserable few years, and many of them have more life than the characters of any songwriter you care to name. Now, in an effort to get away from the lyrical world of Belle & Sebastian, he’s inadvertently shed some of the characteristics of good songwriting, whoever you are. Overachievers – please don’t try so hard!