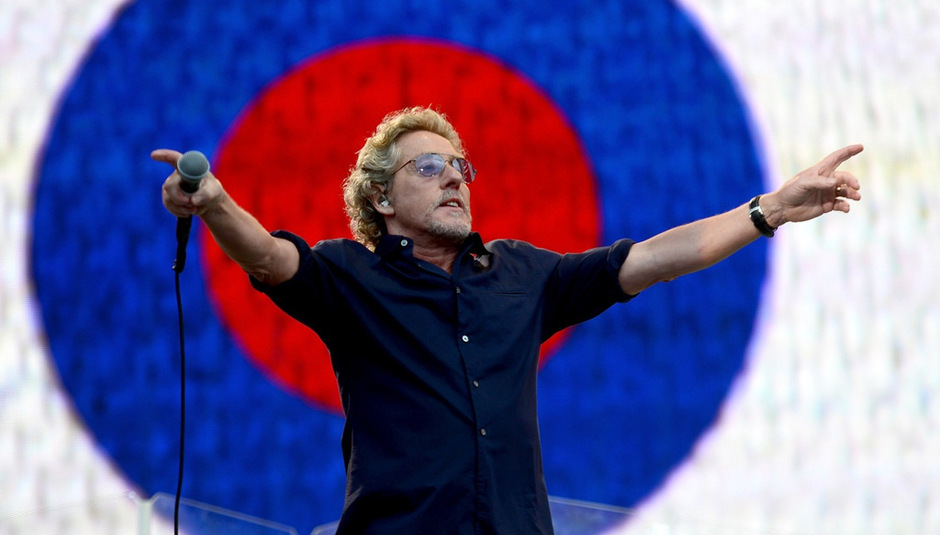 There's been a lot in the news recently about how the average age at festivals is increasing. The older generation are, apparently, either already there, brushing their teeth with vodka and dabbing at miscellaneous substances, or they’re desperate to go (a recent Staysure survey claims that 67 percent of over-fifties ‘festival virgins’ are ‘desperate’ to attend one).

At the ripe old age of 33 I'm stranded somewhere in the middle of the festival-going demographic, but given that I sorted my spice rack into alphabetical order this weekend I feel I should at least be able to empathise with the silver surfers, if only from a musical and logistical perspective.

Which is why I'm surprised at the lack of commentary regarding the abysmally-constructed cash factory that is BST Hyde Park.

The problem is that when you're unable to get from one stage to another because they've oversold tickets to an almost comedic degree, when you can't get close to the main stage as it's cordoned off for premium ticket holders only, when the sound quality is akin to sitting in an insulated wind tunnel, when bars have been closed as they’ve run out of beer, and when Barclays is constantly telling me to 'enjoy the acts' from the incessantly promotional main screens, it can't help but detract from my overall appreciation of the day and the acts on stage.

Where is the common purpose and levelling togetherness that makes the festival experience such a euphoric one? Abandoned, it seems, in what can only assume is the endless chase for margins and profits. The music being performed reduced to 'content' designed to get the punters in and bleed them dry.

Apologies. Rant over. I'll rearrange my spice rack again to calm down.....

...Amongst the frustrations, there was much to like. Gaz Coombes got things started (all acts covered here were on the main stage thanks to aforementioned gridlock), his name emblazoned across the rear of the stage in case you forgot who the mutton chops belonged to. Clearly whoever was tasked with showing him the memo to ‘play some of your old stuff’ didn’t make it onto his helicopter from Glastonbury, but the newer material did well to get heads nodding and cider sipping as the mercury rose.

Johnny Marr was next up, and he clearly had the crowd in mind, dropping in 'Stop Me If You Think You've Heard This One Before’ as his second number. Despite looking like he’d come dressed as a Harry Potter villain (or maybe he had a party to get to afterwards?) he churned through a smattering of solo material, including some more Smiths’ hits and a punchy rendition of The Clash’s 'I Fought The Law'.

The sun shone harder as the tops came off, with the warm light of day showing that, whilst much of the material on stage had aged well that wasn’t always the case for the fans. One particularly elasticated torso showed an Elvis tattoo that looked like the King was being punched in slow motion, or was in the middle of a particularly violent stroke. But the show must go on.

The Kaiser Chiefs answered the call doing their jumpy shouty thing as the mods increased in number, ready to pay homage to the only sensible support act for the main event, and an act able to imbue the day with some real class, Paul Weller.

A sliver-haired fox if ever there was one, the Modfather and his sonorous baritone were on fine form, serving up a mix of credible new material along with some choice cuts from the vaults, from ‘The Changing Man” to The Jam’s 'A Town Called Malice' and 'That’s Entertainment' (assisted by mod in waiting Miles Kane).

Cometh the hour, cometh the men – veteran festival attendees themselves, Daltrey and Townshend started strongly, swaggering onstage with the opening line 'You’re all a long way away, but we will fucking reach you' before launching into 'I Can’t Explain'.

Over the course of the next couple of hours they rolled back the years to imbue their back catalogue with the vim and vigour needed to do it justice – whilst Daltrey’s vocals occasionally wobbled, Pete’s windmill spun, and at times the sparks did fly. A slightly slow middle section aside they finished strongly, with the somewhat kettled but now euphoric crowd ensuring ‘Won’t Get Fooled Again’ reverberated around the park and beyond.

Whether this really was their swan song or not, it stood up as a fitting milestone in a 50-year career. But you’ve all moved on anyway. You’re probably here to read the review about Taylor. You know she had 1,000 people on her guest list? She really does love her fans.