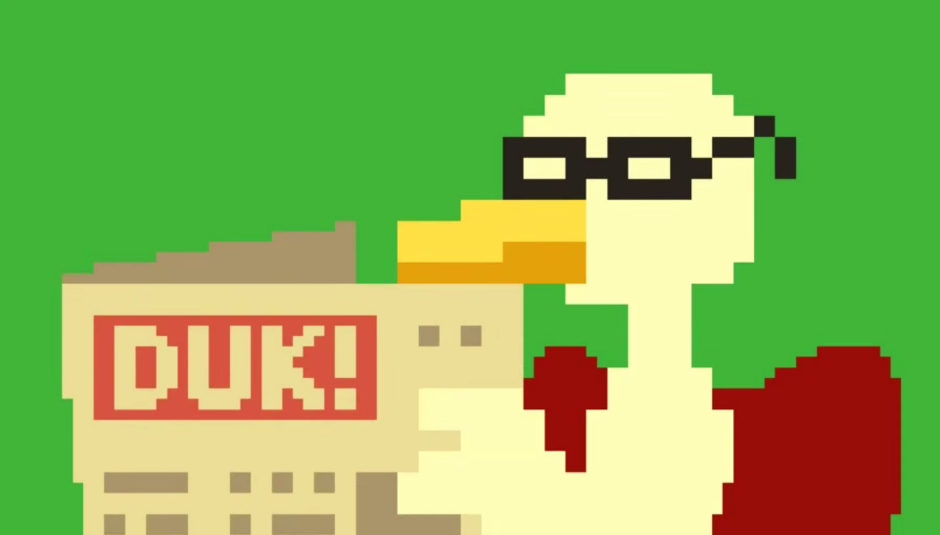 It seems anachronistic now, but singles used to matter. I mean, really matter. Having a catchy song hang around the upper echelons of the chart and gain heavy rotation on radio and music TV (remember music TV?) was the gateway to million dollar record deals and your album selling by the truckload, a causal link that just doesn’t exist these days no matter how many hits, views and likes an artist can rack up.

Don’t believe me? Len’s ‘Steal My Sunshine’, due for re-release through Alcopop on the 16th June, shifted an alleged 16,000 copies per week at the height of its popularity back in 1999, and led to their album Don’t Stop The Bum Rush - a somewhat forgettable collection of frothy indie-pop that gets nowhere near the levels of genius of their most famous song - going platinum, selling over 2 million copies worldwide.

“One-hit wonder” is more often than not used in a derogatory fashion, a casual slur to be thrown at those who struggle to replicate their Eureka moment, but let's remove the blinkers for a second; who wouldn’t be proud of having written any of the tracks below? Who wouldn’t bask in the glow of having contributed to history in a way most people can only dream about? Maybe they had no need to write anything else, maybe they put everything they had into three minutes of perfection; either way, they are brilliant, and they are lasting.

To celebrate the 'Steal My Sunshine' re-release, we asked our writers for their favourite, moment-in-the-sun slices of perfection, and they attempted to explain what makes them so utterly unforgettable.

About ten years ago I worked in a video store and once, whilst bemoaning the fact that we played The Box non-stop, I pondered how I was forced to allow the likes of Blu Cantrell, Eamon (remember him?), Frankee (remember her??), Eric Prydz, and Natasha Bedingfield regular entry into my ear canals. Not recommended, kids. So imagine my surprise when a friend revealed that the song which did his head in the most during his own nine-to-five hell was none other than Amerie's sublime '1 Thing'; apparently, repeated listens had driven him to the brink. Well, I've listened to it now for one hour straight and it's still glorious so HE'S WRONG.

Back then, I'd have taken an entire week of it and asked for more; for a start, the song is an absolute freight train, loaded with hooks, slick rhythm, the right amount of production gloss, and a scene-stealing turn from its leading light. Amerie would go on to release another couple of albums and rack up a few million YouTube hits here and there, but nothing that captured the imagination quite like this. It’s also the best thing on the GTA V soundtrack, too, if you’re into that sort of thing. Dave Hanratty

History may view him as a novelty act but in 1990, before Vanilla Ice became the punchline to a bad joke, he was a "lyrical poet" who "rocked the mic like a vandal". 'Ice, Ice Baby' pulled hip-hop - for better or worse - into mainstream consciousness with its mixture of Miami street life, rap braggadocio and...errr…in-car hair advice. All played out over a bassline so infectious, it's impossible to separate Queen's original from an image of the VIP (Vanilla Ice Posse!) busting their baggy-panted moves. It might be an embarrassing footnote in rap, but in hindsight it could be a perfect moment in pop, one which I’m not ashamed to admit I still love. I even remember all the lyrics - so next time you want to rap battle you'd best come correct.

This one’s always an obvious shout, but with good reason; first off, it’s probably as close to pop perfection as anybody has come since The Beatles. It has pretty much everything; gorgeously melodic guitars, a yearning vocal from Lee Mavers that is at once infuriatingly catchy and absolutely dripping with conviction, and a snappy runtime - just shy of three minutes - that makes activation of the repeat function a must. And secondly, unlike plenty of other ‘one hit wonders’, it offers a genuinely agonising glance of what might have been had The La’s not fizzled out in protracted fashion; Mavers’ prodigious talent as a songwriter is achingly obvious. Is it about a girl? Is it about heroin? Who cares? It’s fucking genius. Joe Goggins

Hyped alongside the likes of Bloc Party and Kaiser Chiefs in the great indie heyday of 2005, The Bravery released one top 5 album and then promptly disappeared so hard that their two subsequent records didn’t even see a UK release. However, their lasting legacy is the near-perfect top 10 single ‘An Honest Mistake’, a track that glides effortlessly between disco-punk and indie-rock as Sam Endicott’s louche vocals expertly portray a wounded wrongdoer. It’s a catchy song for sure, but perhaps it truly struck a chord because his desperate apology for an accidental fuck-up is universally relatable. Paul Faller

‘Steal My Sunshine’ almost didn’t see daylight, the master tape found discarded under a bed. Fitting for what’s one of the best throwaway singles ever. Yet nothing about it should be legitimate, even by mainstream pop standards; its lyrics are nonsense, its structure cribs The Human League’s ‘Don’t You Want Me’, and its hook - get this, meta fans - is itself a sample of a one hit wonder, ‘More, More, More’ by Andrea True (who had a distinctly non-musical porn background). That its accidental indie-pop glory breezily transcends all this shows just how much of a bona fide megaton bomb of a song it is. What’s more, as it’s about to be re-released to celebrate its 15th anniversary, we can soon enjoy it all over again. Matt Langham

If you’re only going to be remembered for one song, it might as well be a daft one: no one wants to be Gary frickin’ Jules. Subsequent Sultans of Ping FC singles might have sold more copies, but ‘Where’s Me Jumper?’ is the only one that’s 100% guaranteed to make me jerk around like a sweaty pillock at any indie disco you like. Last time I heard it in a club I made a friend promise to get it played at my funeral, and really, stupid nights out like that are exactly what this track is about. From chatting shit with pseudo-intellectuals to misplacing your favourite knitwear, it’s a song so silly and unpretentious that it’s the perfect antidote to pretension itself; I’ve never been on a dancefloor that couldn’t have done with a dose of it. Robert Cooke

Last week saw the news that Avicci’s weird EDM-Mumford hybrid ‘Wake Me Up’ had become the most streamed song of all time, clocking up 250 million plays over the last year. That particular song is horrific – proving that the only thing worse than a Bro-Anthem is a Sensitive Bro-Anthem - so it was odd that when I first heard it, I felt quite moved. It took a while, but eventually, I figured it out – ‘Wake Me Up’ sounds quite a bit like ‘Save Tonight’. And ‘Save Tonight’ is one of modern pop’s great achievements; a cheesy sing-along that somehow manages to capture the peculiar melancholy of something ending. It’s the sort of sadness that you pretend contains joy, that you pretend contains the promise of a new and different future, all the time knowing full well that you are only pretending in order to make things that bit more bearable. Also, his real name is Eagle-Eye, so you know, there’s that as well... Keiran Goddard

Following his acrimonious departure from Suede midway through recording Dog Man Star, Bernard Butler took revenge in 1995 by channeling all his pent-up hurt and anger into this perfect piece of opulent, uplifting, 60s-influenced pop. Sung by David McAlmont – himself smarting from his fall-out with former band Thieves – ‘Yes’ is essentially a more melodic take on primal scream therapy, featuring bombastic, heart-swelling strings and “fuck you” lyrics that culminate in the chorus’ kiss-off: “I feel well enough to tell you what you can do with what you’ve got to offer.” It peaked at number eight. As did their career together. Gemma Samways

Remember 1997? There was optimism in the air. Cool Britannia and the End of History. Things could only get better – or so said D:Ream and New Labour – and who were we to doubt? The dawning of a new millennium seemed like a fresh start, an opportunity to hit the reset button on so much that made the 70’s and 80’s such dark, depressing times. That might seem a lot of baggage to saddle a jaunty, chill-out slacker anthem by a bunch of Canadians with, but Bran Van 3000’s ‘Drinking in LA’ was very much of its time.

From the neat, descending piano loop to the fuzzed out chords, it oozes cool. “But we did nothing / Absolutely nothing that day” drawled James Di Salvio, a perhaps unintentionally ironic critique of the very Generation X dreams of hanging out in Hollywood, working on a movie, and sipping on juice and gin. Even the video has a warm, washed out luminance, stuffed full of pop culture references and looking like your new favourite Instagram filter. For an all too brief moment, living the life of Riley seemed desirable and attainable; how we could do with some of that unabashed optimism these days, eh? Derek Robertson

A long-time ago in a galaxy far far away (well an Emmaboda festival in the early Noughties) some dude dressed like the plonkers from the 118 adverts carried around a boogie box in a shopping trolley, playing ‘Move Your Feet’ on repeat for three days straight.

Maybe for many, now, he would get flipped off. But at the festival he was the pied piper of dance, he drifted through the festival and people grooved; by the burger stand, outside the toilet cubicles, at the front of the main-stage audience as Chicks on Speed flailed. He was King because this song rules. Jonathan Falcone

Sixpence None The Richer

It’s appropriate that Sixpence None the Richer’s one moment of romantic puritanical pop inspiration found exposure via the innocent doe-eyes of Rachael Leigh Cook on the soundtracks of She’s All That and Dawson’s Creek. It’s so delightfully slight and evocative, ignoring the complicated stuff and just focusing on the titular kissing (the kind that doesn’t progress to heavy petting) “beneath the milky twilight” and “down by the broken treehouse”, set to that indelible swinging jangle and an accordion outro befitting the song’s original Truffuat inspired video. To call this a “guilty pleasure” requires a degree of cynicism that's unworthy of any real pop lover. Neil Ashman

'You think you know shoegaze,' scoffed a former colleague as he shoved a CDR in my hand. 'Now, you'll know shoegaze.'

Packed inside that disc were deep cuts from all your favourite noiseniks. My Bloody Valentine, obviously. Ride, of course. Slowdive, so predictable. The Boo Radleys... The Boo Radleys?!?

Yes, those joyous brass merchants were my co-worker's trump card. Before they soundtracked The One Show, Sice Rowbottom and co were actually kind of cool. At least that's what the Every Heaven EP would have you believe. Then the Wallasey five-piece chucked aside their credibility for one barnstorming shot at the Top 40. It hit Number 9, eviscerated their former fan base and ensured a decent PRS cheque for life. I wish Glasvegas had gone and done the same thing. Rob Leedham