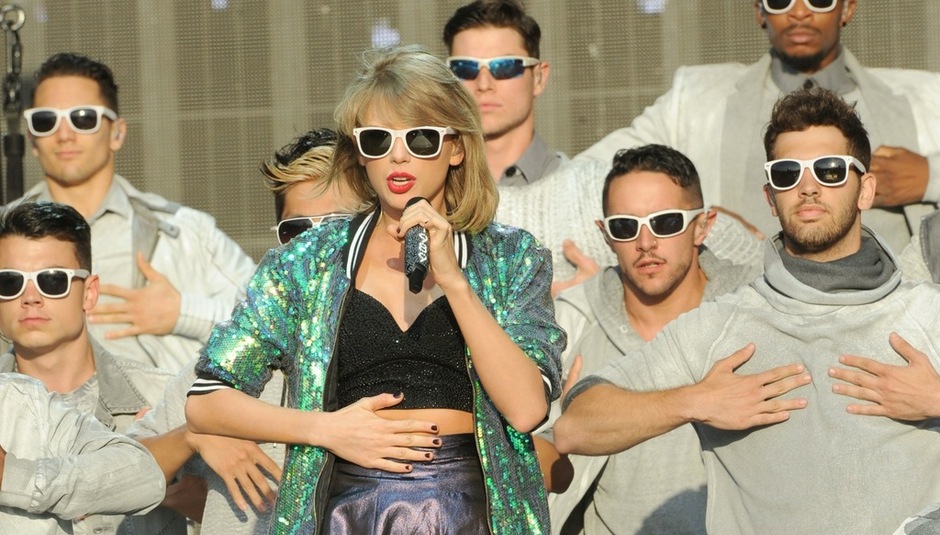 The Hyde Park leg of her 1989 tour sees the world’s biggest popstar preach inclusivity to a crowd of 65,000 people. ‘She is…,’ so the fun-filled spectacular goes, ‘just like you.’ That means you: the six year-old who’s singing along to every word of ‘Blank Space’ hand-in-hand with her mum. That means you: the thirty-five year old drunkard who crashes through the crowd to fall on top of them. And that means you: the two French teenagers sat on the tube the morning after the show, excitedly clutching your Eurostar tickets home and still wearing the LED wristbands that you waived in time to ‘Clean’.

Of course, the great conceit here is that there are very few people in the world like Taylor Swift. Not everyone can change Apple’s mind about music streaming with a Tumblr post or is born the daughter of a first vice president at Merrill Lynch. Also, and I don’t know about you, but Buzzfeed have not written about my life 49 times in the last month.

At times during Swift’s two-hour London show, this central conceit of the girl-next-door/superstar does beggar belief. A series of video interludes between costume changes see the likes of Selena Gomez, Haim and Lena Dunham all wax lyrical about the virtues of a ‘typical Taylor hang’, her cats and boy troubles. “You’ve got to be a love warrior,” explains Cara Delevingne.

For the most part, there’s more than enough charisma on display to make up for any clunky messaging. ‘This Love’ has arms swaying by the thousands, ‘Out Of The Woods’ remains the greatest song Fleetwood Mac have never written and ‘Bad Blood’ is still a PG-rated diss track about Katy Perry. Each offering is sold with a folksy wink and a smile by Swift, as though she can’t believe that some of the 600,000 Brits who bought her recent album may also want to see her live.

This kind of knowing razzmatazz works best during the show’s ‘solo’ interludes. A lustrous new keyboard-lead version of ‘Love Story’ is introduced with an “aww shucks, I hope this works” speech, while ‘You Are In Love’ played on acoustic guitar could twinge the heartstrings of Aladdin’s Jafar. Stood in the midst of crowd on a giant runway, Swift has a giddy fandom hanging off her every word as she delivers self-help sermons on everything from 80s movies to the difference between online life and reality.

“Get on with it,” shouts one sunburnt yuppie, drawing a chorus of scowls from every girl in the near vicinity.

Although carving intimacy from the overblown is Swift’s greatest talent, she’s not nearly as good at carrying off spectacle. A rocked-up version of ‘We Are Never Ever Getting Back Together’ with ‘Seven Nation Army’-style visuals seems misplaced from another show entirely. Similarly when Cara Delevingne, Serena Williams, Kendall Jenner and several other famous folk all take to the stage during a fashion-themed rendition of ‘Style’, the cynic in you suspects they’re there to capture tomorrow’s tabloid headlines - rather than to give a public display of celebrity friendship. Still, the song is phenomenal, so who really cares?

When the worst thing you can say about Taylor Swift is that she’s just a little bit fallible. Well, we can all relate to that.

88 Cymbal Players: Beating back the B...

Live review: The Who, BST in Hyde Par...