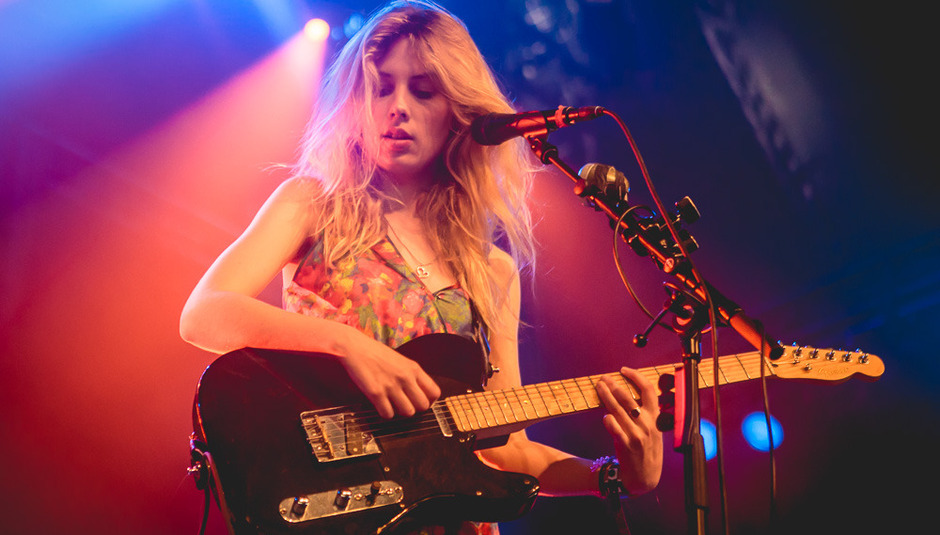 Ever wondered what Latitude would look like if they moved it to a safari park in the south of Holland? Well, think no more as Best Kept Secret provides the same experience in a similar setting to both the aforementioned. Set in the Beekse Bergen safari park which is situated in the village of Hilvarenbeek, approximately nine kilometers from Tilburg, it combines a cutting edge line-up featuring one of the strongest bills anywhere this summer alongside some of the finest, locally produced cuisine on offer at an event of its kind. As well as camping facilities, Best Kept Secret also has its own bungalow park while punters can also relax on the beach or go swimming in the lake which runs parallel to three of the site's five stages.

It also operates a cash free policy which works like clockwork for the three days DiS is on site, proving that such initiatives can prove beneficial for the punter as well as the vendors if managed correctly. Now in its third year, having only opened its gates for the first time in 2013, this year's line-up ranks as one of the most enticing on 2015's festival calendar. Comprising over ninety artists and DJs across five stages for three days, its claim to "focus 100% on the music" is more than justified when studying the list of acts scheduled to play.

Arriving onsite Friday evening, hardcore supergroup OFF! provide a raucous introduction to the festival. Frontman Keith Morris winds back the clock thirty years, stalking the stage menacingly while his cohorts knock out riffs at a hundred miles per hour. The Jesus & Mary Chain are a revelation too, reminding everyone present why Psychocandy is still heralded as one of the greatest records ever committed to vinyl some three decades after its initial release. Even Jim Reid looks ready to crack a smile as the closing squall of 'In A Hole' melts delicately into 'Taste Of Cindy'. Spotted at the side of the stage for the first part of the set is one Pete Doherty, and his band's appearance on the main stage draws one of the largest crowds of the weekend.

Playing a set consisting of material from both albums, all the singles and the odd b-side ('The Delaney') and rarity ('You're My Waterloo'), they've become a more polished outfit than first time round, save for the odd false start here and there. What does become apparent is how their songs struggle to resonate with European audiences at times. Standout album tracks like 'Horrorshow' and 'What Katy Did' receive a muted response compared to the seismic levels of pandemonium in Hyde Park last year, while even more familiar 45s such as 'Can't Stand Me Now' and 'Time For Heroes' fare little better, save for the pockets of UK attendees dotted around the crowd. A new song ('Gunga Din') is aired, reluctantly it seems. It sounds like a Larrikin Love b-side and doesn't bode well for the much-vaunted third album they're currently in the process of mixing. Like West Bromwich, one suspects this Albion could be about to stall in the lower reaches of the top flight if it isn't careful.

Pissed Jeans' Matt Korvette is angry. Very angry it seems to the point of scaring the audience until a widening chasm separates band from audience way beyond the photo pit. His band are an aggressive force to be reckoned with too and we're suitably impressed, but at the same time in need of sleep after a heavy day's travelling so retire to bed.

Suitably refreshed, a revitalised Temples open proceedings on Saturday with a set that includes two new songs. The first of those, entitled 'Volcano', revolves around a glam rock stomp that's not a million miles away from Suede at their most flamboyant. The second, provisionally titled 'Henry's Cake' treads more familiar ground associated with their recorded output, albeit with a deft nod towards The Pretty Things Emotions era. Cosmopolitan shoegazers Cheatahs also play deliver three new compositions among their nine-song set that hints at their second long player being an even more potent mix than its predecessor. Throwing recent singles 'Sunne' and 'Marasaki' into the mix early may have been a brave decision, but the likes of 'Colorado' and 'Supra' suggest the best may be yet to come.

Outfit's aloof melancholia and Follakzoid's post-rock orientated psychedelia provide appropriate soundtracks for the mid-afternoon sun. While Death Cab For Cutie's popularity on these shores is highlighted by the one-in, one-out situation that greets their teatime slot on Stage Two. Most people appear to be here for Ride though judging by the dozens of Nowhere t-shirts around us, and when messrs Gardener, Bell, Colbert and Queralt take the stage pandemonium ensues. Playing a much shorter set than the ones heard at their recent UK headline shows, the opening salvo of 'Leave Them All Behind', 'Like A Daydream' and 'Seagull' still proves to be a genuine goosebumps inducing moment. Although not as high up the bill as their status would suggest they might be, their slot in the indoor confines of the second stage feels perfect.

Indeed, the close proximity of all five stages means DiS can merrily hop between stages in the event of an inevitable clash, and with both Hookworms and The Vaccines going head to head literally a matter of feet away from each other this is what we do. As expected, neither disappoints, as the former's 'Teen Dreams' causes rhythmic swaying from front to back of the stage while the latter's 'All In White' finds 10,000 sets of vocal chords in full voice.

Perhaps the one minor criticism of Best Kept Secret surrounds the after hours line-up, which is weak in comparison to the rest of the bill. With midnight fast approaching, only the electro-soul of Kindness keeps us partying beyond the witching hour as relentless EDM pumps out from every other corner.

Sunday morning sees the weather take a turn for the worst. Undeterred, DiS is up bright and early for Jonny Greenwood's performance with the London Philmarmonic Orchestra. Mixing compositions from 2007's There Will Be Blood and 2012's Under The Skin alongside a couple of new compositions and his own take on Steve Reich's 'Electric Counter', it proves to be well worth getting wet for and sets the scene incredulously for what follows.

Also playing an early slot are Wolf Alice whose lunchtime set goes down a treat with all and sundry, many of whom are still unfamiliar with most of their songs. However, judging by the response from the masses culminating in moshpits circulating all around out front, one would hazard a guess their next appearance will be at a later time on a bigger stage.

Another band set for bigger things in the none too distant future are Gengahr, and despite being relative newcomers back home never mind over here in the Netherlands, the likes of 'Bathed In Light' and 'Dark Star' engage the audience from the outset, resulting in a packed stage five by the time they exit thirty minutes later. An undisputed highlight of 2015 so far would have to be the triumphant return of Mew, and as with their incredible performance at last month's Great Escape festival they're an epic delight here. New songs 'Satellites' and 'The Night Believer' sit comfortably alongside older material like 'Am I Wry, No?' and 'Snow Brigade' making theirs one of the weekend's most endearing sets.

Relatively unknown this time last year, Alvvays have become one of the most talked about bands around since the release of their self-titled debut. Today is no different and the frenzied response to 'Archie Marry Me' and 'Adult Diversion' tells its own story. Swim Deep are a late addition to this year's bill, drafted in only the previous week to replace BadBadNotGood. However, as with their recent show at Nottingham's Dot To Dot Festival, they appear to be a band in transition and while older, more familiar tracks like 'King City' and 'Honey' are well received, some of the newer pieces fall flat by comparison.

Two great mysteries in recent years would have to be the unprecedented and seemingly unstoppable rise of both Royal Blood and Alt-J to headline status both at home and abroad. While the former clearly know how to play their instruments, the lack of anything resembling an original tune only adds to the conundrum. With the latter, their status throughout Europe as genuine stadium fillers remains even more beguiling. With a light show borrowed from Kraftwerk's recent 3D tour being the most interesting feature about their largely unmemorable set, DiS moves on slightly more puzzled than we were an hour ago.

With the evening's schedule and the festival itself drawing to a close, it's left to techno experimentalist Dan Deacon to restore parity which he does in style. Overall, Best Kept Secret more than fulfils its promise of being all about the music. Watch out Primavera, there's a new kid on the block and this one means business. Highly recommended. 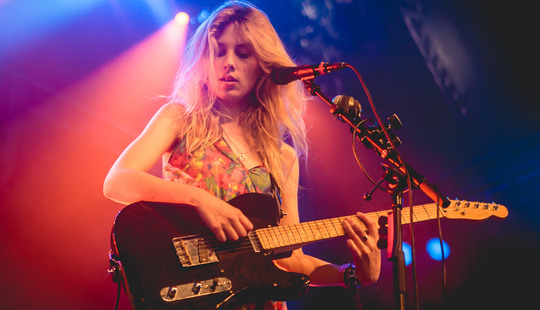 88 Cymbal Players: Beating back the B...