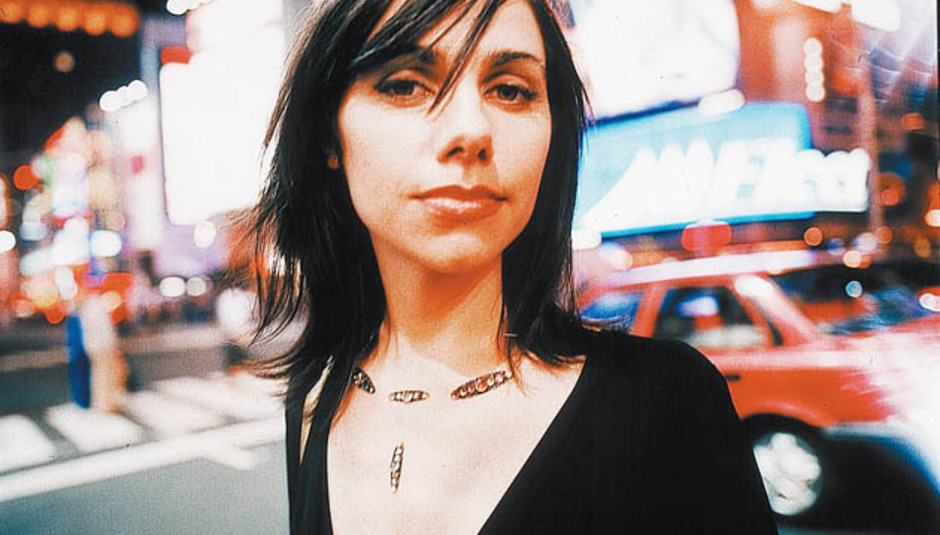 DiS' founder and current editor Sean Adams compiles a playlist of songs that could be heard in the year 2000 (a rough theme we've set for you to build a Spotifriday playlist around - more details here) when this very website was in its embryonic stages. First, a bit of prologue...

Nine years ago this week, my life was a complete and utter mess. After a couple of years running a music fanzine via email, I'd finally stumbled across a tech-whiz and a wonderful world of people who loved music as much as I did, who all really liked the idea of teaming up to share their love and knowledge of music. Frantic instant messenger conversations and excited emails were being flung around following a get together at Reading 2000 with some of the founding contributors to DiS, ensuring that as many of our ideas as possible would be part of the new site.

The name had been decided upon and as anyone whose ever started a band knows, coming up with a name pre-empts everything else. I came up with it because I liked the repetition of the ow-nd noises, the acronym, the imagery of being lost in and buried by crowd surfers and sound waves. And it was a helluva lot better than SoundSurfer, MouseEars, TheIndiependent and other first attempts to come up with a title. A dodgy logo of a mouse in headphones surfing was put together and a theme involving bubbles was agreed upon.

It was an exciting time and one which led, in part, to the site you see before you. We had no real clue what we were doing and had very few reference points (Livejournal and Diaryland were the closest things to blogs and there weren't really any communities or music websites to speak of) but between us we had enough enthusiasm to make something happen for the music we were passionate about.

And, of course, 2000 was a great year for music. In fact, I'd go as far as saying 2000 is one of the most important years for music and one which never really gets the credit it deserves. The mainstream was terrible (Atomic Kitten, Darude and Billie Piper?!). Grunge was dead, Brit Pop was well and truly over over and dance music had gone into some grotesque spiral. SoCal punk had run its course with Blink-182, GreenDay and Offspring all reaching their pinnacle but whilst they reached their biggest audiences, they delivered some of the worst albums of their careers. Nu Metal acts like Limp Bizkit, Slipknot and Incubus were riding high, and Mtv2 was at its peak. All of which might, understandably, make you want to wretch 'n' hurl but - and this is a big but - for anyone delving a little deeper (by reading mags or exploring P2P sites), the search was truly rewarded.

It's hard to know precisely why so much great inventive pop and experimental music landed upon our shores in the year 2000. Perhaps it was the post-Napster success of mainstream alternative combined with the back catalogue sales which afforded various A&R men and independent labels to take bigger risks. Maybe it was the pre-Y2K optimism, with hope for the future, within which a lot of the year's finest were written and recorded. Personally, I like to think that it was a combination of all of this, as well as every great record that broke through forcing peers to work that bit harder to better what they were doing. Bands were making good on their promise, consolidating the goodwill and breaking through, and the impact of it on a coming of age generation - of both fans and musicians - was incredibly inspirational.

This 30-song playlist might not be what everyone involved in DiS at the time was listening to but all of these songs meant a lot to me at the time and most of them mean even more to me now. Admittedly, a lot of what I wanted to put on this playlist wasn't available on Spotify (notably Bright Eyes' Fevers & Mirrors), so apologies if it seems a bit obvious, especially given hindsight. But anyway, without further ado, I'd like you all to raise a glass and say 'Year 2000, thank you for the music.' Cheers.

DiScuss: What were your songs of the year 2000?

Invada Invasion of DiS: the return of...

Thomas Dolby: reflections on The Gold...