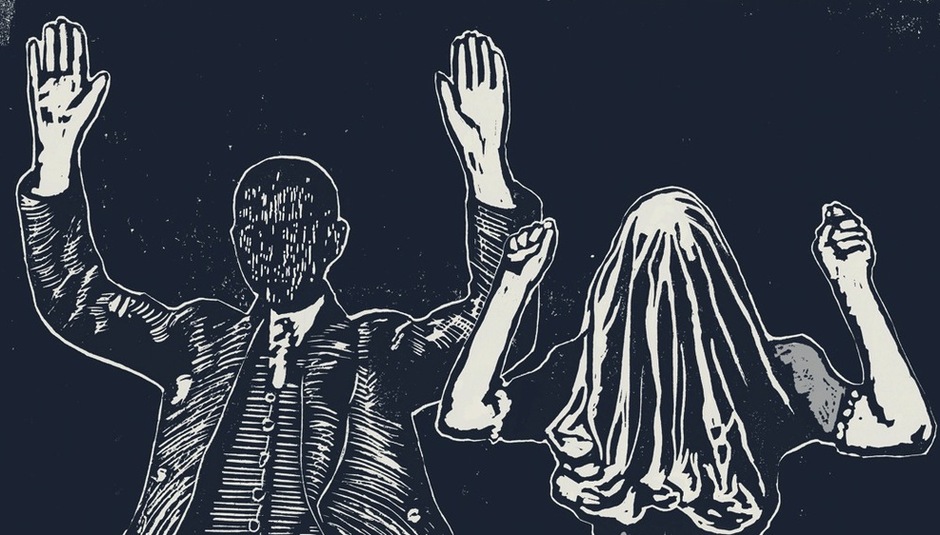 "We spent a lot of time at home when writing this new record, we got to hang out with old friends and get back to some sort of normality, which I think really helped me clear my mind and focus in on writing these new songs,” James Graham says. “I had a lot I wanted to get off my chest and I've done that with this new record.”

Opting to stay in Glasgow, the album was produced at Mogwai’s Castle Of Doom studio, engineered by live soundman Andrew Bush, mixed by Peter Katis (also responsible for Fourteen Autumns).

Here the band talk you through the record, track by track...

There's a Girl in the Corner

James: "I remember Andy sending me over the music for this song and the phrases "You're not coming back", "She's not coming back" and "We're not coming back from this" coming straight into my head the first time I listened to it. I recorded my parts and sent them over to Andy. He got back pretty quick saying that I'd done exactly what he'd hoped I'd do with the song. He arranged it and did a rough demo. As soon as the demo was done we both agreed that this song would be the first song on the album. I think it's different from any other song on the record but its a good introduction and the first chapter of the story within the record."

James: "This was one of the first songs we wrote for the record. Speaking from my point of view, the song kind of wrote itself. Andy sent me the music and I wrote it in a night. It's the first song we started playing live from the record. We played it for the first time when we supported The Manics in Edinburgh and its been in the set from that point onwards. It's been going down really well at the gigs, ever since we started playing it. People at gigs were saying to me: "I really like that song that goes 'your eyes touching my eye'", which was a nice sign, as people could remember the chorus by just hearing it once."

I Could Give You All That You Don't Want

James: "The title of this song is one of my favourite lyrics on the record and I was really happy when Andy suggested it should be the title of the song. It took a while to finalise the structure of this song, I think we actually decided on it a couple of weeks before we went into the studio."

Andy: "We had all the sections for this song for a while but couldn't quite pin down a final structure. After changing it countless times, the engineer came into one of the rehearsals and suggested we just cut a large section out instead of trying to fit them all in, which worked. Sometimes brutal editing is the way to go.

"When I read the lyrics, the line "I Could Give You All That You Don't Want" jumped out to me as the song title, as I thought it was like our version of the garage song "I Can Only Give You Everything"."

It Never Was The Same

Andy: "I needed a change of scenery when writing this album so I moved down to London for a month or so, where I wrote this song, the title track and "Leave The House". Musically, this came together in an afternoon, I wanted a sparse, synth-based song that was similar to something from "Faith" by The Cure, kind of like our previous record but on a much bigger scale."

James: "There's times when Andy will send me some music over and I'll instantly think this could be a really special song on the record and I start writing straight away, that's happened when he sent the music over for "Cold Days From The Birdhouse", "I Became A Prostitute" and "Nil". That didn't happen when he sent over the music for this song, although I do now think this is a really important song for us. I sent him over my melodies and rough lyrics but said: "I'm sorry man, I don't know if what I've done is any good". He phoned me after he listened to what I'd done and said: "You're talking shite. I just need to rearrange something in it and you'll see". He sent the demo over the next day and he was right. I can't remember what he did but it transformed the song for me. The lyrics really sum up the overall themes of the record. Andy and I played it for the first time at a session for Bandstand Busking in London and it felt really special. The reception from the crowd felt like we'd written a special song and its had the same reaction every time we've played it since."

Drown, So I Can Watch

Andy: "I can't remember much about writing this song, I found it a bit strange for us to have a three-minute song with a 12-string and acoustic guitar at the front of the mix, like The Byrds or something. Although it does sit well on the album and helps provide some respite between "It Never Was The Same" and "In Nowheres" which are both pretty intense."

Andy: "I sometimes try to re-write the music for films when working on our albums and I wrote this one whilst watching the TV film "Threads". I was always happy with the outro of the song, but it took a while to piece the rest of it together. I was still rearranging and rewriting it after we had finished tracking in the studio, but we got there in the end, I was glad when I could finally take a step back to allow Peter [Katis] to mix it."

James: "I think this is one of the biggest and most ambitious songs we've ever written and I can't wait to start playing it live. It took a wee while to come together but when it did and I listened to it through proper speakers for the first time I was really happy with it. Andy was constantly working on it and I was like: "Is fine man, leave it alone," but I'm glad he didn't listen to me as every change he made actually made the song better."

James: "This song came together really quickly. Andy sent me over the music and I wrote and recorded my melodies and lyrics that night. The vocal structure of the song is exactly how I recorded it that night. The vocal on the demo and the finished track on the album is the actual vocal I recorded in my bedroom that night. Andy Bush who engineered the record said to me: "I don't think you have to record that vocal again, I think you did the perfect version of it on the demo"."

Andy: "This was a reworked version of a song we wrote long before the rest of them on the record. We had loads of small ideas lurking about, and I revisited this one not too long before going into the studio. It always reminded me of Lee Hazlewood, which I listen to a lot while working on this record."

James: "This is another one of those songs where as soon as Andy sent me over the music I wrote my parts that night. That happened more on this record than any other. It was one of the last songs written for the record. Lyrically, it centre's around the line "What do you care for".

Sometimes I Wish I Could Fall Asleep

James: "This is one of the most stripped back songs we've put on a record. We felt it was the perfect way to end the record and the perfect closing statement. This song actually shaped my approach for the whole record as far as the lyrics go. I played the demo to my friend in the car one day and she started crying, which I took as a good sign cause I'm a sick bastard. I use a lot of metaphors in my lyrics but this song doesn't really contain many and is the most straight up I've ever been. I think this record is the most dynamic record we've ever produced and this song proves that. I think playing our stripped gigs really benefited this new album. We weren't afraid to put a song that was so stripped back like this on the record. After seeing people react really well to it at our gigs we have been playing it with a minimal setup."

How To Get Ahead In The Music Industr...