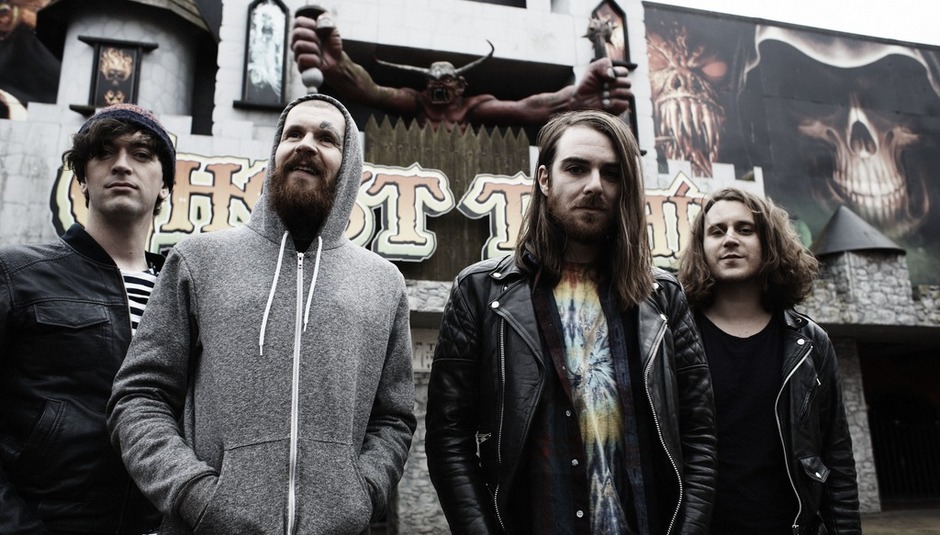 Ahead of their performance on the festival's main stage this weekend, we asked DiS' favourite grunge-manglers to pick their top 5 acts they've seen at the fest.

Here are Rob (far right, in the above photo by Steve Gullick) from Pulled Apart by Horses' five all-time favourite performances he has seen over the years frequenting Leeds as a punter and then as PABH's bassist.

I saw Elliott Smith play Leeds in 2000 in a small tent (the above footage is from his performance in '98). It was around the time he released Figure 8. He played 'Son Of Sam'. I'd not really heard him before, but I was instantly spellbound. To this day I can't believe how lucky I was to see him. His albums are pretty much all I ever listen to on tour.

Leeds 2000 was a really good line up. It was the first time I saw Deftones. They played 'Change In The House of Flies'. I was sat on the hill watching them and the weather changed. It got really dark, grey and cold. It was definitely a hairs on the back of your neck moment. That song still does that to me.

Rage Against the Machine

2008 was the first year we played Leeds and Reading. We couldn't even believe we'd been asked to play it and be part of it. We were rookies back then so we thoroughly "enjoyed" ourselves! I managed to get right to the front for Rage Against The Machine. I'll never forget the sound of the entire festival shouting "MOTHAFUCKAAAAAA... HUH"

In 2010 I saw Weezer at Leeds for the first time ever. They played a cover of 'Teenage Dirtbag' by Wheatus. My friend Layla was brutally chastising people in the crowd who thought it was actually a Weezer song. It was hilarious, but great at the same time. They also played loads of stuff from Pinkerton which is one of my favourite albums ever. If you can't find the cover, just listen to all of Pinkerton.

2012 was the first time we got to play the main stage and I managed to blag all my family on to side of stage for the headline band Foo Fighters. Being in a band does pay off some times. They opened with 'White Limo'.

Pulled Apart by Horses' new single 'Lizard Baby' and their new album Blood is coming out on September 1st. Here's the vid for the new single:

Catch them live on the following dates