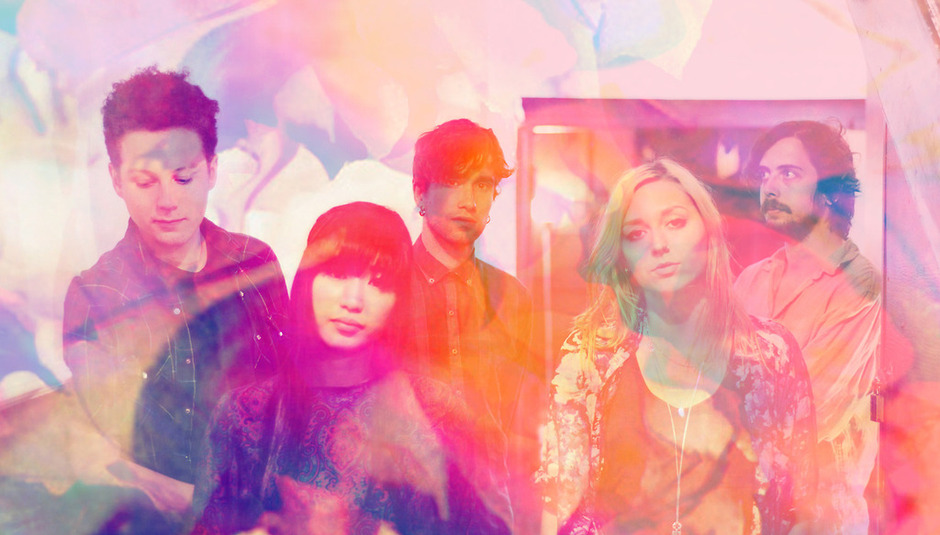 Ahead of tonight's performance at the DiS-curated AIM Awards show at The Lexington, which will be headlined by those magnificent Scots The Twilight Sad, we caught up with openers Parlour to find out a little more about the band who manage to blow The Doors off of Murray Street by blasting their pyramid of glittering psych-gaze into the stratosphere... Or to put it another way, click play on this, turn it up, turn it up some more and head off into deep space:

DiS: If your band was a reception room, how would it be furnished?

Angela: Can it just be a James Turrell skypace please? This is fantasy, right? He’s an artist who makes these rooms you can sit in with a big opening in the ceiling, and manipulates the light so your perception of colour and depth of the sky above changes. Sometimes fast, sometimes slow but theres a constant progression, but actually the sky above has never really changed and you’ve been looking at the same thing the whole time. It is quite hard to explain, and its not something you can really photograph or video, you have to experience it. Anyway, that please.

DiS: From chatting to you at the DiS Christmas Party, your band seems to be made up of people who are in or have been in involved with 100s of other bands. Please pick some songs for an extra curricular mixtape.

I played guitar in Carousels.

This will probably embarrass the other members who are in cool bands now. I think it's hilarious though. Interesting note, this song really upset Stuart Braithwaite from Mogwai and our ensuing argument made the music press which was also rather amusing. Also the director went on to direct/animate all the Major Lazer videos.

A song I wrote when me and my ex-girlfriend were a bit goth.

I did this a couple of years ago, it's actually pretty good!

I was their drummer and sang some bvs, recorded in 2010 by Rory.

Me and Oscar Scheller sharing writing and vocal duties.

Myself and sometimes-Parlour-violinist Peter's previous band.

Pale Seas 'Evil is Always One Step Behind'

I manage these guys.

A band that had a similar lifespan to an actual Silkworm, but we did manage to knock out this little number before I joined Parlour and they turned the volume up as Preys of Tigress.

DiS: You always seem to have amazing posters and artwork on your Facebook, who designs all of that and how important do you feel visuals are in a digital era?

I design all the bits and bobs as I go along. But I was super lucky to have Chrissie Abbott create all the original identity/artwork. Her work is amazing, and she has the best music taste, she has introduced me to so many good bands! Sarah Culross does our live visuals, and we’re working on a video together at the moment too. It's like having another member of the band when she plays with us. Visuals will always be important! It's fun thinking up different things to make for physical, online, video and performance, they should all have different characteristics.

Kier on Rory: You know what they say about men with warm brains...

Rory on Angela: A multi-faceted musician with hidden talents, a demon on the fiddle with a sharp left hook to boot

Angela on Danny: All round life champion. Only known loss of calm was an incident with a man pissing in the middle of the crowd at a Pixies show. 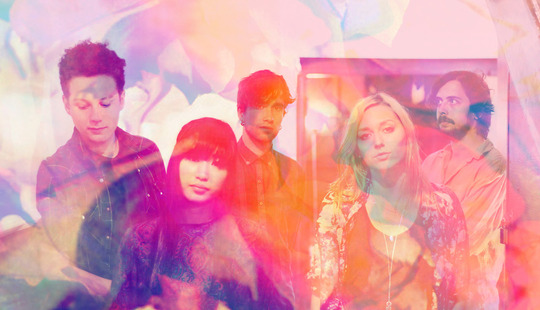