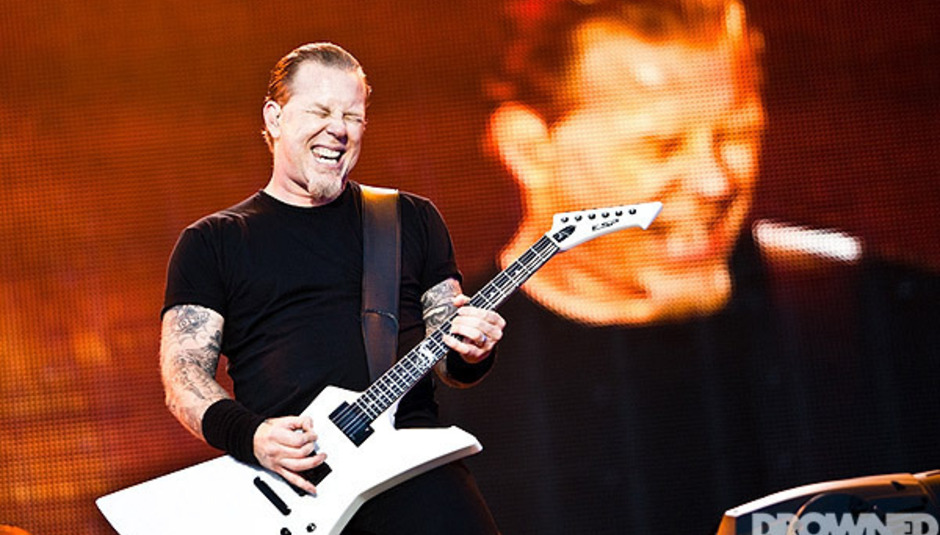 After two summers away, Sonisphere returns to the UK this July with a bill packed to the rafters with top draw metal and rock. Here are ten reasons why the event, which takes place from the 4th to 6th July at the legendary Knebworth Park (near Stevenage), is set to be one of the highlights of the 2014 festival summer…

1. The two biggest metal bands on the planet will be there

Apparently there are people on the planet with good music taste who don’t like Iron Maiden or Metallica… but I don’t recall meeting any of them. It may be true that, if you’re a fan of either, you have probably already seen them more times than you would care to admit on a first date but it’s probably equally true that you don’t recall any of those times being anything less than fantastic. There are numerous reasons why these two have been able to carry on playing as long as they have, but the fact that they always deliver on stage is a major factor in their continuing dominance of heavy metal.

2. You don’t have to watch them though…

Having said that, one of the main benefits of Sonisphere this year is the depth of its line-up. The undercard means there’s plenty to keep you occupied whether you choose to watch the headliners or not. For stern looking metalheads this means that The Prodigy can be avoided when they headline the Friday night - the likes of Anthrax, Carnifex and Electric Wizard are all already confirmed to provide competition on the smaller stages - and for those who worry that another Metallica shows might be one too many on Sunday, the likes of The Bronx, Therapy? and Trash Talk look set to be on hand. Oh, and there’s the small matter of New Model Army and The Sisters of Mercy on the Saturday.

Deftones are going to be sub-headlining Iron Maiden on the Saturday, which is the next best thing to Deftones headlining (which somehow they never became big enough to do). Although cuts from recent albums Diamond Eyes and _Koi No Yokan[/i] will be amongst the highlights, there will be plenty of Deftones classics on display as well. If you’re claiming that you don’t find the idea of screaming along to ‘Root’ or ‘My Own Summer’ in the sunshine at Knebworth appealing then something’s gone seriously wrong in your musical development somewhere.

4. Upcoming British bands are stepping up to the biggest stages

It’s easy to forget now that they’ve headlined Reading & Leeds, and been announced to top the bill at T in the Park this summer, but Sonisphere 2011 was the first time Biffy Clyro headlined a major festival. With the hairy Scots looking set to carry on taking over the world for several years to come, Sonisphere has pushed a few other young British acts higher up the bill than ever before this time around. Joining the big established names on the main stages will be Band of Skulls and The Defiled on the Friday and Alestorm and TesseracT on the Saturday. Whether you like any of these acts or not, Sonisphere deserves a huge chunk of credit for giving them such prominent slots.

The Sonisphere line-up is pretty diverse for a festival with metal at its heart. The Prodigy, Gary Numan, Frank Turner, 65daysofstatic and Dropkick Murphys all stand out but most important of all is probably the booking of Chas & Dave, who will be performing their new symphonic prog concept record based on the life of Peter the Great early on the Saturday afternoon. (Note: aspects of Chas & Dave’s performance may have been misrepresented there, but they are definitely playing).

It’s worth mentioning that Sonisphere hasn’t abandoned its metal roots further down the bill, despite the strong mix of styles present in the line-up. With the likes of Carcass, Carnifex, Electric Wizard, Gojira and Raging Speedhorn all appearing somewhere on the bill nobody could accuse Sonisphere of ignoring its metallic roots. Perhaps more importantly, there isn’t a pop punk band in sight.

7. It’s going to be progtastic

Prog has a divisive reputation but has gained increasing mainstream acceptance once again in recent years, and this is perfectly represented by the Sonisphere line-up this year. Dream Theater will play before Metallica on the Sunday night, bringing their spectacular technical ability to the fore. Also playing on the Sunday are fellow prog dabblers Devin Townsend Project, Karnivool, Mastodon and Protest the Hero. 65daysofstatic, TesseracT and The Safety Fire are amongst other prog leaning acts appearing over the course of the weekend.

8. Two of the best ‘full-album’ sets you could wish for

Full album sets are often underwhelming, but Sonisphere has secured two absolute corkers in this department this time around. If the fact that Therapy? were playing on the same day as Kerbdog wasn’t enough to send nostalgic fans of Irish Nineties alt-rock into overdrive then the fact that the former band will be playing 1995’s classic Infernal Love record in full should do the trick. It remains, to these ears, their best album to date and it’s nice to see Sonisphere giving it the chance to step out of [Troublegum’s shadow. Then there’s the news that Anthrax will be playing 1987’s Among the Living on the Friday night. One of the defining albums in the thrash metal canon, seeing the rejuvenated modern day incarnation of Anthrax perform their finest moment will be pretty unmissable.

9. The food looks set to be a cut above average festival fare

Newly announced food options for this year’s Sonisphere include headliner themed burgers courtesy of Brighton’s highly rated (and brilliantly named) Half-Man, Half-Burger, massive sides of fire grilled salmon and rustic French food from La Grande Bouffe. I haven’t been to a major festival since Sonisphere 2011, and have thus become somewhat used to the array of pleasing food options provided by the likes of 2000trees and Festival No. 6, rather than the soggy pizza that provides my lasting memory of Knebworth three years ago, so it’s good to know that the festival has chosen to up its game in this area. Iron Maiden’s own ale, The Trooper, will also be on sale for those who don’t want to drink warm lager all weekend.

10. Sonisphere is better organised than other major festivals

A slightly less exciting, but no less important, point to end with. Knebworth is a far nicer festival venue than so many others. It’s not as cavernous as Donington or Worthy Farm and, equally importantly, it doesn’t seem prone to cutting up into a total mud bath either. In my experience, having been to every Sonisphere held at Knebworth thus far, the event also tends to be better organised than many of its competitors. The alternating main stages mean that stage times are usually well adhered to, and movement around the site tends to be fairly painless, both of which enable a more relaxed festival experience.