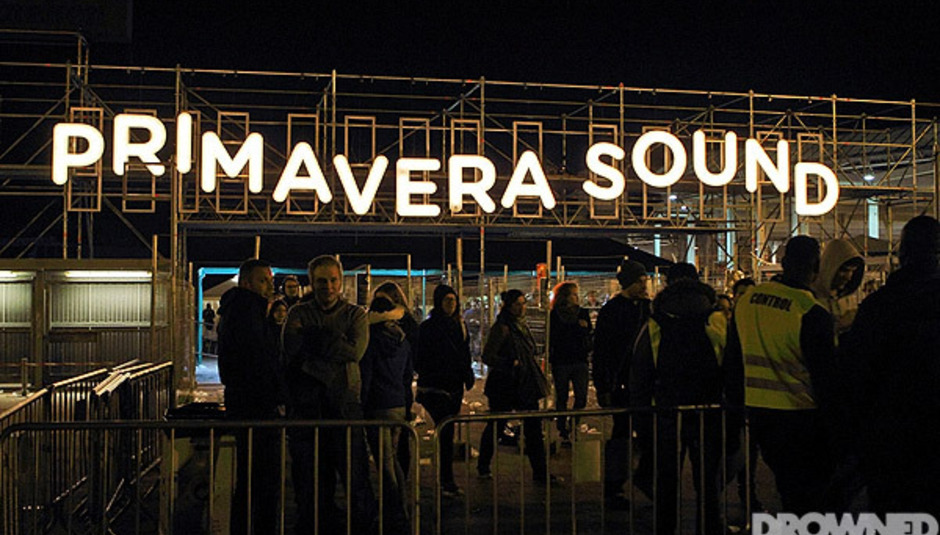 Entering its fourteenth year and still going strong, Primavera Sound has fast become the European centre piece of festival season. Set in the heart of Barcelona and spread across numerous venues over seven days, its is firmly cemented thanks to the consistently peerless annual bill.

This year's edition is no different, with over 200 artists set to perform, with a mouthwatering selection of headliners including Arcade Fire, The National and Nine Inch Nails. Beginning on Monday May 26 with Tigercats and Darren Hayman playing Primavera's opening fringe night at the Sala Apolo venue, the main event itself commences on Thursday 29 at the Parc Del Forum. This year is encompasses eight regular stages plus a 'secret stage' which has so far confirmed four of its six scheduled acts including The Wedding Present, Hamilton Leithauser and punk legends Buzzcocks. Primavera Sound revels in its diversity with quality control paramount. It'll close on Sunday June 1 with a series of events at the Parc De La Ciutadella, Barts and Sala Apolo where the likes of Dum Dum Girls, Mark Eitzel and Angel Olsen are all lined up to perform.

Of course, Primavera Sound isn't just about the music festival. While in Barcelona, arguably the most beautiful city in Europe, there's a multitude of things to see and do, with Park Guell, the Gaudi Museum and guided tour of the Nou Camp stadium all highly recommended. Nevertheless, this being a music site and all that, we've studied the line-up intently before handpicking ten artists you really have to see at this year's festival.

Not only are The Brian Jonestown Massacre and its founder member Anton Newcombe responsible for probably the greatest music documentary ever filmed in 'Dig!', they've also spent the past two decades releasing a ridiculous amount of incredible music. Fourteenth long player Revelation is out this month and as with its predecessors, fuses several musical genres while staying true to the band's psychedelic roots. Their live show isn't to be missed either, occasionally bordering on the dangerous or even shambolic but never uneventful. We implore you to arrive early as this show serves as the highlight of Sala Apolo's fringe events and is certain to be busy.

The National's ascent to the revered status they hold today has been well documented on these pages. From 2003's somewhat understated second record Sad Songs For Dirty Lovers to the holy trinity of Alligator, Boxer and High Violet and last year's Trouble Will Find Me, they're a band whose music resonates with so many, a far cry from their first venture into the UK and Europe when they struggled to attract audiences into double figures. That no longer being the case, DiS will be saying a prayer for any of the artists scheduled to go head-to-head with Matt Berninger and co, as we're certain there'll only be one winner here.

The word 'genius' gets bandied about all too often these days, yet for all intents and purposes one man surely deserving of such an accolade would be Trent Reznor. As a songwriter, producer, musician and performer his influence has spread far and wide, traversing genres as diverse as industrial, metal, noiserock, shoegaze, electronica and beyond. Most notably renowned for his work with Nine Inch Nails whose first LP, the seminal Pretty Hate Machine, came out 25 years ago. Expect to be pulverised senseless by a career spanning set. Avoid at your peril.

When Slowdive announced they would be reforming earlier this year, the internet went into meltdown. As did Ticketmaster when their first show at London's Village Underground was announced, the gig completely selling out in under three minutes. Their set at Primavera Sound will be the band's first festival performance in over two decades. Expect tears of joy behind a multitude of floppy fringes while the swooning harmonies of Neil Halstead and Rachel Goswell mix effervescently with layers of textured ambience and the occasional burst of sonic nihilism. Welcome back!

They say a memorable performance on The David Letterman Show can be more important to a band's longevity than any amount of radio play and media coverage. In the case of Baltimore four-piece Future Islands that probably rings true. Their slot on the show at the beginning of March drew widespread praise garnering a wealth of interest for much lauded fourth album Singles in the process. With an equally impressive back catalogue to draw from, we suspect these could be the band that brings the party element to Primavera.

In case you haven't noticed, we at Drowned In Sound are particularly fond of The Twilight Sad. To prove it we're putting them on at The Lexington in July. In the meantime we'd advise you check them out while they're still playing seminal debut Fourteen Autumns And Fifteen Winters in its entirety, probably for the last time here. However fear not, they're scheduled to play twice which means there really is no excuse to miss out on one of the most consistently great live bands on the planet taking Primavera by storm.

Colin Stetson was already a multi-instrumentalist of some repute long before 2011's New History Warfare Volume 2: Judges brought him the attention his solo output deserved. Playing what can best be described as abstract jazz with an experimental fervour, his mid-afternoon set in the cavernous Auditori bears all the hallmarks of being one of this year's finest spectacles. His solo live shows being very few and far between, we advise you not to pass up on such a rare opportunity to witness this master of innovation in the flesh.

It may only be May but one early candidate for album of the year must surely be Cloud Nothings excellent Here And Nowhere Else. As short sharp shocks go, it ranks with the finest of its generation. Punk in both attitude and aesthetic, frontman and main songwriter Dylan Baldi is a compelling character whose live persona borders on the ferociously vitriolic. Now stripped back to a three-piece, less is clearly more where Baldi and cohorts are concerned. Expect an hour of no holds barred, in your face anthems for the disaffected.

Playing their classic 1977 debut Marquee Moon in full, Television's early evening set on the Saturday is something Drowned in Sound is quite looking forward to. Despite hearing mixed reports from last year's performances of the same record, the chance to spend an hour in the presence of another living legend - the one and only Tom Verlaine - seems too good an offer to miss. With a line-up also featuring original drummer Billy Ficca and long-time bass player Fred Smith, be prepared to reminisce in awe.

Last but not least, how could we not recommend you go and see Thursday's headliners Arcade Fire? Anyone fortunate enough to witness last year's Reflektor shows will wholeheartedly confirm they're on top of their game right now, and with four impeccable albums to choose from, expect a setlist jam-packed with some of the finest compositions unleashed this century.

And here's a playlist featuring 100 of the acts on this year's bill...

For more information on this year's Primavera Sound including full running orders and schedules visit the official site.