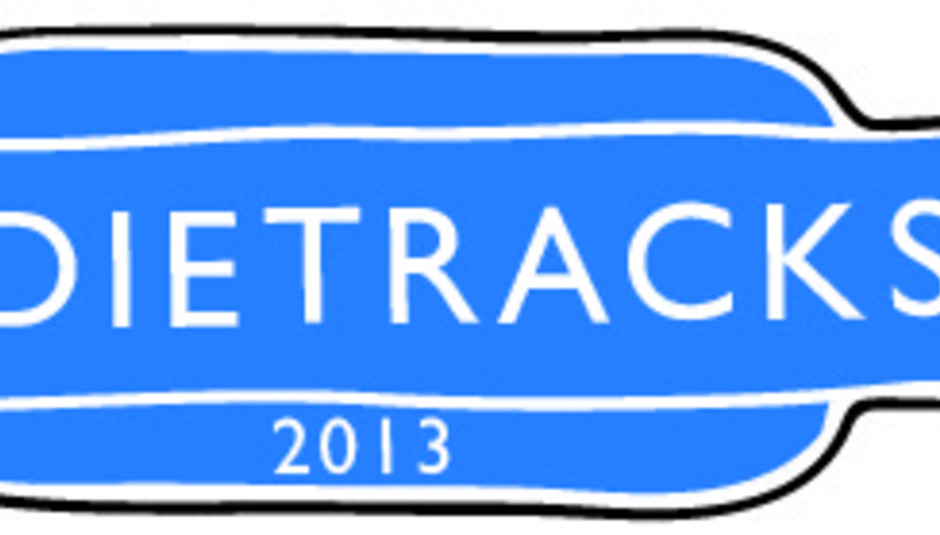 For those of you unfamiliar with the Midland Railway museum at Butterley Station, it's really worth a visit. Steeped in history and with a guaranteed ride in either a heritage steam train or diesel locomotive, it really is an experience to behold. As for those of you still unfamiliar with Indietracks then you really do need to put down that style mag, stop listening to Radio One, and seriously get out more. Sure, its homely setting on the Midland Railway site attracting approximately 1500-2000 people every year makes it about as far away from the spacious confines of Worthy Farm as is possible. After all, where else is it possible to watch bands play on a steam train? Or in a Victorian church? And we haven't even mentioned the engine shed which doubles up as an indoor bar and stage for three days. Then there's the artists, many of whom will be standing alongside festival goers in front of one of the stages, selling their own merchandise or simply chilling out in the buffet carriage, which is possibly the nearest Indietracks gets to having a guest area. Add the fact it's completely staffed by volunteers with all proceeds after costs going to the Midland Railway trust and you've arguably the most unique event of its kind on these shores.

Leeds or Reading this most definitely isn't, which means a hospitable and inherently humane audience, no £4.50 pints of Carling served in paper cups and thankfully no teenage zombies crawling in and out of their self-inflicted k-hole every twelve hours. Instead there's a wide selection of real ales and ciders, our personal favourite tipple coming in the form of the 6% proof locally brewed Poets' Pippin. Indietracks also prides itself on offering a range of activities unlike any other music festival. This year's workshops included How To Create Iconic Indiepop Album Covers In Lego (no, we're not joking!), Rock & Roll Sock Puppets and Make Your Own Bow-Tie! And how could we not mention Nosing With Norris, which basically involved twenty pictures and catchphrases associated with Coronation Street's Norris Cole hidden around the site from 3pm on the Saturday, with signed records and merchandise from many of the artists playing this year's event to the person finding the most.

Which brings nicely onto the musical fare on offer this year. While still very much a niche event, it would be fair to say this year's line-up ranks among one of the finest Indietracks has put together, with several clashes across all four stages over the course of the weekend. The first band we encounter are The Choo Choo Trains, a three-piece from London who describe themselves as "girl-guide shoegaze". While pleasant enough, their C86 inspired pop becomes a tad... predictable, and so DiS heads out into the glorious sunshine for something more intensely aggressive. Athens four-piece Tunabunny provide the perfect tonic, mixing Sleater-Kinney style harmonies with buzzsaw riffs and a sprinkling of attitude far beyond the realms of twee. Parisian quartet Pale Spectres also sound like a band who've studied their peers, mixing melodies Johnny Marr would have once been proud to call his own with the bite of latter day eccentrics like Weekend or The Pains Of Being Pure At Heart. Better still are Fever Dream, whose concoction of dreampop, slacker ideals and white noise makes us yearn for the halcyon years of Creation and Sub Pop all over again. Standout track 'This Waste' being possibly the most visceral four minutes we hear all weekend, they're something of an anomaly here but for all the right reasons. Suitably impressed, DiS heads to the merch tent and buys their EP. You should too, as it's wonderful.

Once upon a time there was a band from Hertford called The McTells. Initially indebted to all things Mark E Smith and Dan Treacy, they were active for the best part of a decade between 1985 and 1994 before calling it a day. Then last year, Captured Tracks reissued their first two cassette EPs prompting them to briefly reform. We emphasize the word "briefly" as they announce midset today is to be their final show. Which despite the shambolic nature of their performance; each band member has his own book of lyrics and chord sequences; is still a crying shame as they're utterly engaging from beginning to end, and closer 'Virginia MC' personifies the spirit of indiepop both past and present. While David Tattersall and co. would probably retch at such comparisons, The Wave Pictures remind us of a lo-fi Vampire Weekend. For six minutes anyway. Old favourite 'Long Island' is greeted by a mass singalong, while 'Spaghetti' and 'Come On Daniel' also encourage a similar response from the outdoor stage's largest crowd so far. That most people stick around for The Pastels is no surprise either given the Glaswegian outfit's legendary status on the independent scene. Not surprisingly, tonight's set draws heavily off recent long player Slow Summits, 'Check My Heart' in particular going down a treat. Teenage Fanclub's Gerard Love, moonlighting as an honorary Pastel this evening waves to the crowd when someone inexplicably recognises him, and even the impending thunderstorm overhead can't dissipate the excitement when they close with 'Nothing To Be Done' and 'Baby Honey'.

With the rain now torrential and everyone sheltering for cover under one of the indoor stages, the organisers swiftly move headliners Camera Obscura into the engine shed. Playing in a more intimate setting kind of suits them, and as with The Pastels, also relying heavily on material from their latest record Desire Lines, they're a soothing respect from the adverse weather over yonder. 'If Looks Could Kill' and 'Come Back Margaret' reminding us why we fell in love with career highpoint Let's Get Out Of This Country in the first place, while 'French Navy' is introduced as 'French Navy' rather than that song they play over the credits of 'Come Dine With Me'. With the rain thankfully yesterday's news and the sky reverting to a brighter shade of blue, Flowers on the outdoor stage is where our Sunday begins in earnest. Despite having only been together little more than a year, there's an awkward magnificence about their skewered pop which suggests their name will be on many people's lips in the none too distant future. Afterwards we make our way onto the train where Sarah Records legend Harvey Williams plays songs by his former band/guise Another Sunny Day, also throwing in the odd cover for good measure. It's a gratifying trip down memory lane, 'Anorak City' instigating a minor moshpit in the carriage followed by the vitriolic 'You Should All Be Murdered', which Williams apologises for playing after because there are children present.

With fresh air at a minimum inside the carriage, we're relieved when the train pulls up back onsite. The timing couldn't be better either as Brighton's Fear Of Men are cooking up an incendiary storm over on the outdoor stage. Led by diminutive singer Jessica Weiss, the two-girl, two-boy combo remind us of Throwing Muses or Belly dining out with The Cure, which is only a good thing. And when they throw in a haunting cover of The Chills 'Pink Frost' towards the end of their set several hundred revellers seemingly nod in agreement. New York three-piece The Ballet might describe themselves as "sissy pop", but their deftly constructed electro pop has an element of the Mael brothers or Stephan Merritt's more doleful compositions about it. Lancaster duo The Lovely Eggs follow suit, again drawing a respectable sized crowd for their agit punk pop. Meanwhile, former Factory and Sarah Records stalwarts The Wake bring a sombre touch to proceedings. Heavily cited by several artists in recent years - Girls Names, MGMT and The Drums being three - they play a career-spanning set which peaks several times, particularly when delectable seven-minutes long opus 'Melancholy Man' transports us back to 1985, long grey overcoats and all.

And so, with the festival entering its final hours, it's left to another cult hero of the indie scene Helen Love to encapsulate the true spirit of Indietracks. Having earlier promised a stage set akin to the KLF's appearance at the 1992 Brit Awards with Extreme Noise Terror, we're greeted by a pair of canons shooting confetti and ticker tape into the front rows. Despite having a new album ready to go shortly on Labrador Records, it's the likes of 'Joey Ramoney', 'We Love You' and 'Punk Boy' that create delirious pandemonium both on and offstage. By the time final number 'Does Your Heart Go Boom' is introduced by a salvo of more canons firing even more confetti, a mini-stage invasion gets underway where even yours truly gets involved. Afterwards, several people are heard to remark this should have been the closing headline set, which is perhaps a little harsh on Still Corners, whose sultry ambience is best illustrated by a heartwarming 'Berlin Lovers' midset. But then that's what makes Indietracks so special. Everyone's a star no matter what their billing, and its true camaraderie and spirit is perfectly summed up when a member of the bar staff plays 'The Last Post' on a bugle to signify the end of the festival.

A truly magnificent weekend that just gets better every year.