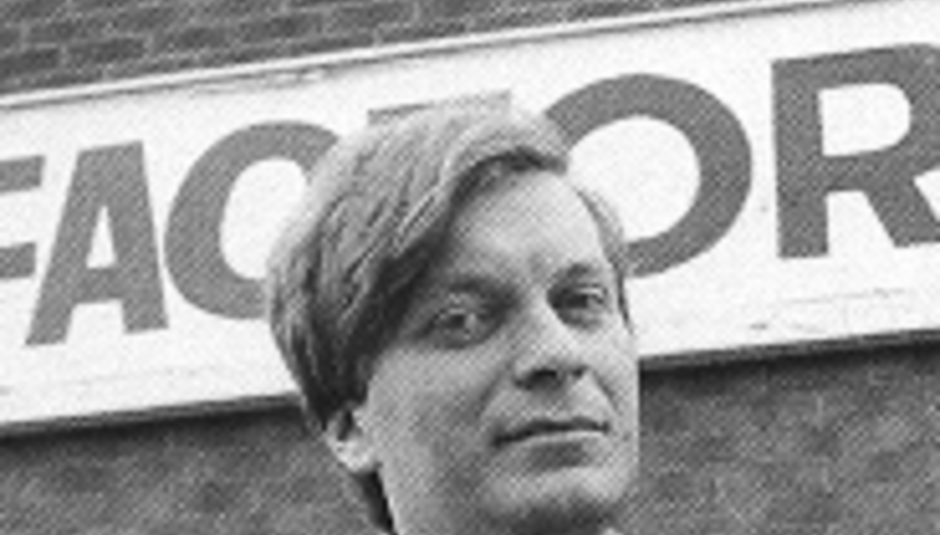 It seems every year, pretty much every band in the country (and around the world, no less) wants to play In The City, the annual music convention that plays host to numerous industry panel discussions, live showcases, free bars (hooray) and most infamously, the unsigned band gigathon, where bands get to play in front of chequebook-waving A&R reps. In The City has played catalyst to the signing of Coldplay, Doves, The Darkness, Elbow, The Raveonettes, and Muse, among others.

But in addition to the unsigned shindig, ITC – in its spiritual home of Manchester – is running this year with the theme “Retaking the World”. DiS not only previews some of the bands playing (coming on Monday!), but also speaks to the main man behind the event: Mr Tony Wilson, ex-head honcho of Factory Records, TV personality of some note, and the man portrayed very admirably by Steve Coogan in recent flick ‘24 Hour Party People’ (book reviewed). He now has a new label, Red Cellars, with a roster of… zero bands.

So, we got on the phone to let him rant at us (with contributions from wife and fellow ITC director Yvette).

DiS: In The City, “Retaking the World”. The music industry is in crisis?

Tony Wilson: Everybody else says that, not me. There are a lot of difficulties but the essential answer… I would be worried if this generation of British kids were less into music than previous generations, and that’s just not true. This generation – 12, 13, 14, 15 year olds – are as obsessed with music as any previous generations. As long as that British tradition of being obsessed with rock and roll continues, the industry has to have a certain rude health. There are problems. In The City addresses them, but instead of moaning about them, it’s ‘Let’s get on, let’s move forward’. That’s the theme this year.

DiS: How do you think it will be able to move on from the Pop Idols and Fame Academies and so on?

TW: You’ll always have pop and there’s nothing wrong with pop, but the children who grow up being obsessed with pop – they mature, and they begin to demand something different and something more. So that will come. I’m disappointed that we haven’t had it yet; I got it wrong, I thought the last British generation of kids who were into Nu Metal would absorb it and regurgitate it with irony, and it would be new and fresh, and better than the American version, which has happened several times since 1966. It hasn’t happened, unfortunately, as one would’ve wished. I have complete confidence.

DiS: What do you mean ‘regurgitate with irony’?

TW: The way the Rolling Stones or the Beatles, for example. The way the British kids absorb a piece of culture and then re-express it with a certain cleverness and aesthetic which adds to it rather than detracts.

DiS: You’re introducing an entry-level aspect to ITC this year…

TW: Yes we are. We’ve always been careful not to have In The City be for wannabes; it is for gonnabes, people just starting in the industry who have real talent and imagination. The entry level will involve panels but at a much more basic level. For example, one of the core topics at In The City this year will be the Robbie Williams contract, which is a great example to us all. There are heavyweight legal and financial panels about that deal, as you would expect, but the entry level will be much more general about contracts. People coming into the industry need a general idea of it but don’t need the complexities of it.

DiS: We’re covering the subject of indie labels and how they survive, for example Domino, who’ve been going 10 years and still put out great records.

TW: Domino are a fantastic organisation, that’s absolutely true. I always think that the secret of an independent label is find a good act. If you find one really good artist and you keep them, you can have an independent label, build fucking nightclubs, spend half-a-million pounds on a bunch of other crap acts and do whatever you want out of one good artist. But the number of people I know with labels who get themselves going and then they sign their major artist to a major label, and say they use the money to fund the label… that never fucking works. That is always a major error. Whenever I hear someone doing that I think ‘Oh no, not another one.’ Not the way to do it. You wanna keep your major act. That’s my opinion, always, always, always.

DiS: How do you think the indies can keep the acts when the majors come in for the swoop?

TW: By having a specific relationship of trust with the band. Sometimes I wonder why New Order spent 15 years with me – and I think they sometimes wonder as well – but they did. There’s also the fact that making sure the band are not so stupid that they think that a major can sell more records than an independent. That is complete and utter bollocks. I mean, Kylie Minogue was on an independent and blah blah blah. Indies cans sell as many records, and often more records, than majors. So as long as the group isn’t stupid, and, the group’s manager being intelligent enough to know that an advance isn’t money. People make real money by selling a large number of records, not by taking a big advance. There’s that wonderful Courtney Love analysis of a million-pound record deal: basically for a five-person band it works out at $20,000 a year. You’d rather be on the fucking dole, for fuck’s sake. That’s one of the big issues.

DiS: How do you think things can get easier for the indie labels?

DiS: What examples can you think of recent bad deals with artists and labels, for example, people signing for massive advances?

TW: Oh GOD. Well I think the two bands who didn’t sign to me recently were off their heads. But I would think that wouldn’t I? I’ve only just forgiven them but there was a year when I wasn’t talking to The Music, or their managers, who used to be friends of mine, ’cos I was so FUCKING irate. I was really pissed off. I adored The Music, and for me to adore anything out of Leeds is a bit odd, so that was how much I loved them. More recently, again, a Drowned in Sound band, Cat On Form. I’d long thought that, in my life, my dream was to have a third major band after New Order and the Happy Mondays, and when I saw this band I thought, ‘Oh my god, this is it. This is it! How lucky am I? How wonderful. Isn’t this bizarre?’ There was one night in Oxford when I finally got to see them. On a very busy day I got on a plane to Gatwick, which is a pretty horrendous thing in itself, went for a meeting with the band in Brighton and fell out with them. They don’t have a manager, do they? And my usual speech to all bands: you have to have a fucking manager. I said to the singer, ‘Come on, no band ever makes it without a manager.’ He looked me right in the eye and went, ‘FUGAZI.’

DiS: That’s the one everyone uses for an example!

TW: Yeah! So I went ‘Fuck you!’ Anyway, we had a row and I still love them dearly, but they decided I was too obnoxious to work with. My boss here’s agreeing with that. So, I lost Cat On Form, but I still think they’re utterly fantastic. At the moment I’m hoping to curate a night at the ICA in London for Amnesty International, and my theme is ‘The Ones I Didn’t Sign’. There’s obviously a Cat On Form problem at the moment ’cos the lady drummer has hurt her back, hasn’t she, and they had to cancel their tour… but anyway, if she’s better and back then they will do that and The Music will do that.

[DiS update from the future: the gig takes place on Oct 15th as part of the 'Dj Saved My Life' series. more info]

DiS: How do you find running a label now compared to in the past?

TW: I don’t, you see, as the label just sits there ’cos I’ve got no bands! I’m just constantly looking. Red Cellars was created for The Music, who then went off to Hut, the bastards, and then we were very interested in Fi-Lo Radio, they’re very good, but that didn’t happen either. Again, I think, running a label, doing all these things, is about having a great band. Having a shit band would be a nightmare, but if you have a good band who are difficult – that’s also a fucking nightmare.

DiS: Why do you still want to do a label? It sounds like hell from what you’re saying.

TW: Because there’s nothing like it. I did an evening with Paul Morley the other day, my favourite writer, who was doing a press launch for his new book, and we discussed at length this amazing art form – the rock and pop song or whatever, which is still amazing. And as you get older, you realise how fundamental this is. There is nothing else. Television work and the rest of it, it’s all bollocks.

DiS: What’s happening with In The City in New York?

TW: It’s just a small one-day event before CMJ starts. It’s really part of a north/west trade mission, and to have a discussion point which will allow networking between UK music people and people in New York. We won’t have the specifics of that until after In The City in September.

TW: He came across some kids in a warehouse in Paris and now he’s locked into this group of them who talk to each other on the web. They’re basically a whole bunch of kids who buy a special Gameboy chip from a man in Stockholm, which allows them to play music on their Gameboys live onstage. I would call it the ultimate in lo-fi. Malcolm thinks it’s fantastic. He’s obsessed by them. The idea is to bring his Gameboy people – one from Stockholm, two from Chicago, one from Paris – to perform at In The City.

[DiS update from the future: Mr McLaren got more ambitious with the amount of people involved in the band, so the gig’s been scrapped for now, for logistical and financial reasons.]

DiS: He seems to come in for a lot of stick, that man. Do you think anybody in the music industry who seems to go out on a limb is looked down upon?

TW: Nah… Malcolm is one of the greats, a maverick. The industry quite likes me and I’m a maverick. Oh, Yvette’s just said that no one likes me. There you are.