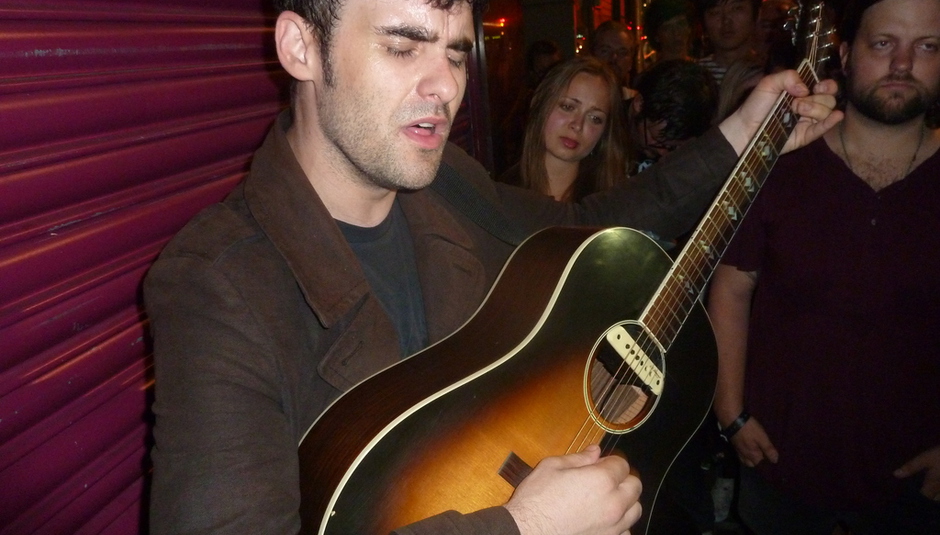 In the twelve years since the release of their debut LP B.R.M.C., Black Rebel Motorcycle Club have experienced an emotional rollercoaster ride. Endorsed by Noel Gallagher during their formative years, 2003's second album Take Them On, On Your Own being cited back then as the album that would dethrone Oasis from their media-christened title as kings of rock and roll. Having overcome numerous setbacks in the interim period that would have seen many of their peers call it a day, they've bounced back from label fall-outs, internal conflicts with former bandmates and personal tragedy, while forging their own musical discourse in the process. Indeed, while many predicted global domination after the commercial success of their aforementioned second long player, BRMC released the lo-fi folk of Howl instead. From that point onwards, having chosen to operate as a unique entity outside of any perceived fad or genre, they've established themselves as one of the most definitive guitar bands of their generation, culminating in tonight's fairly secretive yet ridiculously over subscribed show at London's legendary 100 Club.

Having toured the festival circuit for the majority of the summer, something the band have repeatedly stressed they're not particularly fond of, it's something of an honourable gesture that they've opted to play in their adopted second home of London, signifying the end of a near six-month long sojourn around the world. While B.R.M.C. undoubtedly paved the way for everything that followed, the band's last two records demonstrate what a finely-tuned and polished machine they've become. Both as songwriters and arrangers, whereas 2010's Beat The Devil's Tattoo offered a more widescreen insight into their world, the personally introspective nature of this year's Spectre At The Feast underlined why they're now seen as a highly influential starting point by a host of other artists.

So onto tonight, which represents a pinnacle in the band's raison d'etre. Maybe not from the angle of commercial viability, but certainly as a lesson in how to sustain longevity. While the ill-advised choice of support bands prove a minor blip, Black Rebel Motorcycle Club take to the stage like three possessed demons. Showing a reinforced vigour not normally associated with a band who've spent such a prolonged period out on the road. Playing a thirteen-song set encompassing their entire career, it probably speaks volumes for the band and their followers that recent album tracks 'Sell It' and 'Rival' are equally if not better received than the "hits" they play this evening. Similarly, a rare outing for 'Screaming Gun' off their debut EP of the same name is greeted with the kind of response usually reserved for a victorious battalion returning from combat.

While Robert Levon Been and Peter Hayes remain the focal points, the contribution of drummer Leah Shapiro to the band's sound and ethos cannot be underestimated. Howl is represented by 'Ain't No Easy Way' while even the much-maligned Baby 81 offers up a resurgent 'Berlin', its refrain of "Suicide's easy, what happened to the revolution?" sang back enthusiastically from the sweaty throng. When Levon Been announces this as being one of the greatest gigs he's ever played before launching into 'Six Barrel Shotgun', it's difficult to argue with him, particularly those of us who've witnessed the band's live performances from their earliest UK shows onwards. Closing with 'Whatever Happened To My Rock'n'Roll' and 'Spread Your Love' amidst a heap of writhing and contorted bodies, members of both and audience swapping vantage points at regular junctures. Triumphant until the end, the band leave the stage with the venue's curfew time passed. However, the 100 Club's fire alarm inadvertently sets off a panic-stricken rush for the exits, only to find Robert Levon Been already outside, acoustic guitar in hand, serenading Oxford Street's passers-by to an impromptu version of Howl centrepiece 'Weight Of The World'(an excerpt of which can be found below).

With songs already said to be taking shape for album number eight, expect to see them back on British soil sooner rather than later.