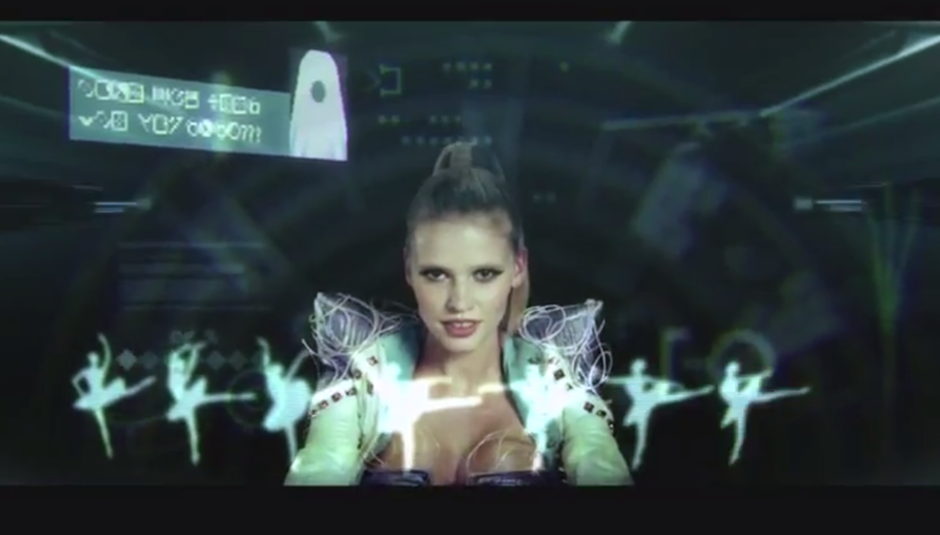 If Hot Chip are at a stage where they can command Terence Stamp to mouth the words ‘I don't play no gabba' in their video, I am definitely happy; nothing makes me gladder than their continued and reliable ability to go to ground only to pop up, a couple of years later, as winky, nudgy and amiable as ever. ‘Night & Day’ is a Hot Chip song in the best tradition, by which I mean that it is compelling you to the dancefloor at exactly the same time as tickling you, right in the sweetest and most vulnerable part of your ribcage. You know, if we are going to talk about having your cake and eating it today - or making dance music with its tongue in its cheek (that still manages to be supremely affecting), here's your benchmark.

Hunger often sharpens the palate, and perhaps this is why we Britons are so very good at writing songs about heat – songs that need to be listened to on holiday, when all humdrum and workaday things are forgotten. ‘Boiling’ is one of those songs, and it is, in fact, strangely English – the word ‘boiling’ itself conjuring up nothing so much as the Famous Five on a hilltop picnic [‘Gosh, I’m boiling,’ said George]. Which in many ways is not the thing at all when Disclosure’s song sounds so very blissful and San Sebastian and carefree; especially when it finds itself on a teletext package deal of an EP like this, where lyrics about love 'making you itch' put you in mind of embarrassing clinics; two tablets now, two tablets tomorrow. ‘Boiling’ is brilliant, despite Disclosure still only being about twelve years old - imagine what they'll have done by the time they're 25 (or don't, if you're old, it'll just make you blue).

Tennis - ‘My Better Self’ (ATP Recordings)

Sincerity is a hard thing to come by in modern pop music, and if you’re not burying your simple sentiments under an avalanche of meta-layers, sly winks and dark visual nods, give up, because nobody’s buying. Tennis are doing this on ‘My Better Self’, which has a vocal performance with just the right amount of 1981-Madonna-audition-tape and a video in which a judicious dollop of regulation-strength, awkward formation dancing (as well as tiresome - presumably Lynchian (sorry) - weirdness) ensures that nobody is left with the impression that Tennis mean it; they’re just messing, you guys. So this is all terribly modern – unsexy in a way that makes you wonder just why hipsters are allergic to sauce (do they think it is vulgar?); stilted and lacking in slickness in a way that can only be deliberate. Luckily, none of this matters, because the song itself - and the sheer sweetness of the vocals - gives them away. And I think they DO mean the sentiments on ‘My Better Self’ despite how much trouble they seem to have gone to in the video, to hide them.

I’m with ‘Jump Up’, and it’s boulder-rolling, Big-Beat-and-Go-Team-by-way-of-Gold-Panda stylings, until the vocals come in. And then it loses me a little, mainly because lyrics about driving shopping carts into mud seem slightly out of step with the insistent jollity and dancefloor magnetism of any song that calls itself ‘Jump Up’. I should point out here, that I am mainly griping as I feel it is my job to; said gripes being very small, and this being a song that cries out for a large warehouse filled with bright young things, and a dangerous sound system, because that is where it is going to make the most sense. Very good.

Moulettes - ‘Sing Unto Me’ (Balling The Jack Records)

I’m including Moulette’s ‘Sing Unto Me’ largely so that I can point out how folk is pretty much the only genre in which you can get away with adding an extra syllable to the word ‘lovely’. I mean, I say get away with it, what I mean is, Moulettes sing about being called to attention by some bells, and their prissily perfect pastoral paradise, and then I get to the bit where they sing ‘What a luv-ver-ley epitaph!’ and the whole chimera collapses because nobody can sing ‘What a luv-ver-ley epitaph!’ like a wonderfully uptight, schoolgirl choir, in a world that also contains whole forums dedicated to PUA negging. And yet, here are Moulettes, doing exactly that.

Modern Times are all about contrast, which is why ‘110%’, Jessie Ware’s latest song-as-swoon, is mostly about keeping the dancefloor warm for someone you fancy even though they have left you quite alone, prone and vulnerable to the sort of people who make it their mission to press their nethers into every available female bum. But it also has an intermittent toast, in which an MC claims to be ‘carving my initials in your forehead’. This (come now Jessie), is not very nice, and is definitely the sort of thing that will end in tears. I also don’t know why the video has to look like a Marks & Spencers Summer Range At Per Una advert, but can only assume my continued and deliberate inexposure to popular youth culture now means that trends are passing me by at some wild rate; whoosh, there goes another one, I think it was the resurrection of the scrunchie. (This single is excellent).

Dear Jake, now you are eighteen, you do not need to put up with grown-ups describing you as the ‘troubadour to watch’ on press releases.

When things horrify me completely I feel it is my duty to share them with you, though I present ‘Drink Dance Play’ with little comment, what with me being not exactly what you might call target market. Careful what you wish for, younglings.