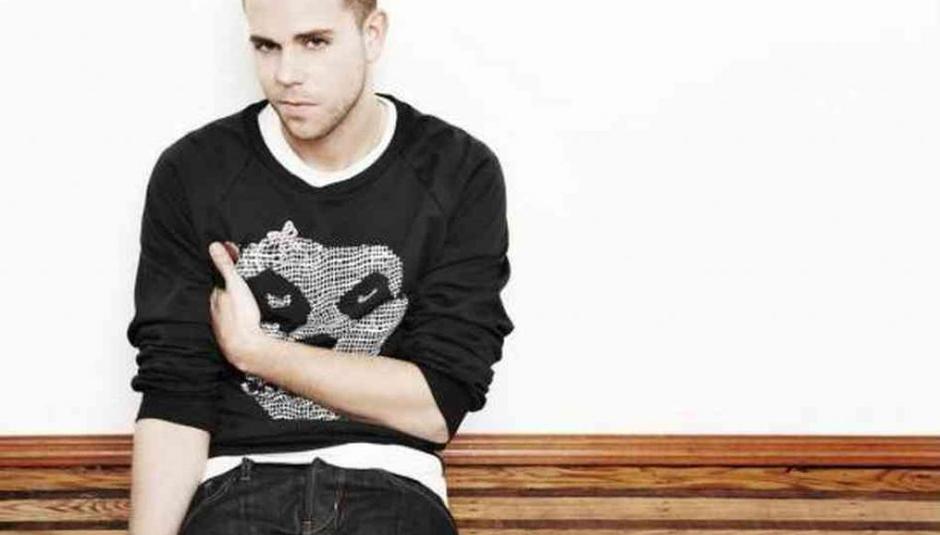 Little more than six months on since Digital Shades Vol 1 laid bare his devotion for the ambient works of Brian Eno, Anthony Gonzales returns with M83’s fourth album proper, Saturdays=Youth, a misty-eyed evocation of ‘80s youth as depicted in the Brat Pack films of John Hughes. Featuring the vocal talents of Morgan Kibby, it’s Gonzales’ most accessible set to date, recalling the hormonal pop of The Psychedelic Furs and Tears For Fears as well as the usual shoegaze and post-rock suspects – over to the man himself at his home in Antibes ahead of a busy touring schedule to explain...

You worked with a couple of producers in recording the new album – was that the idea from the outset?

The main idea was to make something different from the others and I felt it was a good idea to work with two producers to help me achieve that. The other idea behind that was they were really different - Ewan Pearson has come from the electronic scene and his sound is really modern, you know, and on the other hand Ken Thomas worked a lot on the ‘80s sound and a lot of productions from the eighties bands I loved, like Cocteau Twins and Depeche Mode. I think the combination gives something quite unique to the recording. They were really aware of what I wanted and it’s important for me to feel confident with the people I’m working with.

Was it the case that you would work with different producers on individual songs or did Ewan and Ken have a more general input?

No actually we started working with Ewan Pearson on the demos in his studio in Berlin and after that the team was reunited in Wales at Rockford studios. I mixed the album with Ken Thomas in London for two weeks.

It’s a pretty eclectic set compared to previous releases – could you talk about your inspiration for specific songs?

Well I think the main idea was to have eleven different songs because previous albums were more like soundtracks from a movie; all the songs were very close in terms of atmosphere, they had all the same spirit. You could say the songs here have the same spirit as well but they are coming from different feelings; for me this album is more like a journey through the ‘80s period of music.

What is it you enjoy about music from that era in particular?

I discovered that stuff when I was like fourteen or fifteen ‘cos I was too young to listen to that kind of music. But I think it’s a really important period for the music industry because a lot of great bands opened a new window for music, it was a great period for experimentation and discovery. Even on the radio you could listen to bands like Tears For Fears and that’s pretty unique, it’s very different from now. Bands and producers took a lot of risks so yeah it’s a really important time for me.

One song (‘Up!’) sounds very Kate Bush, and I think you managed to sneak in a ‘hounds of love’ reference in the lyrics there – was that deliberate?

I chose to work with Morgan ‘cos she had this Kate Bush style to her voice which I really liked; a really ’80s vocal styling. But we also experimented with different styles using her voice; on a couple of songs we tried to use her voice as an instrument rather than a vocal. But with ‘Up!’ we just kept her voice as natural as possible. Morgan actually wrote a lot of the lyrics.

Yeah, New Order’s another big influence for me. ‘Couleurs’ is like my personal vision of what a dance track should be. The song’s very different from what I’m doing elsewhere, we wanted to produce it like Liquid Liquid. Ewan Pearson did a great job here and he worked a lot on the written side of the song.

Are you more of a clubber or stay-at-home sort of person?

Sometimes, it’s not my favourite thing but sometimes when you’re on tour it’s cool to go clubbing and relax, I like a lot of house music. That’s part of the reason I chose to work with Ewan Pearson, ‘cos I’d heard a lot of his remixes.

You’ve been playing with an expanded, four-piece line-up recently – has that altered the dynamic of the live shows much?

Of course, but I think it’s a good thing to try out something different each time. We just started three weeks ago, so it’s still a bit young.

Digital Shades Vol 1 was more of an ambient release – did that inform your decision to make a full-on pop record this time around?

Actually when I first worked on that record it was just after the US tour for the previous album and I was a bit tired of doing rock music, the tour was very electric and intense, so I just wanted to make something quiet to rest myself. But really my main priority with this record was just to do something different from the previous one.

Are you happy for people to think of that record as a side-project or is it an essential step in the band’s evolution?

No it’s fine, Digital Shades is more a recreational thing for me; I’ll do my best to come back to it whenever I get chance, it’s really fun.

You’ve also mentioned how the new record is inspired by John Hughes’ films – do you relate to those films personally or is it more just the style that you enjoy?

Again I discovered these movies when I was fourteen or so. It’s such a good snapshot of what teenagers were in the eighties, and I feel close to this kind of atmosphere. One of the most important periods in my life was my teenage years and I had so much fun during that time, so many good memories. Watching those movies reminds me of that, yeah, it makes me feel melancholic and nostalgic about that time. Even if I’m 27 I still behave like I was 14, you know...

But the teenage thing does run through your work quite consistently, is that purely a nostalgic thing then?

I’ve always been fascinated with teenagers because I really loved that tiem in my life. But all the movies I watch seem to link back to that somehow. Cinema’s a big influence for me; even more than music actually. I’m also a big fan of Gus Van Sant; all these directors who talk about teenagers’ feelings in their movies.

Watching so many American teen movies just makes me think I really wouldn’t like to go to school there, with everyone in their little tribes, geeks and jocks –

They’re the big guys who play American football and get the girls...

Oh yeah (laughs)... Well, concerning myself with the movies I watch I always dreamt of being a teenager in America with all the big parties on Saturday and everything.

Did you belong to a particular tribe at school?

I dunno I’m quite shy, I liked my skateboarding and video games.

Is France as obsessed with its teenagers as America seems to be?

Being a teenager in France is the same anywhere, you know. They rule the country in a way...

Saturdays=Youth is out now on Mute; the band (MySpace) will be stopping off for the following dates in London and Dublin, including a Saturday show at the Camden Crawl (details to follow).