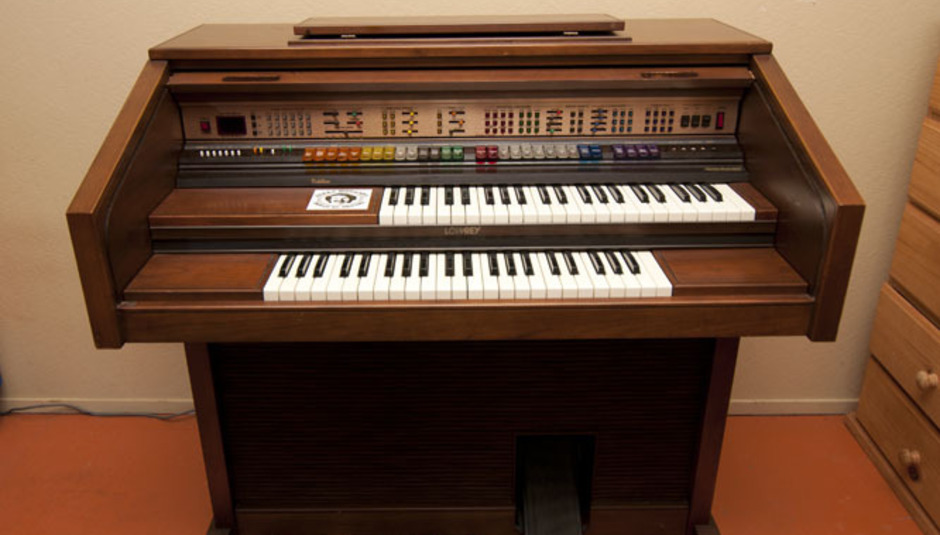 Gotye talks us through some of the equipment and instruments he used to record the album Making Mirrors....

"I used to love the exhaustive gear lists that artists like Tomita and Vangelis would put on the inside sleeves of their records. It may have diminished the mystery of where these amazing sounds were coming from, but it added to the mystique of the instruments themselves- these unobtainable pieces of hi-tech with such complex, preposterously futuristic names. Eventide Clockworks Instant Phaser anyone? So, with much nerdy pleasure, I present to you, my list:

Equipment Used By Gotye for the Making of the Album 'Making Mirrors':

My favorite piece of kit amongst this long list is easily the Lowrey Cotillion organ. My parents bought it for me from a Salvation Army second-hand store for $100 in 2009. It was released in 1981 and I’ve been told that it retailed for around $15,000 at that time! I had always loved playing with the various electronic organs hiding in dark corners of studios I’d visited over the years, but I found they had a lot of similar functions, effects and sounds (endless electronic flutes!). It was a joy to discover that my folks had chanced upon a fully-functioning organ that also happened to be a brilliant and idiosyncratic synthesizer. I instantly fell in love with the Cotillion’s sounds- there are a bunch of quite peculiar ones, but also a host of really vibey patches that, despite the D-575 being a digital model, have an analogue grit to them which I find really appealing. I got so into the sounds on this organ that I wrote a song not just to showcase them, but also a self-reflexive lyric that mused on how fascinated I was with their peculiar sonic qualities. The song, 'State of the Art', is one of my faves on my recent record, and it features a whole bunch of Cotillion sounds.

Banjo, on repeat: The banjo sound is hilariously pokey, almost like a gated 8-bit chip blip, but you can control it and other patches in the “Orchestral Symphonizer” section with a “Repeat” function. Push the Repeat button in, and the staccato banjo note plays over and over again. Drag the repeat knob from left to right and the speed of the repetition increases until it reaches a pace no human banjo player could ever match. In short, it sounds nothing like a banjo, but it’s a totally sweet sound in it’s own right. Choir: The Cotillion Choir is a fabulously dorky sound- a soft, android-like series of synthesized vowel sounds that change sequentially as notes are played. You can pound a single note of the choir in repetition and get a sequence of “ahhh”, “ehhh”, “orhhhh”, “eeeeeh” and “uuuuuhh” tones out of it. Even when playing chords, the vowel sounds change in this sequence and it has groovy simplistic talkbox-like quality to it. Trumpet: Another of my Orchestral Symphonizer favorites. This is a super-squeaky electronic trumpet patch, but it has a really sympathetic vibrato that creeps in after the initial attack. There’s just something “deluxe” about it as a sound, though it’s also kinda preposterous. I used it in the post-chorus section of State of the Art for a sequence of hanging chords that employ lots of suspended 2nds and major 7ths.

Genie Bass: Brilliant name, makes for a great second verse lyric, and the platform towards some wild animation by Rubber House but it’s actually a pretty mundane function. Flip the switch, hold a note or combination of notes on the bottom keyboard, and you’ll get a bassline to match your rhythm accompaniment. Good for feeble left-handers like me, and jokes involving Aladdin.

Pitch-bend foot switch: I love that I still discover weird things this organ can do after having it for a couple of years. My girlfriend’s dad is a long-time organ enthusiast, and he showed me a small, foot-kickable switch to the left of the volume pedal that bends the whole keyboard’s notes up from a quarter-tone below the pitch you press. Good for faux-steel guitar twangs and making everybody feel temporarily musically queasy."