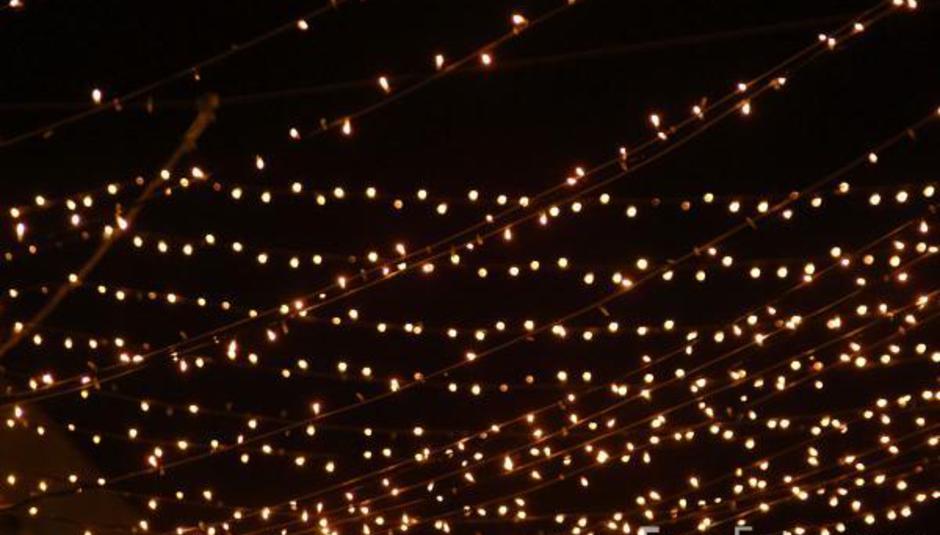 It’s only natural at this time of year for us all to get a bit reflective. So, at a time when the Internet is poised to go crazy with nostalgia for the last eleven and a bit months, it seems fitting to devote this installment of Drowned in Newcastle to an attempt to round up all of the great stuff which has happened in our music scene over the course of 2011. And it really has been a fantastic year, one which has seen a few of our bands take massive strides out into national consciousness, and dozens of them move closer to that stage with a cavalcade of brilliant music.

December 16th sees NARC’s annual Stars in their Eyes Christmas party hitting the Cluny. It’s going to be quite a spectacle seeing O’Messy Life tackling Andrew WK, Baskins Wish as Weezer, Grandfather Birds as The Cure, and Young Legionnaire being joined by some pals to have a crack at Nirvana. The following Sunday most of Newcastle’s best and brightest will clamber on the bus to Warkworth for the seventh edition of Out of the Trees, featuring, among others, Withered Hand, Nev Clay, Fantasy Rainbow, and a reprise of the recent A Woman of No Importance reunion. If you’ve still got any energy after that weekend, I can’t recommend the triple header of B>E>A>K, Warm Digits and Young Liar at the Cluny the next night highly enough.

2011 has seen the likes of Lanterns on the Lake reaching a new audience thanks to their hook-up with Bella Union (a perfect fit if ever there was one), and the resulting album Gracious Tide, Carry Me Home was as good as their early EPs encouraged us to hope, perfectly encapsulating their killer blend of cinematic expansiveness and bleary-eyed beauty.

Another band to whom this year has been kind is Vinyl Jacket . They’ve had two extremely well received singles (the second of which, ‘Koala’, was BBC Introducing’s most played track of 2011 across the UK), and went down a storm when they played at Glastonbury this year. It’s not too hard to see why, either, because their songs are ridiculously catchy and infinitely likeable.

Similarly, as we mentioned last time out, Let’s Buy Happiness have also gone from strength to strength this year. They’re picking up some pretty enviable gigs at the minute, including a slot supporting Primal Scream last month, and it’s all down to their gorgeous warm pop songs.

So while we’ve got a few Newcastle bands nicely poised to assault national consciousness, 2011 has also seen strong releases from plenty of bands who seem poised to follow in the footsteps of Lanterns et al. My shameless adoration of The Union Choir has been documented here a couple of times, and right now I can think of precious few bands from this area I’d rather listen to or see. 2011 saw their first full release in the shape of ‘Eleanor’, a release which, like a true classic single, featured two b-sides which were just as strong as the a-side. And they’ve ended this year on a high note by releasing free download single ‘Scissors and Sellotape’. It’s absolutely gorgeous too, an achingly pretty torch song which, without seeming to try, captures the happy-sadness of the Festive period utterly perfectly.

The Union Choir - Scissors and Sellotape by Cottage Industries

Mammal Club provided another highlight of 2011 with their Au EP back in April. They’re clearly ridiculously talented musicians, as is exemplified by their tight as fuck live sets, and Au is impressive in its execution. With another release this strong next year, it’s not hard to imagine such an intricately melodic band having people falling at their feet.

At the other end of the scale, Acrobatic Society’s Meat Meets Meat EP, released towards the end of the year, sticks out from much of the rest of what’s going on up here, its endearing (and deceptively well-controlled) looseness making it tough to draw any kind of comparisons with any other bands either local or further afield. The launch gig for the EP at a rammed Head of Steam was one of the best gigs I’ve been to this year too.

It’s taken forever to arrive but Minotaurs’ debut album Eat Yr Hate was absolutely worth the wait. They’ve already gone to ground again, hopefully to return at some point, but this time at least they’ve left us with this bundle of perfectly-pitched, beautiful songs for sustenance, along with the fading memories of that triumphant balmy night at the Cluny in September.

Minotaurs 02 Anyone who had a Heart by Cottage Industries

Finally, even though I feel like I mention them every couple of months, it’d be lax to mention this year’s best local releases without touching on Young Liar’s debut EP again. I’ve probably listened to it more than any other Newcastle-born record this year, its combination of gorgeously intricate instrumentation and guttural brutality making it absolutely moreish.

I need to go all the way back to February for my favourite gig of this year, but the memories are still vivid. Efterklang’s trip to the small room of the Sage was absolutely life-affirming stuff. It was one of those nights that transcend mere gigging, and become something that stays with you forever. Even though I’ve never been a massive fan of Magic Chairs as a follow-up to Parades, it all came to life that night, and it was always going to be impossible to top. For much different reasons, though, Dananananaykroyd’s farewell gig at the Cluny a few weeks ago came close. It was sad to see them go, but any regret was usurped by the sheer visceral shouty fun which left the Cluny bruised, sweaty and breathless.

Earlier in the year we talked about Month of Fridays, which took over the Cluny and Cluny 2 for five weeks in September, and it proved responsible for some pretty amazing nights, with Clock Opera proving to be the pick of the bunch. Hopefully there’ll be a repeat of this series at some point in 2012. As amazing as the Cluny venues are though, sometimes it feels like gig scene around here revolves almost exclusively around them, so if for any reason they weren’t there, I cant help but worry about how much our area’s live music scene would suffer. So with that being the case, it’s been nice to see Gateshead Town Hall emerging as an unexpectedly good place to see bands, with Battles’ brilliant gig there last month firmly cementing its place as an important venue.

Aside from all these, we’ve also been lucky enough to enjoy wonderful gigs from Mountain Goats, Slow Club, Josh T. Pearson and Sufjan Stevens. With the likes of Explosions in the Sky and Errors already in the schedules for next year, I’m hopeful for another year as good as this.

Gone but not forgotten...

While Minotaurs’ status is tantalisingly unsure, 2011 has seen Cult Image sadly announce their split, and we’ve also lost Get Involved who bowed out the same night as Dananananaykroyd after a few phenomenal years of gig promotion. At least Waiting For Winter’s departure from the scene seems to be temporary rather than permanent.

So apart from all these bands I’ve eulogised already, if there’s any justice in the world then 2012 will see people like The Lake Poets, Ajimal, O’Messy Life and Brilliant Mind build on the profiles they’ve already built up. Add to that artists who are just starting to emerge, like Natasha Haws, Nately’s Whore’s Kid Sister and Weird Shapes (Teessiders, as it happens, but brilliant nonetheless), and you’ve got a strong case to argue that the scene in Newcastle and its environs is healthier than it has been for years. Here’s to 2012.