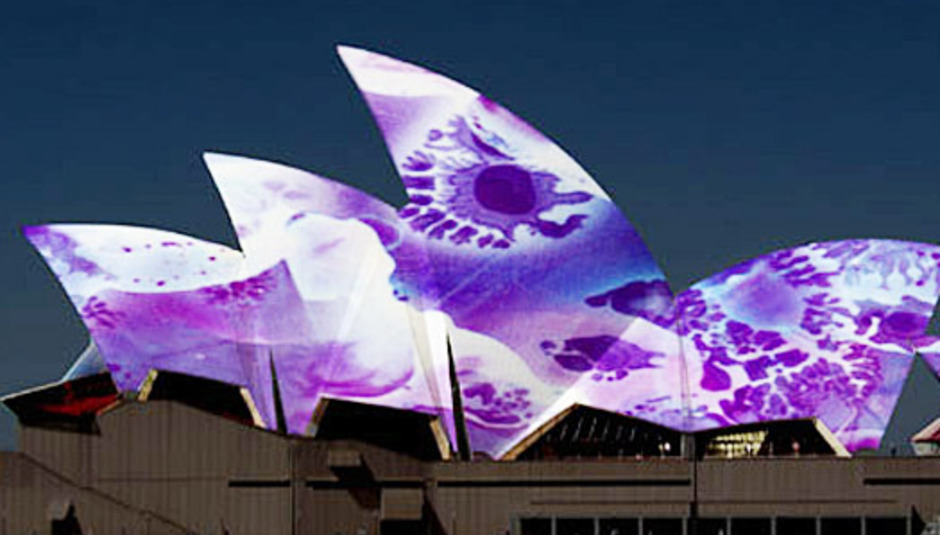 January in Britain. Short days, no money, cold nights, and it's inevitably when the hyper-advanced combination boiler packs in, leaving you with no heating for a week while the engineer waits for an unspecified 'part'. January sucks.

Not in Australia, it doesn't. Imagine, if you will, your summer holidays from school - weeks of fuck all to do in the sunshine. Now, stick Christmas smack bang in the middle of it and the equivalent of Independence Day at the end. Add 40-degree heat and cold beers: yes, you've basically got the uber-holiday to end all holidays. Australia's economy virtually shuts down the four weeks between Christmas and Australia Day, and it's just one big party (natural disasters like cyclones, floods or bushfires notwithstanding, of course).

This generally means that there's some damn fine entertainment around Australia during January. One of the focal points for New South Wales in January is the Sydney Festival (yes, i know I've being Sydney-centric in these columns so far, but I live here and it's a big country. Don't worry, Melbourne/Adelaide/Perth et al - I'll deal with you soon enough). The Sydney Festival runs from January 7th to January 29th, and encompasses theatre, dance, film and music. One of the most impressive aspects is the spectacular opening night, which sees rooftops, pavements, gardens, stores and parks in central Sydney transformed into performance spaces. It's really something to behold.

The first night isn't the last night worth bothering with, though: far from it. Here's my pick of the musical offerings on tap in January 2012.

The musical centrepiece of the festival, PJ Harvey brings her magnum opus Let England Shake - without a doubt the album of the year - to Australia and the country's premier venue, the Sydney Opera House. Sadly, tickets to both nights sold out in the blink of an eye, so you'll need to resort to eBay or scalpers in order to get in.

Where do you start with Mike Patton? To that end, where do you middle or finish with the man? He's a regular at the Sydney Festival, but is peddling something other than his usual experimental noise. This time, Patton's brought a 25-piece ensemble to cover Italian pop songs of the Fifites and Sixties. Yes, really. It's fricking bonkers, but judging by the Youtube clips, it's incredible too. Lookee.

Isn't that fantastic? Mondo Cane play the State Theatre, but if you don't fancy the $70-plus entry fee, they're also playing a free gig in the Domain a couple of days before. See you there.

Taking place at The Domain, January 14th and the State Theatre, January 16th and 17th.

Another singer-songwriter that I've admired (ok, stalked) over the last two decades, this is Beth Orton's first trip to Australia since 2006. Promising 'an intimate show that will feature material from all her classic recordings as well as a special sneak preview of songs from her upcoming album', Orton may not be reaching as high as the Opera House, but is in the equally impressive surroundings of the City Recital Hall. Sadly, it's another show you'll need to beg, borrow or steal a ticket to, as it's also sold out.

Next up, we've got a novel reimagining of Mike Oldfield's Tubular Bells; as the name suggests, it's performed by two 'ambitious' musicians, Daniel Holdsworth and Nathan Roberts. Ambitious sounds about right, as apparently over 20 instruments - and some acrobatics - are involved. Here's a snippet of the opening theme played by the duo:

Alright, so it's not exactly a musical performance, but it's Adam! From Adam and Joe! Talking about music videos!!! (Yes, I needed every single one of those exclamation marks). Buxton's brought his Edinburgh Festival and British Film Festival show down under to dissect the fine art of the music video. I, for one, can't wait.

For more information on the Sydney Festival and tickets to all events, visit www.sydneyfestival.org.au