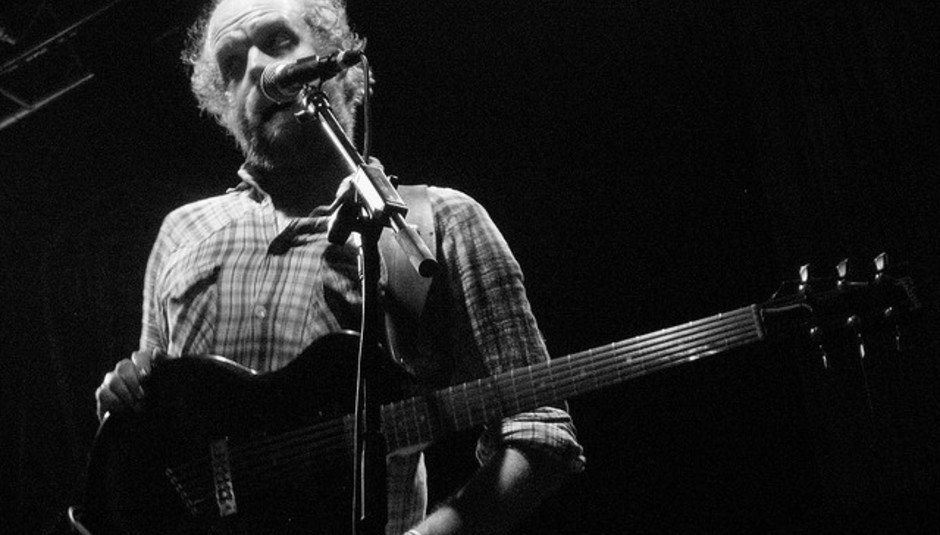 So, there isn't a great amount of Bonnie 'Prince' Billy on Spotify but this one track is one of the few. It is also one of the greatest, taken from a Guilty Pleasures-type compilation. Sometimes these are THE WORST. Not this time, though. The great bearded one released Wolfroy Goes To Town a little while ago, but our review went up this week.

EPs are often tough things to get right. Nobody simply wants them to be stop-gaps between records, but they sometimes are. Anyway, Wise Blood appears to have got it right, with Billy Hamilton writing:"Laufman proves he's blessed with enough duality and brilliance to appeal to even the most toughened ear canals". Read the full review.

The Men's new record, Leave Home, was described by Noel Gardner as blowing hot and cold, but he did say that "the gold parts of Leave Home are noiserock in excelsis." Which is surely enough to warrant investigation. You can investigate with words here and musically by listening to this particular track. Or indeed the whole album.

This week we've had a little bit of a Memphis Industries (good record label, that) takeover, with a few bits running from their bands. They're celebrating their 13th birthday, you see, and we thought we'd help out. Have a peek at what they produced by clicking here. Of course, there's a tour diary from this lot, Dutch Uncles.

Now, at the very, very back end of last week (like Saturday) we had the Dreamtrak Diamond Sound remix of this very track. That was a prelude to the Planet Gear series, which has been introduced with Icelandic instrumentalists Apparat Organ Quartet doing the business. Read Part I here and Part II here.

I think Ane Brun finally produced the album she was capable of making all along with It All Starts With One. Not that the previous records weren't great, they were, mostly. It's just that, this time, she got it dead right. You can see some wonderful snaps of the lady herself when she played London's Scala quite recently. Clicky.

Another chunk of welcome news from the SBTRKT camp is that there's a February tour lined up for next year. It's a headline tour this time, too so have a read of our story to see the full dates and places. It includes a big ol' show down in London town.

Jessie Ware was, funnily enough, quite a prominent feature on the SBTRKT album but the reason she's in this playlist is all her own doing. Well, kind of anyway, in so much that Wendy Roby wrote about it in This Week's Singles. She wants to put a bomb up its arse, apparently.

Matthew Herbert's One Pig record has created much intrigue this year. Matthew Herbert does this generally, though, such is the man. We had a remix of this track to give away, done by none other than Micachu. Get your hands on it here.

Click here to listen to this week's Spotify playlist and here to browse through our archive of them.