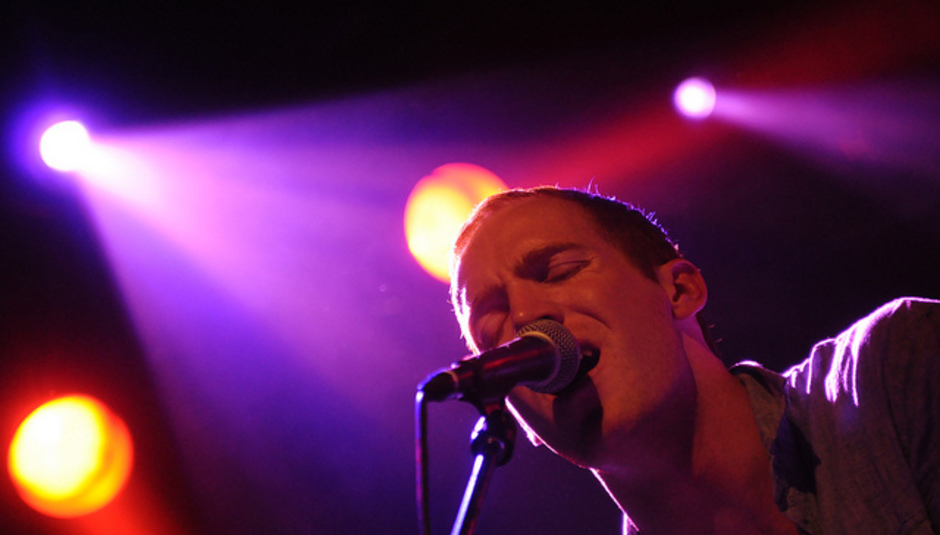 This week's Spotifriday playlist, featuring lots of stuff from the year 2000, including At The Drive-in, Coldplay, Outkast, Deftones and Eels. Click here to listen to it.

This week we've been getting a bit retrospective. It's all because we didn't run an end of year list in the year of our birth, 2000. So, we've gone some way to rectifying this with revisiting some of the finest records of that year (which also turn out to be some of the finest of all time). Read Mike Diver's brilliant reassessment of Relationship of Command here and read an introduction to 11 Years On here.

This is a great song title, mostly because of the images it conjures up, which are plentiful and boundless. The record itself isn't too shabby, either, as John Calvert awarded it a full-on 9/10. Click here to read his review of You Are All I See.

This is a song about finding a dog. I think. It's also the best song on the album Topp Stemning På Local Bar, even better than the track that appeared on FIFA whateveritwas. Honestly. Anyway, Casiokids return with a new album soon and this week they posted the video to 'Det Haster' earlier this week. We posted it also.

Another video we posted was the also-great video for Summer Camp's 'Down', which can be seen here. Their debut album, Welcome To Condale, is released on Monday, and our review of it ran today. Read all about it. Extra, extra. Read all about it.

Another record which we looked at, 11 years on and, obviously, another classic. Michael Brown wrote this about it: "There’s an adjective combo I’ve used before to describe Deftones and it seems appropriate so I’ll use it again here: White Pony is brutally beautiful. It’s an album that will stand the test of time as a reminder that genre boundaries can, and should, be broken and that can sometimes produce the most enduringly brilliant results of all.". Read his full reassessment here.

2000 was really a top, top year for music, wasn't it? I think you can see that in the albums we've be reassessing over the past week. In some ways its ridiculous. Will it ever be topped? Who knows, but Eels produced another superb collection of songs in Daisies of the Galaxy and Dan Lucas offers his thoughts on it here.

Another pick from this month's Drowned in Scotland column. Have a goosey gander for this lot and more.

If you were forced to only listen to one artist for the rest of your life, who would you choose? Tom Waits would probably be top of many people's lists for reasons that are plentiful. Although I definitely do want his new one to be called Bad Ass Me, it's actually Bad As Me and happens to be rather good. Read our review of it here.

To be entirely honest, I don't think Outkast will ever top this song. I mean, it's just not possible is it? Will they ever top Stankonia? Will they ever even make another proper album? Eh, probably not, but in the meantime we can revel in the flat-out stupendous nature of that album. Stankonia 11yrson.

Funnily enough Coldplay's Parachutes was released in 2000, too. I'm not sure if's going to make our list, though. You can place your bets if you really want, but it was certainly of its time. The 'play returned with a new record this week, a review of which can be read here. Yeah, it's pretty average.

Click here to listen to this week's Spotifriday playlist and here to browse through our archive of such.