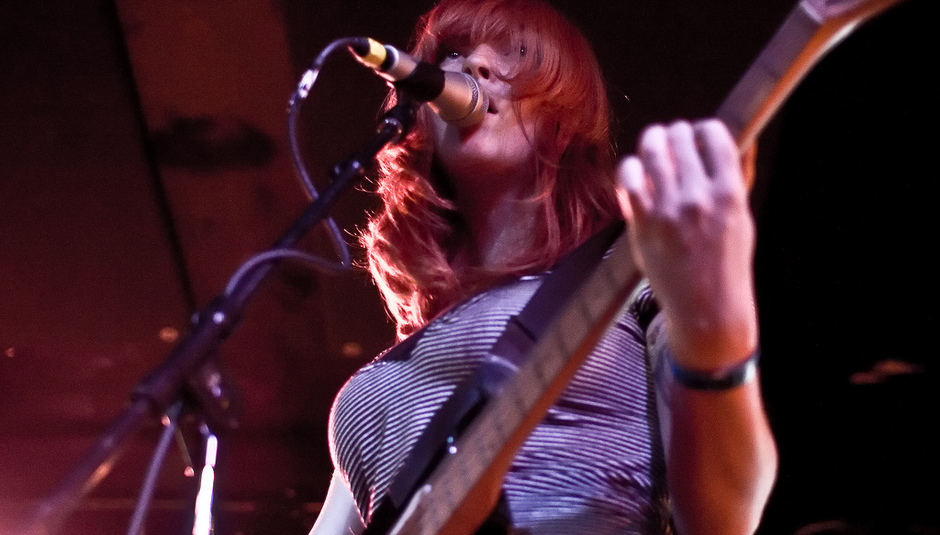 This week's Spotifriday playlist featuring tracks from Vivian Girls, DOOM, Ringo Deathstarr, Mogwai, Ane Brun and then some. Click here to listen to it.

Now, let it be said that this obviously isn't one of Vivian Girls' strongest single songs to date. It might be, however, one of their strongest videos, which was aired earlier this week. It's a bit silly. Very silly in fact. But fun.

I honestly can't fathom why this has been included in this week's playlist, given the band's new record scored a meagre 5/10. But sometimes you need to be subjected to nonsense and bullshit to appreciate the better things in life. Perhaps this is one such occasion.

Discotron may be the worst name for a track, ever. There are many contenders, mind you. Anyway, we failed to find a remotely recent track from Alex Metric, so had to use this old classic. If you can call it a classic. Mr Metric had a new compilation of remixes reviewed by us this week. It was quite good.

Another record which got a "quite good" write-up was Ringo Deathstarr's Sparkler, which we reviewed here. Dom Gourlay said: "Sparkler sets the stall out by laying Ringo Deathstarr's cards on the table face side up. Of course the real test of time and progress will come when their second album - already well underway - hits the stores early next year. Until then, you could do far worse than invest in this vinyl-only slab of ethereal wisdom."

5. Sebadoh - 'Punching Myself In The Face Repeatedly, Publicly'

People always bang on about something making them want to punch themselves in the face. It's a bullshit empty phrase, though. For all the self-harm and self-injuries that people have undertaken, I have never, once, seen anyone punch themselves in the face. Repeatedly. Or in public. What a silly thing. Anyway, Sebadoh were announced as one of several bands added to the new ATP line-up.

The sample which appears in this track has been used. Not a little. But a lot. Still, it makes for one of the best tracks on the entire record, of that there is no doubting. A DOOM UK tour was announced earlier this week, including a show in...Hatfield. Yes, Hatfield.

Of course it had to be this track, Leslie. Dear Leslie, you are great. She finally announced the release of her new record after all those bollocks trailers. Seriously, I do not want to be teased by your album. Just get on with it next time.

Laura Marling seems to change something about herself on every new album she releases, whilst still retaining the same essence. This is something to be applauded, as is her general output, which continues to be brilliant. There's a new album on the way, and a new track, which you can hear here.

Wendy Roby liked this. Made it the Single Of The Week. She said: "Ane Brun’s marvellously baroque ‘The Puzzle’ was what brought her to my attention a few years ago; it is a lush, orchestral thing you need to get your ears on - especially if frailty is one of your favoured qualities in music. Here, on ‘Do You Remember’, she is no less atmospheric, but decidedly more muscular - beginning with some tripled-up, vaguely South African drums that at first appear sloppily syncopated, but which never get left behind. What makes it rare, what makes it special, is – as with so many things - the contrast. So while our visceral framework plays out, in the middle distance you can hear First Aid Kit not sounding like First Aid Kit at all, woman-wailing."

To round this off we have Mogwai with 'Hunted Like A Freak', which they told us was about Jill Dando when we saw them at Norway's Slottsfjell festival a couple of weeks ago. I have to admit it was quite an experience and, although I didn't end up crying, I did come quite close to it...honestly.