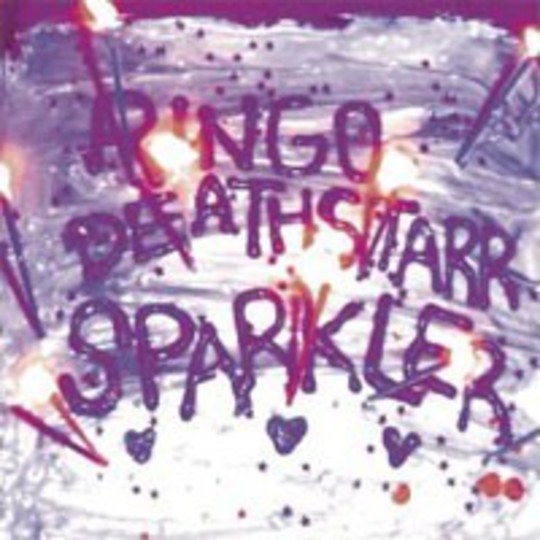 If you're going to call your band Ringo Deathstarr it's almost inevitable you'll a) be accused of musical blasphemy by diehard Beatles fans and b) be assumed to be a thrash metal band. Before going any further, we'd like to point out that this Austin-based trio have no allusions of Beatlemania in any shape or form about them or any inclination whatsoever to follow the path of Satan into similar territories as Mortiis et al. Instead you're more likely to find Ringo Deathstarr praying holy worship at the altar of Kevin Shields.

Having initially formed as far back as 2005, it's taken Ringo Deathstarr a while to attain some degree of critical acclaim, both Stateside and over here. Indeed Sparkler first saw the light of day back in 2009, its initial aim being to showcase the band's earliest recordings by compiling a selection of singles and demos from their formative years. Their real breakthrough came at the tail end of that year, when their storming performance as part of the Reverence festival at London's ICA had everyone including DiS and prospective future label Club AC30 in a right old lather.

Since then, they've toured relentlessly and released their first proper long player at the start of this year, Colour Trip, which received its fair share of praise and constructive criticism along the way. While there's no denying that Ringo Deathstarr purvey the classic shoegaze sound better than most of their contemporaries, there's still a nagging doubt that they've yet to discover their own true identity as a band. Reference points stand out as obviously as a hovercraft on a high street, and if it weren't for the fact Ringo Deathstarr also possess an uncanny knack for conjuring up delightfully orchestrated tunes, we'd be calling in the plagiarism police immediately.

However, despite the homages (as we'll call them), Sparkler is a more than worthwhile introduction to the band's labours, and an incisive precursor to Colour Trip's more bludgeoning sentiment. 'Swirly' is a distortion heavy blast of JAMC-style noise pop, while 'Starrsha' borrows the melody from My Bloody Valentine's 'Sunny Sundae Smile' and somehow manages to put it to equally good use over its short sharp two-and-a-half-minute shock. 'Sweet Girl', meanwhile, bears an uncanny resemblance to No Age's more recent Everything In Between meanderings, despite pre-dating it by a good 12 months or so, which suggests the mutual love-in isn't just confined to bands of yesteryear, while the swirling guitars and processed beats of 'Rats Live On No Evil Star' hark back to Shields and co's dalliance with Andrew Wetherall and dance music circa 'Soon'.

When Ringo Deathstarr do come into their own, such as on the closing 'Your Town' there's a genuine feeling they could enter the realms of ambient diversity currently occupied by the likes of Beach House and M83. Bass player Alex Gehring's delicate coo offering a more refined approach to co-conspirator Elliott Frazier's dulcet tones.

While not exactly an indication of what the future holds, Sparkler sets the stall out by laying Ringo Deathstarr's cards on the table face sides up. Of course the real test of time and progress will come when their second album - already well underway - hits the stores early next year. Until then, you could do far worse than invest in this vinyl-only slab of ethereal wisdom.