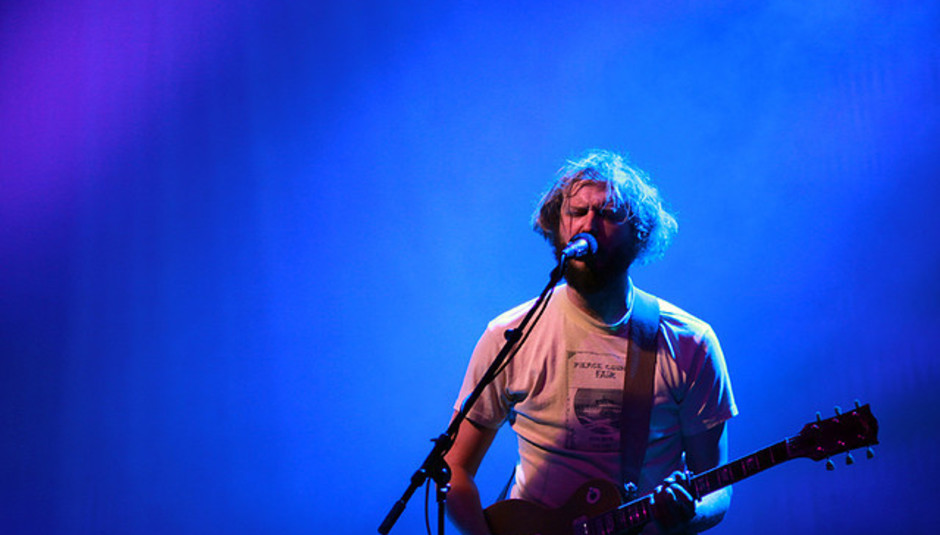 This week's Spotifriday playlist featuring some songs by the likes of Brian Eno (not really a song...), Future Islands, Bon Iver, Patrick Wolf, Art Brut and Mclusky. And a few more, of course. Click here to give it a whirl.

We're already onto our seventh edition of the Drowned in Manchester column, which was penned by our man in the North West, Simon Jay Catling. Read it here. Featuring in it are many great artists, but Cyril Snear is a great performance name, and they also create great music, so that is why we chose them.

Eno creates great music, too, doesn't he? He releases his new record, Drum Between The Bells, very soon indeed and you can also hear a couple of tracks from that record here.

3. The Icarus Line - 'Last Night All My Teeth Fell Out'

The last Icarus Line record came out in 2007 but we welcome every new one with equally open arms. It's taken them a little while to get their shit together, but they've finally announced the release of Wildlife, which comes out on August 29. Welcome news.

Future Islands should have more acclaim than they currently do. What can we do about it? Not a great deal, other than keep banging on about them. Anyway, there's a new track of theirs available to download this week. Go here to listen to it.

The new Bon Iver tracks are not on Spotify, so we cannot furnish you with one, but this is the opener to the debut album, anyway. The new, self-titled, record was reviewed this week and there was also a video for 'Calgary'. Weird video, that.

Sons and Daughters also had their album reviewed. It's called Mirror Mirror, which surely must be the most commonly named album of all time. I think there's even a band with that name. Please, stop using the phrase, musicians. Read it here.

Thomas Tantrum is not just one person called Thomas, contrary to what the name suggests. It's actually a proper band and everything. Their new album got 8/10.

Patrick Wolf. He returns again with ANOTHER new record, he's becoming quite prolific. But how does it stand up? Well, it's probably not his best work, but it is quite good, so says Krystina Nellis.

Chad VanGaalen's album was reviewed last week, I think. But you can now stream it here, even though it has a terrible name. You can also buy it, properly, as it's now available to purchase and has been released.

There are few things which rival an Art Brut live show, especially with a sweaty Eddie Argos, something which certainly seemed to be the case when they played the Lexington the other day.

Now, how do you pronounce this? "Subtract", I'd imagine. Still, leaving vwls t f wrds cn ld to prblms n cmprhnsn nd prnnctn. Drowned in Bristol #5 was another edition of our regional columns this week and it featured our man SBTRKT.

Click here to listen to this week's Spotifriday playlist and here to browse through ALL of our Spotify playlist. Hundreds of them, innit.