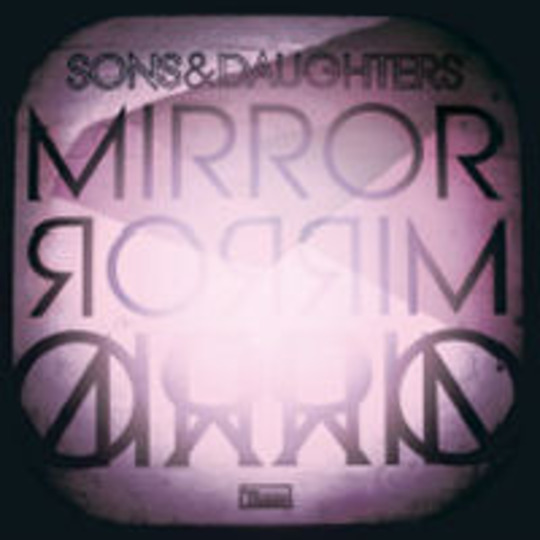 If Sons and Daughters' third record, This Gift, hardly reaped the sales rewards of its more polished sound, then certainly its reining in of idiosyncrasies and shinier production (courtesy of Bernard Butler) is all the ammunition that the indier-than-thou brigade needed. Never mind that it was potentially the band's most consistently catchy album to date; it seems that Sons and Daughters themselves weren't altogether pleased with it. Mirror Mirror sees them turn to their earlier work for inspiration as well as incorporating some electronic augmentation, which is in part the influence of producer Keith McIvor, aka JD Twitch of Glasgow DJs Optimo.

Guitarist/vocalist Scott Paterson has pointed out that the band's previous releases were better when they were more minimal. This approach and the new use of synths dovetails nicely on spooky opener 'Silver Spell'. With only a sparse kick drum and handclaps for a rhythm section, Adele Bethel and Paterson's slightly off-key harmonies becoming enshrouded in layers of electronic mist, one an eerie whistle and the other an ominous buzz. It's a million miles way from the opening tracks of any of their albums to date, although the repetition of the album title recalls similar wordplay on 'Medicine' from The Repulsion Box. The minimal approach is more than just a reversion to the raw monochromatic textures and sounds of their first two records. Rarely do guitars fill out the foreground with a trebly or distorted rush as before, as evidenced on 'The Model' where metallic guitars chime around the periphery whilst lead guitar occasionally entangles itself in the solid and economic rhythm section. In comparison with the almost pagan portent of the opener, lyrically 'The Model' is more familiar territory with the noir-ish tale of suicide, particularly the incessant questioning “Do you think she's happy, really really happy?”.

They return to this theme later on the return on 'Axed Actor' which concerns the Black Dahlia murders; Bethel revels in the morbidity of it all at one point even chanting “Wo-oh-ah-oh goodbye” in the manner of football fans taunting their opponents impending relegation. The same song also provides one of a number of moments of welcome rhythmic variation, given that a problem with every S&D album to date has been the almost relentlessly pound of David Gow's drums. The busy shuffle of 'Axed Actor' is nicely complimented by Keith McIvor's production touches, specifically the heavy reverb applied to a snare hit here or there which suddenly thrusts it into the distance along with Paterson's wailing backing vocals. If 'Rose Red' and 'Breaking Fun' aren't exactly revelations the spiky arpeggios and bass driven urgency of the former and the fluid grooves and catchy garage rock choruses of the latter are at least proof of the undeniable chemistry of S&D as a unit.

On 'Ink Free' almost every aspect of the core S&D is thrillingly augmented or replaced by a new presence; Lennon's bass walks it way around the pulse of a vintage synth which becomes a chugging juggernaut, Gow's hi-hat and crisp snare hits are embellished by the rhythmic tapping of typewriter keys, whilst when Paterson and Bethel sing the song title they find themselves interrupted by the seething hiss of white noise.

Working with the comfort of a smaller name producer seems to suits S&D. Keith McIvor's musical background doesn't tamper with the S&D sound and the atmosphere engendered by his production betrays an understanding of the noir-ish inspirations behind the songs, allowing a group with a potentially limited musical palette to do more with less. Nowhere is this truer than on the eerily beautiful closing track 'The Beach', which promises to be the album highlight before it ends so prematurely, fading into the sound of falling rain. Only this and the unfocussed mid-section of 'Don't Look Now' disappoint. Ultimately, depending upon how you felt about their last record Mirror Mirror is either a return to, or continuation of, form.