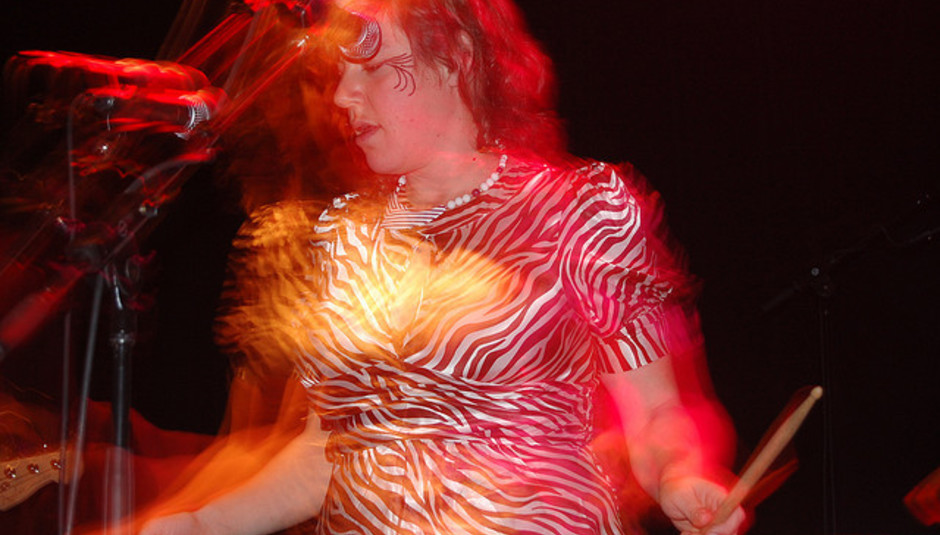 Spotifriday #87 - This week on DiS as a playlist ft. EMA, Bon Iver, Metronomy

Spotifriday #87 - This week on DiS as a playlist ft. EMA, Bon Iver, Metronomy

This week's Spoti-Good-Friday playlist featuring EMA, They Might Be Giants, Metronomy, 2562, Magnetic Man, Bon Iver and a few more for good measure. Click here to listen to it. Have a good easter, folks.

So, I can't remember the last time we properly did a DiScover feature, but it returned this week with EMA, who has a video for her track 'California' as well as a cover of a Danzig song, which can be no bad thing at all. Read all about it yourself, though.

It's curious that this whole song would be in (brackets) but curious is all that it is. Trio Times New Viking return with a new album next week, which is apparently a departure from all that lo-fi stuff which they've done so well over their career. Listen to Dancer Equired here and read our interview with the band here.

Now, I can't be the only person in the world who prefers the video version of this song to the album version. I've not discussed it at great length with anyone but by the law of averages I can't be the only person. The 3 MCs release their new record in the coming weeks and there was some muddle - which now appears to have been sorted - over their new video this week.

It's been a while since Bon Iver released his debut record, to a great deal of critical acclaim, too. There was an EP in between that - from which this track is taken - and the new record, which comes out in June. He's done that thing of releasing a self-titled record after his debut, which was not self-titled. Anyway, here is the low-down on it.

The armchair dancefloor columns are coming in thick and fast, or so it seems. This new edition, penned by Rory Gibb, includes some stuff by 2562, amongst others. Others than include Kami-Sakunobe House Explosion, Rick Wilhite and many more.

I reckon the second record in two years from Merrill Garbus could well be epoch defining. OK, perhaps not QUITE that significant but it should certainly feature high up in those end-of-year lists, because it is quite frankly several shades of wonderful. Read Dom Gourlay's 9/10 review of W H O K I L L here.

Speaking of Dom Gourlay, he also did this review of Cloud Control at Nottingham's Bodega Social Club. Read it here.

Who knew that you could take showers at Coachella? I mean, it makes total sense really, especially given that it gets to something like seven trillion degrees centigrade, but still. Our man in the desert was Mark Muldoon, who saw supergroup of-sorts Magnetic Man and a ton of other acts. Read his review.

Tigers is a fairly naff name for a song, don't you think? The song itself isn't so naff, though. Fyfe Dangerfield has been pretty busy this week. We interviewed him and we also reviewed Guillemots' new record from which this is taken.

Did Former Ghosts take their name from Songs: Ohia's 'Cabwaylingo'? If anyone knows, do get back to us. That band (FG, not S:O) were included in the sixth edition of Drowned in Manchester, written by Matthew Britton. That was because they were mentioned.

Awww, The English Riviera is a super, super record and 'The Look' was crowned Single of the Week with Wendy Roby describing it as a "a pristine pop song; there are the muted organs of a pier ballroom one minute and neat falsettos the next and it is as if Joseph Mount had a tiny fairground in the palm of his hand. And he decides when it will stop, and when it will go, and if your particular waltzer car deserves another exhilarating push."

This song is about lights, basically. TMBG were added to Latitude around this time last week. Yes, it was last week. Not THIS week but. Read about that.

Click here to listen to this week's Spotifriday playlist and here to browse through our Spotify playlist archives.

DiS in the Desert: Coachella Festival...