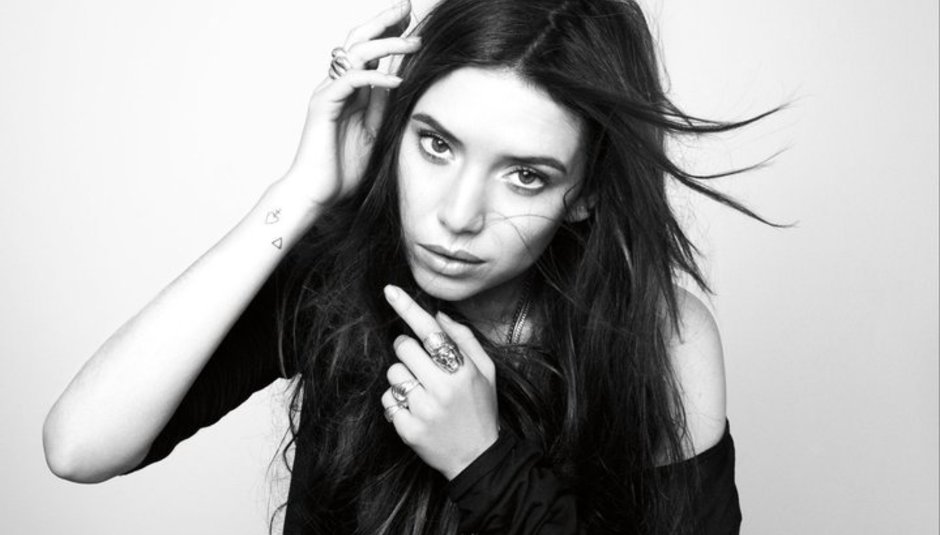 Edition #67 in our weekly round-up of content, morphed into the form of a playlist. Click here to give it a spin, with tracks from The Strokes, Lykke Li, Robyn, LCD Soundsystem, Das Racist, Surfer Blood and more.

What better way to kick off this week's Spotifriday playlist during our New York Week than with perhaps the track that made everyone sit up and take notice of the lank-haired lot called The Strokes. Arguably there are better single slices of juicy goodness from this era, but for significance little comes close to this, no? Read more from our New York Week here.

There is something about Surfer Blood which warrants a general ambivalence. Not for Wendy Roby, though. She said this about 'Floating Vibes': "Boy oh Boy I love ‘Floating Vibes’, even if its title is abominable and even though there is a line about how you will have to learn to surf if you want to go and visit Surfer Blood in California and even though I am pretty sure they would have got nothing in special for your arrival; take a sleeping bag, surfers are lazy hosts". Singles here.

Warpaint have been one of those bands in recent times. This usually means that, perhaps, they are actually very good and all this talk is perfectly justified. Or it could be that they are merely quite good and maybe we should just wait and see how their recording and live careers progress. That sounds terribly non-committal, and it is. Read Andrzej's review instead.

The level of talk around Caribou's Swim has been similarly scaled, maybe even larger. The remix record came out earlier this week and Will Grant said that: "If nothing else, then this set of remixes is an eye-opener to just how far reaching Swim has become – whether it be with the eyes and the ears of a new legion of fans, or starlet audiophiles happy to grab a piece of Snaith limelight."

It's good to see that New Zealand is still punching above its weight when it comes to guitar-based music. And making Tolkien films, obviously. We may now have all realised that The Datsuns and The D4 were not in fact the greatest thing to happen to rock 'n' roll for decades, but were at best good fun and at worst quite shit. These guys on the other hand...read our review here.

All this talk of chicken burgers, hamburgers and cheeseburgers is making me really hungry. Breakfast has not even been served yet. Anyway Shut Up, Dude/Sit Down, Man was reviewed by us. Read it here. It made its way onto our recommended records. This track has a lyric which mentions Jeff Mangum, for your information.

When this particular track surfaced, I'm sure there were a lot of people who thought it was complete turd. I hope you have now changed your opinion of 'The Sun Smells Too Loud', because it's actually a nice little diversion. Hopefully there'll be more diversions on Mogwai's new record, which was announced this week and comes out next year.

Ms Li has that thing in her voice which suggests she's about to keel over at any second. This definitely isn't the case, though. She unleashed a couple of new tracks onto the world this week, one a bit of a bouncer, the other a bit more laid-back and contemplative. You can find out more about those here.

This song title also happens to be the slogan plastered across many a Robyn tote bag in the Scandinavian countries. Maybe even here, but I've yet to see it. You do start off so worried for Robyn here with her opening proclamations, but then you soon get over it. View some photos of her performance at Shepherd's Bush Empire here.

Whilst we are celebrating our 10th anniversary this year and this month, Ninja Tune are celebrating their 20th, which is pretty neat indeed. They've done well, especially releasing records like London Zoo by The Bug and countless others. More from Ninja Tune.

11. LCD Soundsystem - 'Daft Punk Is Playing At My House'

And another SEMINAL New York track which to be the other bookend of this playlist. Anyone else get slightly agitated by the use of "is" over "are", I know he's American and it's acceptable and not wrong in any way, but it's sometimes best to change the lyrics to what you think it should be. It's more/less fun that way.

Click here to listen to this week's Spotifriday playlist and here to browse through the archives.