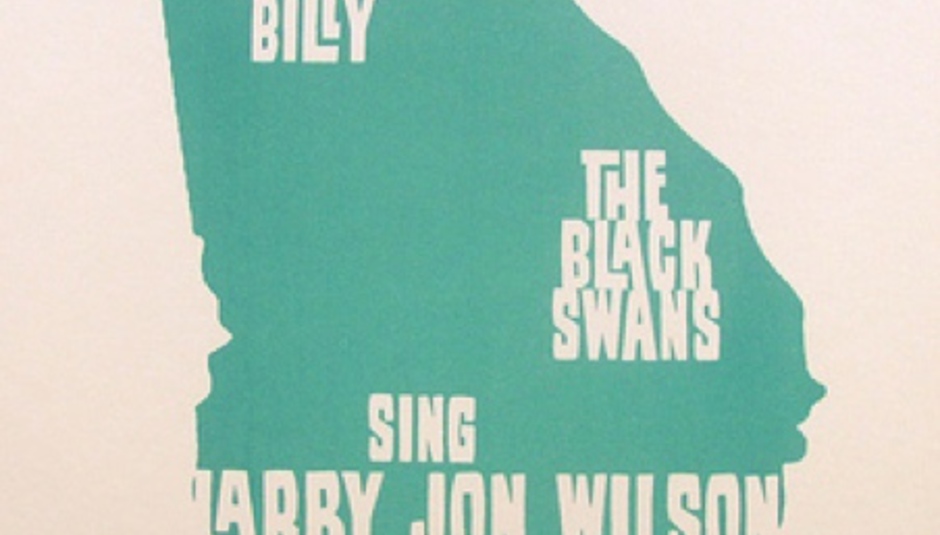 Family Of The Year - ‘Summer Girl’ from 'Summer Girl' EP (CRC)
Get it for NO PENCE here, unless you are SOME SORT OF FOOL. Even though in many respects 'Summer Girl' is a cliché wrapped up in a formula with a load of old blueprint splodged down upon it with no thought for the calories, there are times when these things do not matter. By the time it was sent to me, I had already made up my mind who was going to be here at the top of the page, so its arrival didn't half mess with my system and I was a bit miffed to be honest; another fine thing you want me to listen to. But then of course I did listen, and ‘Summer Girl’ – literally and honestly within about 20 seconds – had shimmied itself into my top five singles of the WHOLE YEAR. It is so perfect I could scream.

I mean, you, me - we can say what we like about clichés in music and music writing; how terms like ‘Beach Boys harmonies’ are meaningless, and how songs which ponder the availability of perfect girls who sit by beach campfires with their damnably touchable golden skin are essentially a bit pointless or boring. But if you ever hear anyone saying such a thing - or find yourself thinking it - just put this on and rejoice for the left-behinders and the re-treaders and the trads. Family of the Year SMASH their chosen sound, right, they make it ageless. Or at the very least, make me not care about what year it is occurring in. See, 'Summer Girl' is almost too beautiful, too much. But as regular readers will know, I do not believe in Too; it is where, for better or worse, I have made my home, even if the mortgage is crippling. COME WITH ME TO TOO OR I WILL GET ANNOYED.

In this week’s flashiest and most tokenistic slot is Drake, who made an album at the beginning of the year that we were told was A Cut Above before it had even had time to take its coat off. All irritating hype aside, ‘Fancy’ is wicked because it is about women who make an effort, and who spend absolutely ages peacocking themselves - not because they are silly or vain but because they want to look glamorous and darling. And also because - guess what, no-really-Wendy-guess-what - getting all dolled up is FUN. Such women happen to be my favourite, I find indie’s insistence on actively not bothering (and the active part is absolutely crucial here) so supremely irritating, I want to clean all the trainers that have been scuffed on bloody purpose and throw people into outfits that look like they are from the dressing-up box, just so I can demonstrate that it is not a faff at all, it is JOYFUL, an appreciation of design is a wonderful everyday life-enhancer.

As for the single, I think it is the chorus that does it – especially the ‘So you fancy, huh?’ glee from Swizz so-called Beats-with-a-Zed. Because you can tell Swizz is giddying himself up about something I have seen many, many times; the way a person’s face can light up when the object of their affection skips down the steps in something vaguely ridiculous but essentially very, very larksome and they look like a slightly wonky and unperfect, British version of Bardot or Loren – jello on springs, somebody once said - and somehow this flimsy trick allows you to see what life can be like if you try a different coat (or life) on for size. Apparently ‘Fancy’ is also about appreciating women who are financially independent, but to be honest that side of it is WELL TEDIOUS.

Boy oh Boy I love ‘Floating Vibes’, even if its title is abominable and even though there is a line about how you will have to learn to surf if you want to go and visit Surfer Blood in California and even though I am pretty sure they would have got nothing in special for your arrival; take a sleeping bag, surfers are lazy hosts. For it to have overcome my very, VERY deep-seated aversion to anything involving waves, straggly blonde hair, wetsuits, jumped-up bits of Styrofoam, terrible daggy clothing brands and HERMAN ACKFING HESSE new age CLAPTRAP is therefore quite some feat. In fact, ‘Boating Jives’ - as I have re-titled it in my iTunes to make myself feel better - would have been Single of the Week, had Family Of The Year not come swaggering along the shore, swinging a dead president mask in their hand and challenging The Bloods to an extraordinarily homoerotic fight in the surf. Oh look, everybody, Keanu Reeves tight t-shirt has gone all wet. And you feign surprise that it was directed by a woman? OH, DO COME ON.

If like me you have never bothered to listen to a Crystal Stilts’ album (even though you really, really like their singles), ‘Shake The Shackles’ should be the poker prod to make you hand over some cold hard cash. You know, part of me looks at this and goes Oho, Crystal Stilts, I know who you are, we pinned you down like a butterfly at least a year ago; and alright, we might have had the odd sympathy shag but essentially it is over, because I already know your best jokes, have tasted all the things you are best at cooking, seen all your swizziest outfits - the sheen has worn clean off. But then I play it, and then all-a-sudden I am doing a search on my Inbox on the off-chance that there is an email with their phone number or address on it; why did I delete it all in that fit of sensible pique, whywhywhy? I think the point is, even if you have assessed and sized up Crystal Stilts, feel you have your finger on exactly what they are so don't need to bother again - EVEN if you have picked their pants up off the floor and maybe even heard them parp, they are still brilliant, unusually good at this. ‘Shake the Shackles’ is a funny combination of doom and rainbows. Like most things in life. HMN HMN?

Fergus and Geronimo also have a song called ‘Girls With English Accents’ which is slight and amazing and which I really, really, love - and only partly because I so do concur, English Girls are WICKED and everythink we say sounds WELL CLEVER and CLASSY. ‘Never Satisfied’ is more where that came from, it is two minutes and twenty seconds of inordinately slight, chuggalong garage rock that no one has thought or worried over very much. But it is fine, because tomorrow really is another day, and you can write another stupid song then too.

Oh hello, look who is, it is Esser and he is on featuring duties again. Which is kind of weird, cause right before I knew it was him, I was already mentally composing a review which was essentially an uncharitable rant about how one should NOT BOTHER TRYING TO SING LIKE JOE GODDARD IF YOU ARE NOT JOE GODDARD. Not least because Joe Goddard is the best at being Joe Goddard, as well as just being best on a general level. Anyway, then I realised it was Esser and because I like him, I let 'Stay The Same' pass Go, but I didn’t let it have £200 because I’m not a flipping pushover. The Shoes are also this week’s French Entry, and we haven’t had one of those for ages. Good.

The See See remind me a little bit of The Broken Family Band - they are a right load of old Country Joes sitting on bales as the dust motes swirl and the weevils sip homemade alcoholic booze after a hard day’s grain-munching. They don’t have quite the same dark, comedic edge TBFB had, but instead they are leant a fine continental edge; all ess-heavy pronunciation and smoothness - which I assume is because one of them is from Malmoe, what is in Sweden. So. ‘Powers of Ten’ is not modern but it is extraordinarily pleasant - and not in the sniffy way I usually mean ‘pleasant’, neither.

This here is a darling cover of the Nirvanas ‘Drain You’ - but made all nice by using strummier instruments such as ukuleles and such as acoustic guitars and such as banjos and such. Cute, but not kickable.

Mock & Toof have quite - and I suspect deliberately - grotesque artwork of a very ruddy faced man, which I chinny reckon is meant to distract you from the fact that they are massive POP TARTS. Perhaps one day, when they have stopped playing avant garde Guess Who and far out Connect Four and directional Warhammer, they will pull their fingers out and make a supremely good, NO MESSIN, actual pop record. Until then there is the wibble of ‘Norman’s Eyes’ which is still dead, dead good. In which BBP and The Black Swans sing Larry Jon Wilson songs for your listening pleasure. Okay, maybe not pleasure, that is hardly Billy’s thing, he don't like fun much because it gives him indigestion. Still, some peachy artwork, if nothing else. This is some extraordinarily dischordant angular nonsense that I find myself wanting to keep a big flappy ear out for. More here. Basically Erase Errata are playing all the wrong notes, but in the right order. Who said that? I forget.

Baxta is Hervé’s newest signing. I think it is fair to say he has had his way with Love Amongst Ruin, merrily how-do-you-say - skanking?* - his synths all over their single and then tossing it out with no breakfast in the morning. This is deliriously offensive on the ears and exactly the sort of re-swizzle I can get behind, partly because it sounds absolutely nothing like the original.

[*A hateful word, that I hate myself for using.]


The Thermals - ‘Never Listen To Me’ (Kill Rock Stars)

Kill Rock Stars have three – THREE! – very agreeable singles out in ONE week by my reckoning. This one by The Thermals is the third. Well done them.

French Horn Rebellion - ‘This Moment’ (Once Upon A Time)