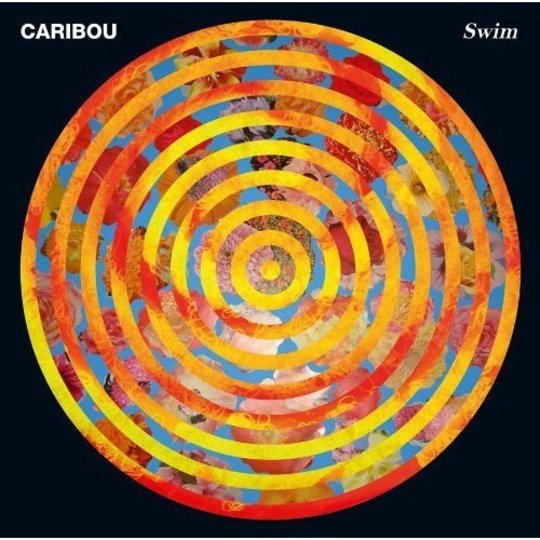 Without spending too much time throwing superlatives the way of Dan Snaith, aka Caribou, and his dance-laden renaissance Swim, what makes this new remix CD intriguing is the essentially modern calibre of those taking a look at, arguably, his finest work. The commercial logic for the CD being only available lumped in with an (albeit worthy) repackaging of the album is somewhat tedious, but the names on board make for a mouth-watering supplement.

Of course, all of them have to deal with Snaith’s obligatory heavy layering of tracks – a trait that has led to his own unique sound and which has provided a constant through the diversity on offer within his canon. But many of the names on this collection seemed to have stripped the sound of some of the finer efforts on the album to their bare minimum, immersing the original song’s staples into their own electronic hues, which leaves a mixed bag of results.

Taking Altrice’s version of 'Sun' as one of the finest examples on offer here – a track thriving on the emphatic, sub-based resonance of the lead bass melody, he twists it through logistical spectrums and sprinkles it with subtle, downtempo breaks – it is a perfect display of the melodic power of the original working in tandem with an entirely new template of beats. James Holden’s rework of 'Bowls' is another one of the few to work off the pure, sonic dexterity of the original, taking each element of its organic sounds and delicately placing them into his own tapestry of washing synthesisers and four-to-the-floor punches. Similarly, Motor City Drum Ensemble’s take on 'Leave House' incorporates the lonesome sounding horns of the original into a similarly pulsating groove, leaving the bubbles of reproduced throbbing bass and echoing vocals to play within a purified template.

Praising such examples may seem rather harsh to some of the more daring turns on offer here, but it is important to emphasise how the loyalty to Snaith’s own intricacies seem to benefit the stronger efforts. Vocals, especially, seem a trap for a few of the offerings – Gold Panda’s twisted 8-bit take on the ever-romantic 'Jamelia' seems sullied by Luke Lalonde’s aching tones. DJ Koze makes an admirable attempt to alter that same vocal into some sort of vintage, early morning serenade, drenching it in sweet stabs of soft jazz guitars and swinging kick drums before capitulating into a mesh of squelching sounds and abstract accapella.

Not all are defeatist in their attitudes towards what they have been given – Ikonika seems free of worry with her fidgety take on 'Leave House', managing to retain the haunting nature of the vocals despite an overbearing injection simplistic bass grooves, whilst Fuck Buttons allow Kaili’s vocal to ride over their ever-building and breaking waves of heavy snap drums. 'Odessa' – probably the most out and out pop tune on the album – doesn’t wrangle with those same difficulties, with both Nite Jewel and Junior Boys turning in fine, if unspectacular, efforts. The former stands out brighter, twinning Snaith’s vocal with a beautiful female harmony, whilst the latter departs almost completely from the original, leaving the whole premise gasping for air. Luckily by Walls’ eerily atmospheric version of 'Kaili', everything certainly seems to have caught up with itself, proving itself an apt ending to a fun, if slightly confused, electronic saga.

If nothing else, then this set of remixes is an eye-opener to just how far reaching Swim has become – whether it be with the eyes and the ears of a new legion of fans, or starlet audiophiles happy to grab a piece of Snaith limelight. But when packaged up with the original entity, it more than anything affirms the vitality of the original tracks. Snaith has shown a loyalty to those around him by offering his works on a new plate, and it is, in the most part, looked at through a respectful lens.