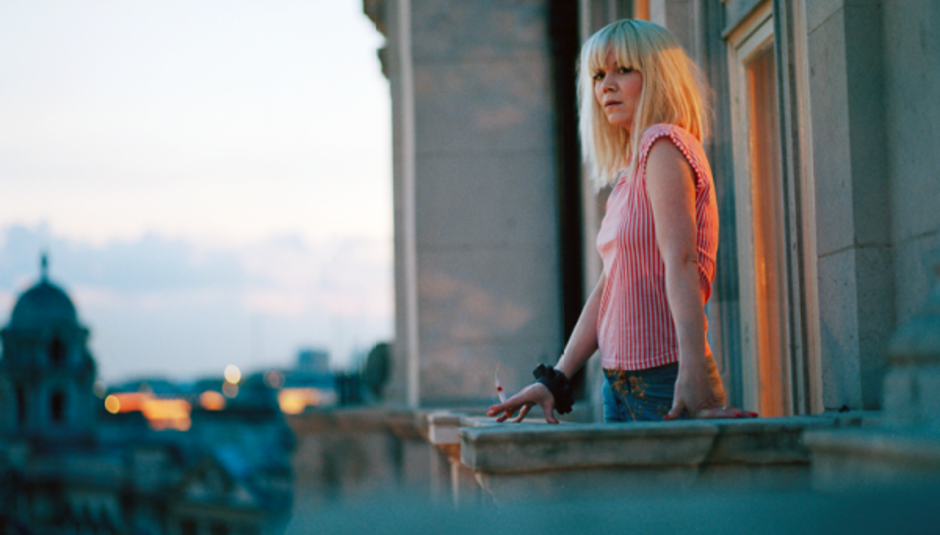 When you’re celebrating the life of anything, a website such as Drowned in Sound, a loved one, a band, the first thing that always resonates after the initial huff at the candles is the realisation that ultimately, nothing’s changed… it’s ups as well as downs. That’s natural. There’s (hopefully) always something to look forward and that’s what keeps you going.

Whilst a certain number of bands from Sweden have always had an international presence, and always will, by 2004 most of the big acts from Sweden were off or leaving the major label structure. The Wannadies had the year prior released their last album Before and After on an indie, The Cardigans were sitting between Long Gone Before Dawn and Super Extra Gravity and The Hives were at Tyrannosaurus Hives. In each case the bands had moved onto majors and ultimately, started a downward spiral in that classic major label insistence for massive hits when bands seek to move away from the paths they’ve already trodden (except The Hives).

There were some acts coming into fruition though, Jens Lekman put out his first full-length When I Said I Wanted To Be Your Dog and an enthralled EMI were releasing the international debut of an eight piece band, The Concretes. In 2004 The Concretes were the only band from Sweden creating ‘a hype’, and it was a massive one.

Led by the chanteuse vocals of Victoria Bergsman, the upbeat, ramshackle pop bluster of their self-titled debut and singles such as ‘Can’t Hurry Love’ and ‘Say Something New’ were scatter-gunned across the world on adverts and films, giving the band the opportunity to tour extensively. Cut to six years down the line and The Concretes are readying their new album, WYWH but things have changed, a lot. Bergsman left mid-way during the promotion of the band’s second album In Colour and shortly after her so did EMI. This wasn’t helped by the fact that the second album was a more refined, less bombastic piece of work and EMI understandably struggled to get it to appeal to the fans of the first album. See DiS’s very own review of first single ‘Chosen One’ for a textbook slab of second album dismissal.

So talking to the band’s current singer and former drummer, Lisa Milberg, in a hotel bar that screams affluence, you get the impression that the band has left a variety of scars, not all of which are displayed with pride. Lisa is tall, elegant and dressed immaculately, a New Power Generation member in a '70s cowboy shirt. She sips red wine slowly, often taking time to gather her thoughts. As she reminisces on the success of the first album she speaks softly yet bluntly.

“We got five stars in a lot of reviews yet throughout I thought ‘it’s not even that good, I was drunk when we did that’. It wasn’t such a big deal. It’s just something we did because we were friends. To be honest all the uncritical praise nearly pissed me off… nearly.

“I guess it’s the same thing with all debut albums. It’s very pure and naïve, and most of the best things about it are accidental. It’s a nice combination of us thinking that we know everything - we know some things - but mostly we didn’t have a clue. It’s interesting when you’re in that position, you’re very sure of yourself and when you look back you’re like ‘God I had no idea’. It’s a nice place to be, you’re very unafraid. I didn’t give a shit when the record came out.”

As we’re looking a time period, a period where a sound that could be placed with Swedish bands, had been a presence in the charts, Lisa is eager to address what a misconception that very approach is.

“This is your very very English perspective, and this is very annoying as both English and American people view it is that there’s room for only maybe three Swedish bands at the time. But it’s weird because there should be, there could be a thousand Swedish bands and it shouldn’t be a problem. It’s not a problem if there’s a thousand English bands or American bands. It’s almost as though it’s viewed in the same way as world music. I understand that’s the case but I find it weird, it’s just European music, that includes England.”

Lisa is completely right. I try and fob it off on the short sightedness of major labels and the vast access to swathes of free music on the internet;

“I’m a big fan of the internet. I download individual songs. I love enjoying songs bands give away as they build toward an album release or something.”

“At the moment I do have to say I want there to be a new internet. I would really like a new fresh internet. I feel the music getting attention is written by the same seven people and it sounds the same. I can’t really explain why that is, I guess it’s down to a lot of things, maybe there’s a certain type of music that you can make very cheaply and there’s a certain type of music that sounds good on computer speakers. It happens to be maybe that the seven people writing all the songs are friends and they’re the seven people writing all the blogs. That’s the answer. I feel like I’m missing out on other things that I don’t know where to find any more.”

There’s a pertinent point there, new digital behaviour patterns are being developed and locked down. After the dust had settled with EMI, The Concretes had to look for a new method, a new way to make music, thrusting Lisa to the front whilst missing the financial support of EMI as the entire industry set adrift. Their third album Hey Trouble sets out its intention from the title and produced their most beguiling album. It was stripped back folk music stabbed with keyboard lines that crashed with mechanical funk. ‘Kids’ was an anthem for the displaced and ‘Are You Prepared’ matched a Motown chorus with mean guitar sounds and heart breaking harmonies. It’s a shame that as an album, it’s Lisa’s least favourite.

“When we recording Hey Trouble I felt a lot of things, a lot of things that I maybe didn’t realise at the time. In retrospect I think I felt very pressed to do something, to prove something to myself and to the band. It just wasn’t a very nice process.”

It was an album they had to make though, an exercising of demons and a clearing of the slate. There’s been three and a half years since it came out and it’s given the band time to re-evaluate and see if they want to continue. Which they always knew they did. WYWH is a disco album of the highest calibre, a million miles away from the Eighties synth sounds and offbeats that are everywhere now. WYWH is a midnight album, with an analogue feel and a last dance temperament. It’s their most beautiful album with the heaviest rhythms yet, as Lisa explains;

“I realised that the Bee Gees’ ‘Love You Inside And Out’ has the best tempo ever in the history of tempos, so I wanted everything to be in that kind of pace. Around there is the perfect pace. I think the pace is always the main thing; it has to be, even in films and everything. In terms of songs, ‘Good Evening’ the first one is a tribute to My Morning Jacket. Did you know they did a song on their last album called ‘Touch Me I’m Going To Scream Part II’? Jim James has my favourite voice out of everyone. They did a disco song which is the most underrated song, when it came out it blew my mind. I think I listened to it a hundred times in a row, he’s a genius, so I wanted a song to kind of say thank you.”

It feels like ‘WYWH’ is a series of thank you songs, a recognition and acceptance of the past whilst looking forward. First single ‘All Day’ is as optimistic as any Concretes song yet wallows in big, reverberating keyboards and tightly plucked guitar melodies, it’s Lisa’s comfort music. Now an experienced front person and with nothing to prove or fight against, the band have knuckled down on an idea and committed to it 100 per cent, it’s sleepy, sensual and hypnotic;

“This time round it was a very, very nice experience. We did it because we wanted to and we didn’t do anything we didn’t want to.”

Reflecting her role as sole lyricist and providing a series of songs for the album has also given Lisa more confidence.

“I think this time around, for my songs, when I write them they’re pretty much finished and I know what I want them to sound like but I can’t do it without the band. Some of the songs I wrote because I intended to record them on my own, and I failed miserably, time and time again. When I present them to the band they’re obviously very skeletal as it’s just me and the piano and they immediately understand. They’re all geniuses and I love them to bits. But then I think we pretty, once we understood… this might me be me lying. We had one song that we finished, and once we were happy with that we used it as a template for the other songs, in a way. Because I think these fell more like siblings than any previous albums.”

WYWH is the most daring homage to the music of the past and the tenderest series of love songs you’ll hear this year, possibly this decade. With time to fall in love with music again and renewed energy as a unit, it’s wonderful to see bands continue and succeed after their life on the major label. Everything is changing and all too often bands are criticised for changing to, or against, the times. Whilst it’s hard to understand that logic it seems to be prevalent, with chart music becoming increasingly uniform. Therefore it’s exciting to know The Concretes will always try something different. The Concretes are ahead of the curve, be it a blessing or a curse, and they will always give us something to look forward to.

WYWH is released on November 8 through SIC records. More on our Nordic Series here.